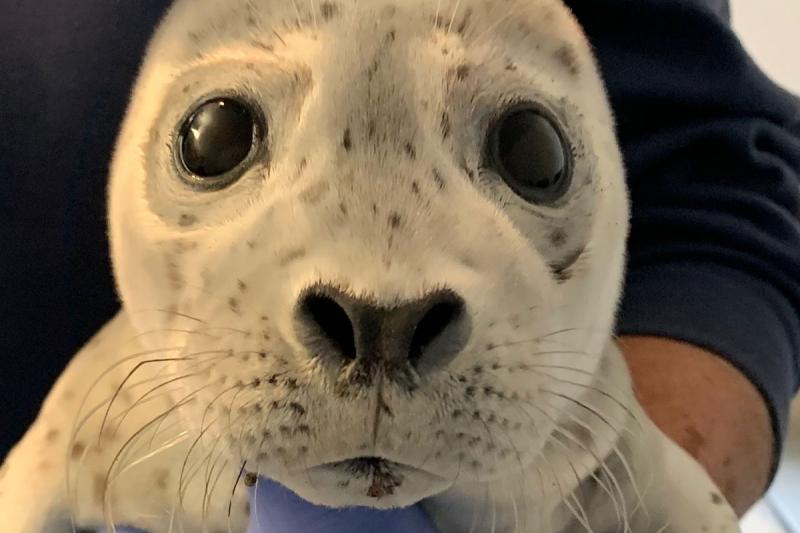 A harbor seal pup harassed by beachgoers near Ocean Shores, Washington, was rescued by the Washington Department of Fish and Wildlife after monitoring showed that its mother was not returning. World Vets stabilized the pup at its marine mammal urgent care clinic in Gig Harbor, and then transferred the animal to Wolf Hollow Wildlife Rehabilitation Center on San Juan Island until it can be released back to the wild. Photo courtesy of World Vets.

Newborn harbor seals belong on the beach with their mothers. An Enforcement Officer from NOAA Fisheries’ Office of Law Enforcement recently had to rescue one instead from the passenger seat of a private vehicle in Washington.

The pup still appeared healthy, and the Enforcement Officer returned it to the nearby coastline where the beachgoer had taken it. The beachgoer said he feared the animal was abandoned and intended to rescue it. It is more likely, though, that he did just the opposite.

More and more people are returning to the beach this summer. NOAA Fisheries urgently reminds everyone to Share the Shore with wildlife by giving marine mammals space on the beach. Call it “wildlife distancing.” Beachgoers should stay at least 100 yards from seals and sea lions—that’s about the length of one football field.

Seal pups may haul out in the same place on shore for several days or weeks at a time. “That does not mean the pups are abandoned,” said Kristin Wilkinson, Regional Stranding Coordinator in the Northwest for NOAA Fisheries’ West Coast Region.

No matter how worried you might be about animals on the beach, moving them reduces their odds of survival. If you are concerned an animal is injured or in danger, call the West Coast Marine Mammal Stranding Network at (866) 767-6114. 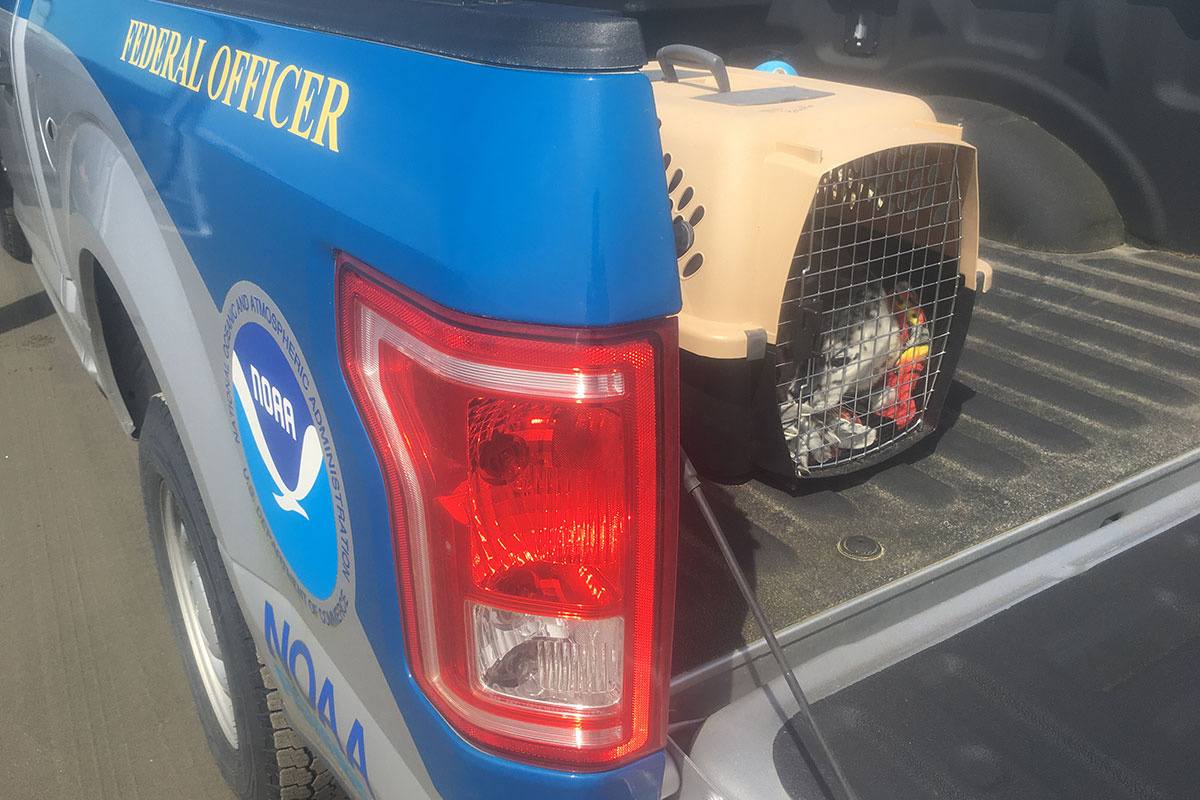 Pups taken from and then returned to the beach may be abandoned by their mothers. Responding biologists monitor pups in these cases to see if the attending female returns. If she does not, the pup likely will not survive. In such cases, the pup may be taken in for authorized rehabilitation to give it a second chance.

However, wild animals taken into rehabilitation centers, even if released later, are less likely to survive in the longer term, research shows. Their odds of survival are best when left alone.

“When there are people and dogs and other disturbances, mom’s not going to come back,” said wildlife biologist Dyanna Lambourn of the Washington Department of Fish and Wildlife, which is helping to monitor the seal pup returned to the beach. “Until mom feels it’s safe to come back, she won’t.”

Seals are protected by the Marine Mammal Protection Act, which makes it a federal crime to harass or interfere with the natural behavior of wild marine mammals. The Act recognizes that marine mammals are themselves an important part of the marine ecosystem They should be protected from interference as they hunt, feed, communicate, socialize, rest, and care for their young.

Harbor seal populations on the West Coast have rebounded from low levels resulting from historic hunting. Now they are considered to be at healthy numbers.

Nursing pups remain with their mothers for four to six weeks before learning to forage and survive on their own. Pups will spend extended hours on shore resting and regulating their body temperature. Up to half of the pups born may not survive their first year of life.

Many harbor seal pups are too young to have developed a wariness of people and may not flee when approached while resting and warming up on shore.

What to do if you think a marine mammal may need help:

Visit Share the Shore for more information, including frequently asked questions about safely viewing wildlife on the West Coast.