Invest in jobs and the economy by eating more seafood. 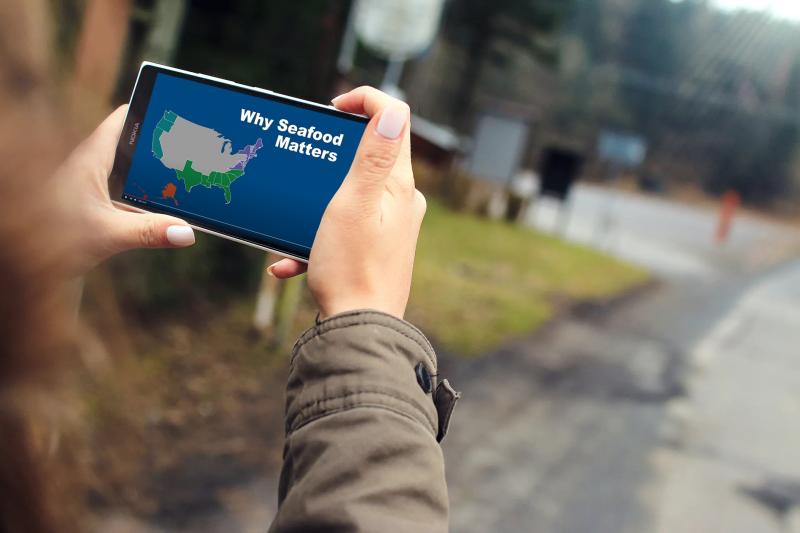 The U.S. seafood industry is a powerful economic driver. Nationally, it supported 1.2 million jobs and added $69.2 billion to the gross domestic product in 2017. Commercial harvesting, farming, processing, and retail are also major assets for local and regional economies.

While the COVID-19 pandemic is creating serious, ongoing challenges, the United States recently reaffirmed its commitment to building a stronger seafood industry. And you can help! Investing in our economy, supporting sustainable practices, and staying healthy are as simple as eating more U.S. seafood.

Watch these videos to learn more about why seafood matters in your region. You can also find delicious recipes and facts about what makes U.S. seafood sustainable on FishWatch.

Alaska’s nutrient-rich waters support some of the largest and most successful fisheries in the world. For example, the Alaska pollock fishery is worth an estimated $1.9 billion and supports nearly 30,000 U.S. jobs. The state is also home to a burgeoning aquaculture industry—the largest kelp farm in North America is located off southeastern Alaska.

In 2017, seafood landings in New England and the Mid-Atlantic regions were valued at $1.8 billion. The region is also home to aquaculture production and research that provides employment and business opportunities for coastal communities. In New England, the seafood industry generated $5.6 billion in personal and proprietor income, while that impact totaled $3.8 billion in the Mid-Atlantic.

Honolulu, Hawai’i ranked 7th on the list of top U.S. ports by value in 2017. The state’s seafood industry generated $275 million in personal and proprietor income that year. In the Northern Mariana Islands, Guam, and American Samoa, fishermen landed a total of 4.6 million pounds valued at $6 million.

Farmers in the Gulf of Mexico produced 31 percent of U.S. marine aquaculture products in 2017. That same year, commercial landings were valued at $890.3 million in the Gulf and $193.5 million in Southeast states. Fishermen in Puerto Rico and the U.S. Virgin Islands also landed a total of 1.7 million pounds of seafood valued at $9.4 million. As an industry, seafood generated $6.4 billion in personal and proprietor income in the Southeast and Gulf states.

The seafood industry in 2017 supported 152,508 jobs in California—more than in any other state. Across the region, the seafood industry generated $9 billion in personal and proprietor income. Marine farmers in Washington, Oregon, and California also continued to provide sustainable seafood and business opportunities for coastal communities.

Last updated by Office of Communications on October 23, 2020