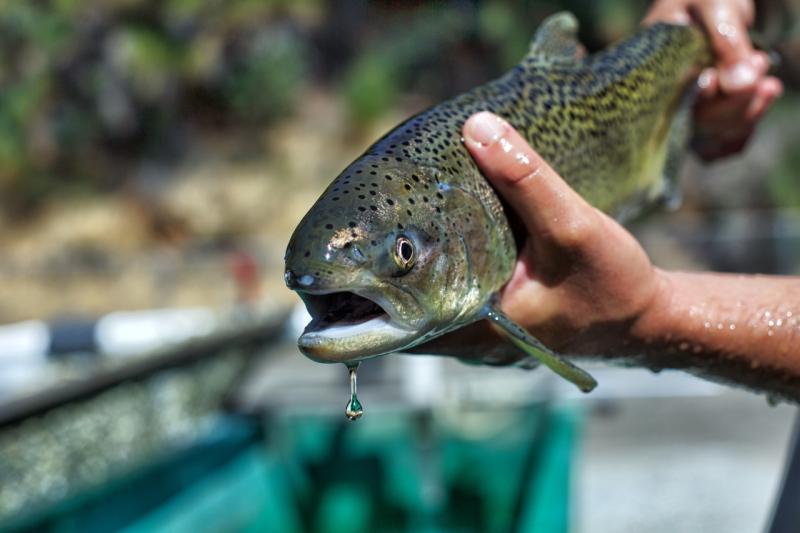 Biologists have estimated that almost 3.8 million juvenile winter-run Chinook salmon headed down the Sacramento River toward the ocean this year. This is the most offspring in a decade for the highly endangered population.

Typically about 80 percent of the outgoing juveniles have headed for the ocean by this time of year. This year’s total thus far is the most since 2009, when about 5 million juveniles traveled downriver.

The rebounding numbers of winter-run Chinook salmon reflect the critical help of a conservation fish hatchery and balanced water management. More favorable ocean conditions also benefited the parents of this year’s surging crop of juveniles, biologists say. About 8,000 adult fish returned to the Sacramento River to spawn earlier this year, the most since 2006. 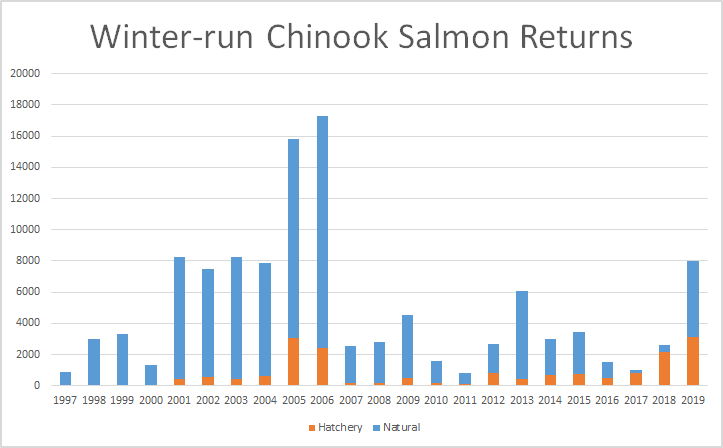 Source: California Department of Fish and Wildlife Service. Note: returns for the year 2019 are estimated.

“These fish continue to impress us with their resilience and their ability to survive if given the opportunity,” said Maria Rea, Assistant Regional Administrator for NOAA Fisheries’ California Central Valley Office. “By working cooperatively, we can make the best use of our suite of tools to protect and recover these endangered fish.”

Other Year-Classes of Natural Production Lost to Drought

Biologists took the emergency action of supplementing the critically low numbers by releasing about 600,000 juvenile winter-run Chinook salmon in 2014 and 400,000 in 2015. They were released from the U.S. Fish and Wildlife Service’s Livingston Stone National Fish Hatchery. It was an extraordinary measure that biologists had to balance against the risk of the population becoming dependent on hatcheries for its survival. In this case, it turned out to be a lifeline for the endangered species, boosting the numbers of returning fish enough to outlast the drought.

The parents of this year’s juveniles went to sea in 2016 and early 2017 as the drought was waning and conditions were improving. 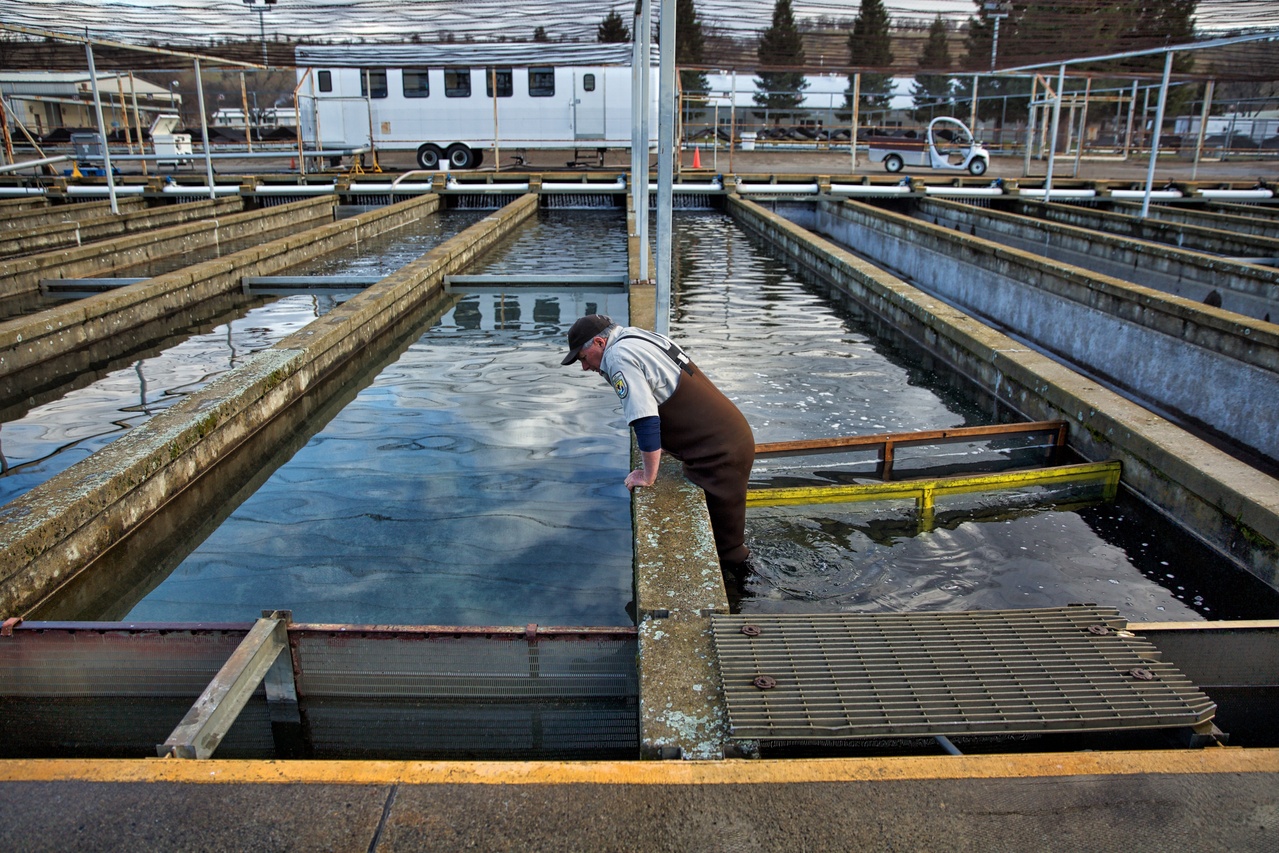 The Livingston Stone hatchery also revived its captive broodstock program, raising some winter-run Chinook salmon to adulthood and then transferring their offspring to Coleman National Fish Hatchery. Biologists have used the additional juveniles to jumpstart the reintroduction of winter-run Chinook salmon to their historic habitat in Battle Creek. Almost 100 of those fish released as juveniles returned to Battle Creek as adults this year, underscoring reintroduction as an effective recovery strategy.

While the results are promising, an overdependence on hatchery fish could undermine the population’s genetic heritage and fitness. Biologists are tracking the proportion of hatchery fish among the returning adults to address the potential risk to the winter-run population. 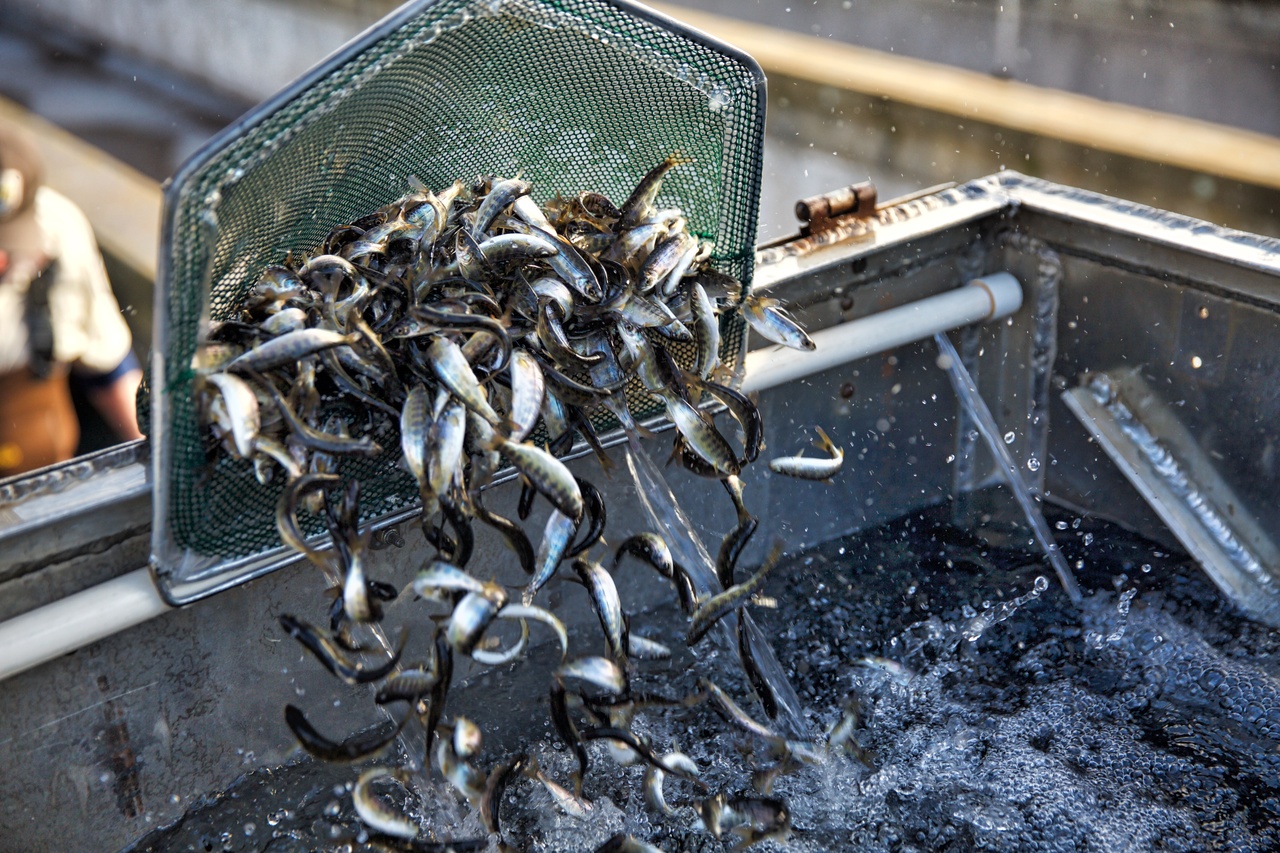 “We were fortunate to have the hatchery to help us save this species, and two years of wet weather winter flow conditions made an important difference too,” Rea said. “We now need to stay focused on our priority conservation measures, such as habitat, to stabilize and recover the population in the long run.”

The strong returns and reproduction of California’s winter-run Chinook salmon this year stand out against low salmon and steelhead returns to other major West Coast rivers such as the Columbia. Fishermen also reported one of their biggest catches of Sacramento fall-run Chinook salmon off the California Coast in years.

Winter-run Chinook salmon historically returned to spawn in the cold mountain rivers of Northern California. Completion of Shasta Dam in 1945 cut off that long-distance migration. The fish were then forced to spawn in the exposed main channel of the Sacramento River below the dam, far from their historic cold-water habitat. They spawn in the summer where they are vulnerable to high temperatures that can stress and kill their eggs.

Biologists and water managers coordinate the storage and release of cold water behind Shasta Dam to cool the river downstream. This helps the fish and their eggs survive the hot summer months. After the losses in 2014 and 2015, they took additional measures in 2016 to conserve the cold water for use later in the summer. 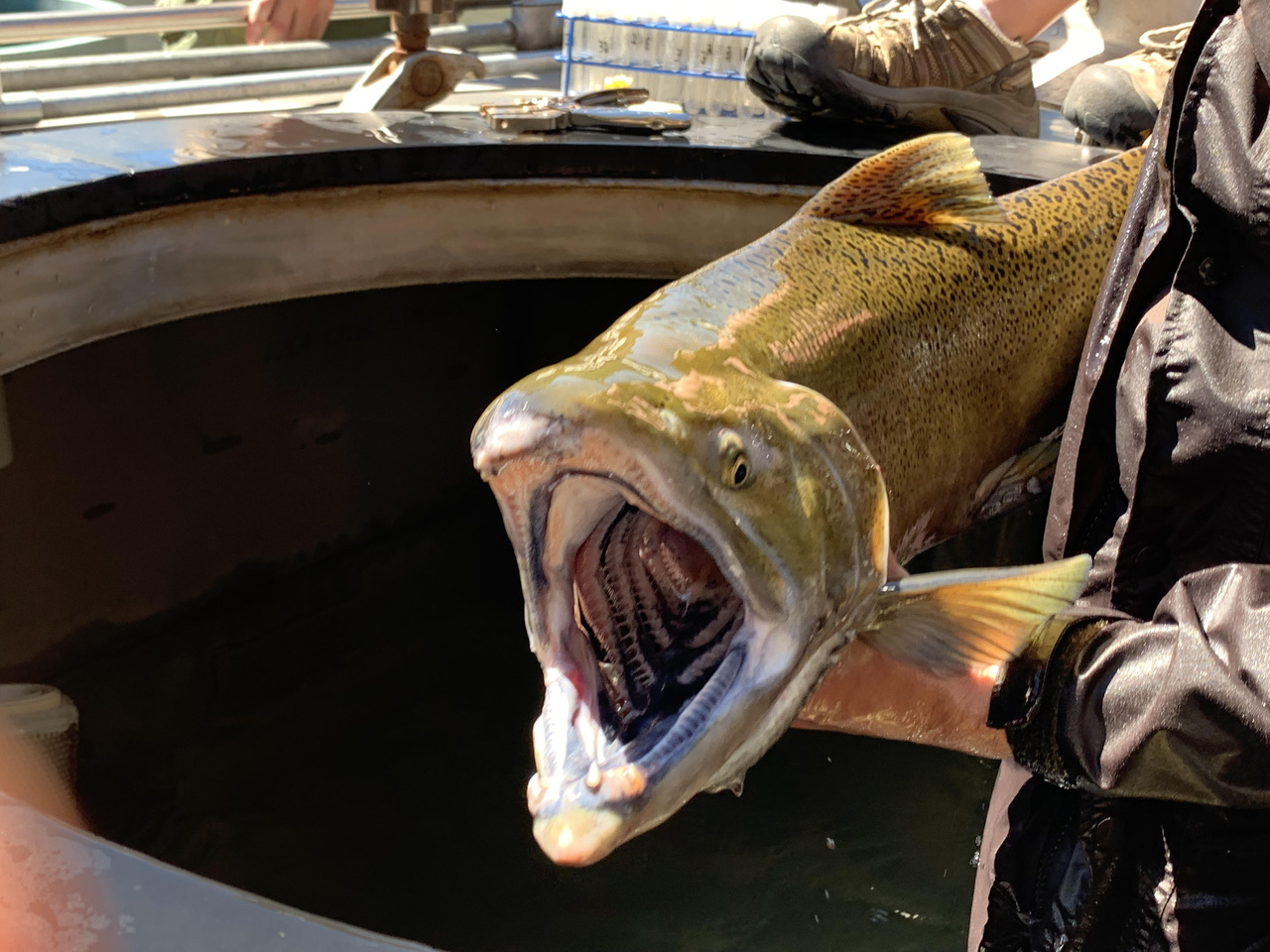 “It is encouraging to see an increase in the number of winter-run juveniles moving down the Sacramento River this year,” said Dan Castleberry, Assistant Regional Director for the U.S. Fish and Wildlife Service in Sacramento. “Combined with efforts to establish an additional population of winter-run in Battle Creek, we are making positive steps towards recovering this iconic fish.”