Q&A with the former head of NOAA Fisheries about the importance of fish habitat and the law protecting it. 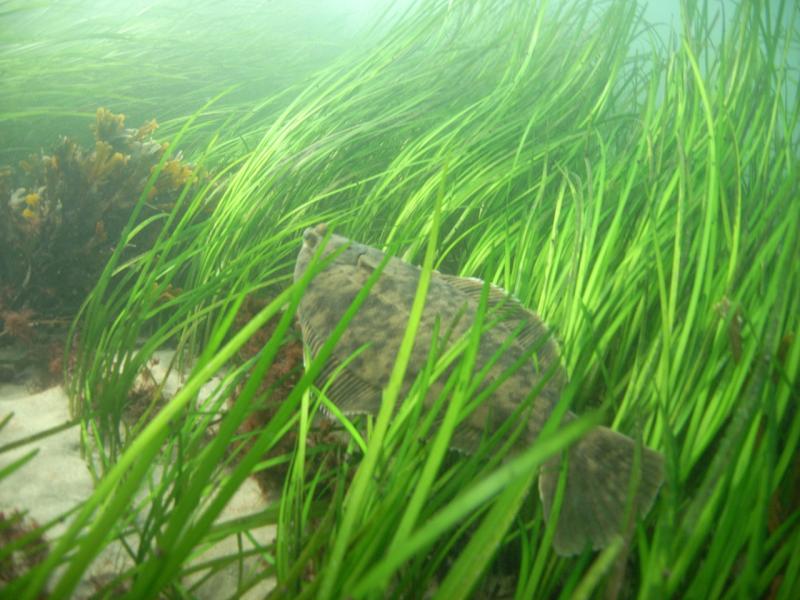 Fish habitat earned legal respect 20 years ago when Congress added it to the Magnuson-Stevens Fishery Conservation and Management Act, the nation’s main fisheries law. We chatted about the role of Essential Fish Habitat with Eileen Sobeck, who led NOAA Fisheries from 2014-2016.

Why is habitat important to the fish we catch?

Fish aren’t just sitting there in the ocean waiting to be extracted. They are living in an environment, in a habitat, just like terrestrial species. To pretend that there will always be fish out there if their habitat is destroyed or polluted or otherwise compromised would be naïve.

What does habitat mean to you?

I’ve been snorkeling on coral reefs since childhood. I’ve been lucky enough to go diving and snorkeling all across the United States and the world. Just last month in Hawaii, I managed most mornings to go snorkeling outside my hotel. You can’t help but understand the concept of habitat supporting an entire ecosystem when you see a coral reef.

We’ve reached 40 years of the Magnuson-Stevens Act, and 20 years of its Essential Fish Habitat provisions. What’s exciting about these anniversaries?

I think that the Magnuson-Stevens Act doesn’t get the credit it deserves as a conservation success story. We’re near the lowest number of overfished stocks and near the highest number of recovered stocks. And we’re at or near the highest levels of economic value of landings and number of jobs that are supported by fisheries. Those two sets of facts, juxtaposed, show that you can both recover and conserve fisheries, and allow them to be even more successfully economically exploited. Recovery and commerce are not mutually exclusive.

With adding Essential Fish Habitat 20 years ago, and in 2007 a serious set of amendments that increased accountability for overfishing, this statute allows us to actually show what the successes are. We’ve gone from having relatively unrestricted foreign fishing in our 200-mile zone, to having carefully managed fisheries, where we have corrected for historical overfishing. We are among the most sustainably managed fisheries in the world. That’s a huge success story.It’s been a good investment for the American people.

How does habitat fit into our success at addressing overfishing?

For many years, a common complaint we heard was that we were more focused on cutting back fishing and not on other activities that might help increase fish populations, such as improving fish habitat. Before Essential Fish Habitat was designated, it was very difficult to figure out how to address those other factors, like habitat, especially when overfishing practices were such an obvious concern. There was a feeling of “get your own house in order first.”

Today, overfishing has been largely addressed. Commercial and recreational fishermen should be proud of the sacrifices they have made in order to get fish stocks to a point where they aren’t subject to overfishing. This gives us some breathing room to focus on habitat.

How effective are Essential Fish Habitat (EFH) policies as a tool for conservation?

EFH continues to be a highly valuable, key provision in the Magnuson-Stevens Act that opens up possibilities. There’s a direct opportunity to have an impact through EFH consultations. Assembling the facts, getting the science right about the importance of habitat, where it is, drawing those relationships between the habitat and the actual animals in their life stages—and making sure that information gets out there.

Our focus here in NOAA Fisheries is really on fisheries-related habitat. EFH helps us stay on target, and I’m especially proud when we use that authority to support conservation priorities, like those in our Habitat Focus Areas. In those specific places, we’re really trying to make a difference in order to benefit fishery resources and coastal communities as we face environmental changes.

What’s the fishing industry’s perspective on a changing environment?

I was very pleased when I got here and realized that fishermen were not resistant to talking about climate change and the changes that they’ve seen in the ocean. Because they work every day in the same areas, they’ve seen it and recognize the changes in fish patterns. There was not an overall denial that nothing different is happening in the ocean.

What’s your vision for the next 20 years of fisheries management, and what role does Essential Fish Habitat play?

The challenge for EFH is how to deal with the fact that the ocean environment is changing. We’re doing a lot of interesting modeling about which fish species are most likely to be affected by changing ocean temperatures or ocean acidification. I don’t think there’s going to be a one-size-fits-all for EFH. There’s an opportunity to get the habitat science right and make sure that information gets out there. EFH will be important as we implement ecosystem-based fisheries management and work to identify hotspots of fisheries productivity.

Also, the future of aquaculture is going to be an important chapter in the next 20 years of fisheries management. It will be a challenge, to maintain wild fish and their required habitat needs, while aquaculture develops in a compatible way. I think that is possible.

What should we be teaching the next generation about conserving fish habitat?

The general idea of connectedness. You can’t dump millions of barrels of oil into the Gulf of Mexico and think that it’s not going to have an effect on wildlife. If you pollute the place you live, you’re not going to grow up healthy and strong. I think kids get that connection way more than a lot of their parents do. Many individuals are less and less connected to their physical environment and the great outdoors. We can help in making that connection.