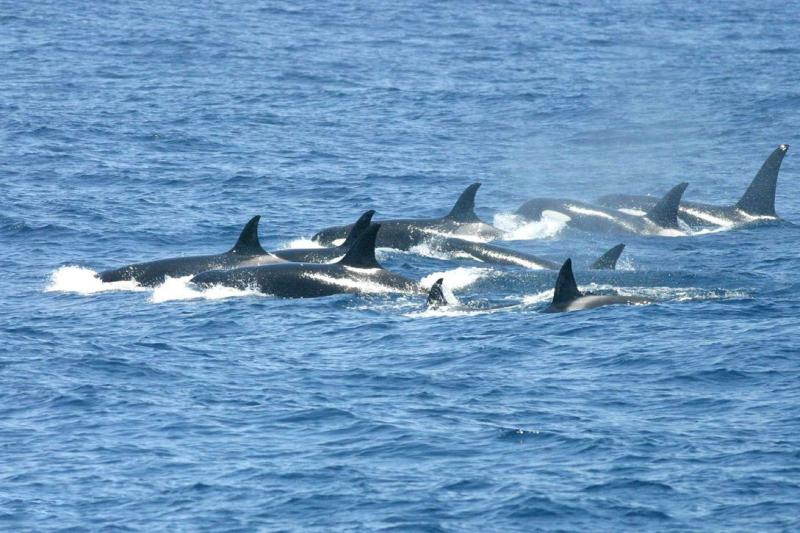 Today we announced that we are expanding designated critical habitat for endangered Southern Resident killer whales. They will now include most coastal waters from Washington to Monterey Bay in California—formerly they encompassed only most of the inland waters of Washington. This designation encompasses waters where we now know that the Southern Residents hunt for salmon from West Coast rivers and other marine species.

We appreciate the nearly 2,000 comments on our proposal to expand the designated critical habitat. The Endangered Species Act defines critical habitat as areas with “physical or biological features essential to conservation of the species” that may need special protection.

While the expansion of critical habitat recognizes that the whales forage across much of the West Coast, it is unlikely to extensively affect coastal activities, such as fishing. That is because NOAA Fisheries and the Pacific Fishery Management Council, which provides recommendations to NOAA Fisheries on fishing seasons and regulations, already consider killer whales and Chinook salmon when setting salmon harvest quotas. NOAA Fisheries is currently taking comments on a proposal from the Council to limit commercial and recreational fishing in certain areas as far south as Monterey Bay in California in years when salmon returns are expected to be low.

NOAA Fisheries completed a biological opinion on the operation of dams on the Columbia and Snake Rivers in 2020. It considered the potential impacts on Southern Residents and their prey since they have long been known to feed on Columbia and Snake River salmon. The opinion found that hatchery salmon more than make up for any reduction in salmon numbers related to the operation of the dams.

Recent research based on the DNA signatures of West Coast salmon stocks showed that killer whales prey on salmon from a diversity of West Coast rivers. They span as far south as the Sacramento River and north to Canada and Alaska. Recovery actions for killer whales include:

The designation of critical habitat provides an extra layer of protection when a federal agency takes an action that could impact the critical habitat of the whales. It also sends the message that everyone on the West Coast has a role to play in supporting the whales’ recovery.

“While the Southern Residents may be best known in the Pacific Northwest, the whole West Coast can contribute to recovery of the whales and the salmon that they rely on,” said Lynne Barre, recovery coordinator for the Southern Residents. “Regardless of where they are foraging, they feed on a mix of salmon from different West Coast rivers. That means the way we all use water, the way we protect habitat, how we handle our storm runoff—it all makes a difference.”

There was one notable change from the coastal critical habitat NOAA Fisheries originally proposed in November 2019. This was changed to reduce the excluded buffer area around the excluded Quinault Range Site, which is used by the Navy for various training and testing activities in support of military readiness. The final designation also includes a biological explanation of how human-induced noise impacts the conservation value of the designated critical habitat for endangered Southern Resident killer whales.