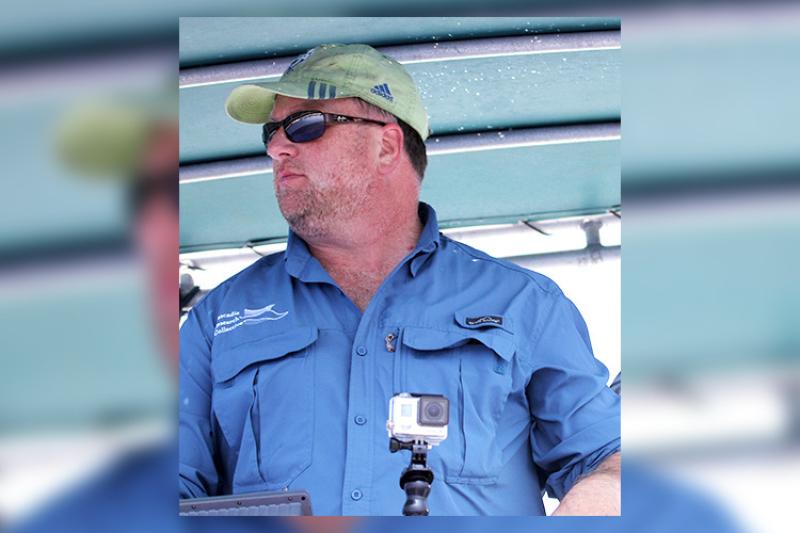 In this Q&A, edited for clarity and length, we talk with Dr. Robin Baird, a research biologist at the nonprofit Cascadia Research Collective, about his work. Founded in 1979 and based in Olympia, Washington, Cascadia conducts field research on marine mammals and other wildlife and provides those results to the scientific community, conservation managers, and the general public to ultimately benefit the conservation and management of protected species.

Though he spent many years studying killer whales in British Columbia and the adjacent waters of Washington, Baird switched over to studying Hawaiʻi’s numerous cetaceans, especially false killer whales, in 1999, and joined Cascadia in 2003.

He has frequently collaborated with experts at the NOAA Fisheries Pacific Islands Regional Office and Pacific Islands Fisheries Science Center, as well as those in other NOAA regions. He is also a member of the False Killer Whale Take Reduction Team, a formal group of fishermen, scientists, and conservation managers charged with developing a collaborative solution for reducing the unintended injury and mortality of false killer whales in the Hawaii-based longline fishery.

How did you get into cetacean research? Was it something you always wanted to do?

I was studying biology at Camosun College in Victoria as an undergraduate student, but I was not particularly interested in whales and dolphins. And then one of the ecology instructors took us on a field trip where we visited the whale museum at Friday Harbor [in Washington] and spent some time watching killer whales off San Juan Island. And it was that field trip and some additional opportunities that were provided through the ecology class that got me interested in cetacean research.

Why did you start studying Hawaiʻi’s cetaceans and why is that an important endeavor?

Hawaiʻi has 11 different species of dolphins and whales that are resident to the islands, which is more than anywhere else in the world that I'm aware of. The islands are in the middle of the Pacific Ocean and in an area that has very low productivity, and all of these open-ocean species have basically found the islands and made the islands their home. There is such a high diversity in Hawaiʻi and most of the species of dolphins and whales in Hawaiʻi have really received very little in terms of attention and research, so it’s an amazing opportunity to get to study them. And there's just a lot to learn—even though I've been working there for 20 years now, we're still learning major new things every year about one or more of the resident species that are in the islands.

Is there anything in particular that you've learned that really stands out to you? 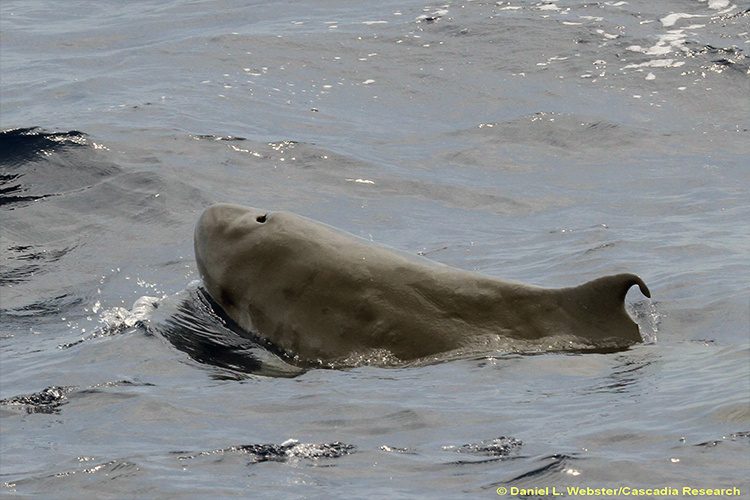 A dwarf sperm whale, which Baird and colleagues have spotted nearly every year off Kona, HI over a 13-year period. Credit: Daniel L. Webster/Cascadia Research Collective.

A good example is from dwarf sperm whales, which are one of the least known species of whales in the world. We've been taking photos of them off of the Island of Hawaiʻi and we have one individual, for example, that we've seen in 10 different years over a 13-year span. To the best of my knowledge, this is the only current photo ID catalog of this species anywhere in the world, and the only real evidence of a resident population for dwarf sperm whales anywhere is coming from these photos.

A lot our work has been focused on false killer whales which are endangered in Hawaiʻi and have the greatest conservation concerns of any species of whale or dolphin here. Based on photo identification and abundance estimates, we discovered that the population is relatively small—the most recent abundance estimate is in the range of about 160 individuals. We've also been collecting genetic samples (little skin biopsies) over the years and the genetics work has basically shown that the false killer whales around the main Hawaiian Islands arose from a single colonization event at some point in the distant past. So it's one group of false killer whales, all closely related, that basically discovered the islands and made the islands their home. And based on the genetics, the animals around the islands are distinct from other false killer whales anywhere else in the Pacific or the world.

What are some of your current research projects?

With false killer whales, our work in recent years has been focused on both trying to get a better idea of where the animals spend their time, and how that may overlap with either fisheries or various oceanographic things that are going on around the islands, such as currents and eddies. We've also been trying to understand what factors are limiting the population or influencing the population, and that includes looking at pollutant levels in blubber samples and how often individuals are injured in fisheries interactions.

To achieve its research and conservation goals, NOAA Fisheries utilizes state-of-the-art technology. How have advances in technology affected your own research?

We initially started off with a couple of different techniques, such as taking photos of individuals (for individual photo ID catalogs) and biopsy sampling. In 2007, we started using satellite tags that attach to dorsal fins with two titanium darts, and which we deploy remotely with an air rifle or pneumatic projector. Those tags have really changed what we know about where the animals spend their time.

We're now collaborating with researchers and companies to deploy a new type of tag called a SMRT Tag. With the satellite tags, we don't get them back—they just send the information of where they are and potentially what the animal is doing via satellite and then they eventually fall off and sink. With these SMRT tags, they're also attached by darts, but they have a release mechanism; if we're with the animal we can send a signal to the tag that would cause it to just pop off and float up to the surface. And they record a lot more information—so not just where the animal is but also what it's doing in very fine detail, and it including acoustic recordings.

Last year, we also started incorporating drones into our work to assess body condition and health of individuals. And because we're able to match the drone photos to our catalogs, we can potentially get photos of the same individual over time and see how it changes seasonally. Or we could see how an animal may change body condition throughout the years and that can be used to assess how the population is doing. Are the animals big, robust individuals, or are they skinny individuals? And that tells you something about what threats the population may be facing and sort of what trajectory they may be on.

We've just started using drones in order to collect breath samples from animals. These breath samples are used to look at the respiratory microbiome. So what sort of organisms are effectively inhabiting the lungs of the animal? Are any of them pathogens that could be causing problems, or are they all part of the normal healthy microbiome?

What has been the most memorable experience throughout your research career?

Probably one of the most memorable encounters was with false killer whales. False killer whales have very complex social relationships and long-term bonds among individuals, and that leads to some fascinating behaviors.

Those types of interactions reflect the really strong social bonds that they have and that these individuals are really long-term companions. I think they share the fish in that way to establish or reaffirm their bonds and their trust. Other species will share prey but what's really unusual in this case is that they are passing the fish back and forth without actually eating it—and that behavior implies a different level of understanding about their relationship. It’s certainly one of the more unusual things that we've had the opportunity to see.