The First Oʻahu Pup Who Blossomed on Kure Atoll 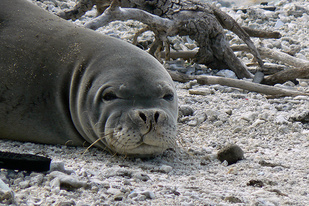 Notable Facts: She was the first Oʻahu-born pup in recent history (1991) and is the longest-lived seal known to be born in the main Hawaiian Islands (24 years). Shortly after weaning, she was translocated to Kure Atoll in the Northwestern Hawaiian Islands to bolster the small seal population there.

The monk of the month for April is RZ20, an adult female also known as Petunia.

Petunia was the first monk seal born on O‘ahu in modern times. Born on the "ides of March" in 1991 on the North Shore, she was 24-years old when seen last in 2015. Shortly after her birth, severe flooding from a heavy rain storm washed her out to sea. But thanks to round-the-clock monitoring of this notable first-born, rescue teams were able to reunite Petunia with her mother. What a lucky pup!

After nursing for 46 days, Petunia weaned at an enormous 220-pound (100-kilogram) weight and 50-inch (128.5-centimeters) axillary girth (circumference just behind her fore flippers). As a comparison, pups typically wean at just 110–175 pounds (50–80 kilograms). To put Petunia's size into perspective: Of the more than 400 just-weaned pups that have been weighed, only three were heavier than her. She was certainly a roly-poly blubber ball! Petunia's robust size at weaning was a direct reflection of her mother's health. 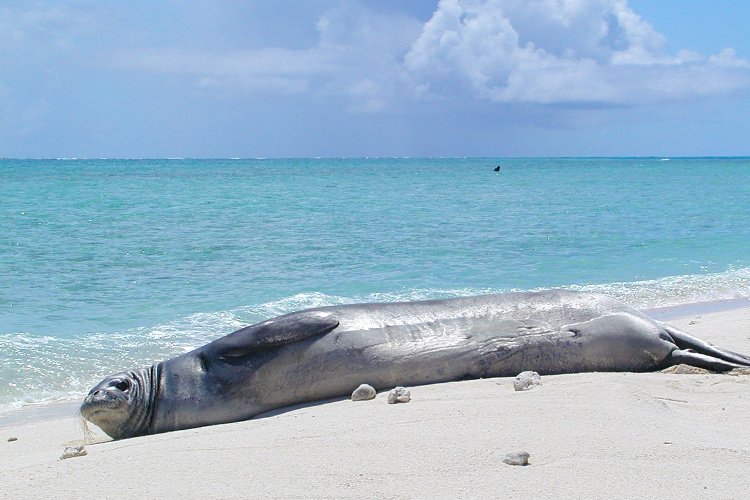 In 1991, monk seals were rare in the main Hawaiian Islands. In fact, Petunia and her mother were the only two seals seen on O‘ahu that year. Despite Petunia's favorable health, experts were concerned that she might not survive if left alone on an O‘ahu beach, where she could encounter people and dogs.

At that time, the Hawaiian Monk Seal Research Program focused its recovery efforts on bolstering the small seal population — numbering about 75 seals — at Kure Atoll in the Northwestern Hawaiian Islands. Harassment by dogs and people associated with a small U.S. Coast Guard Station located at Kure Atoll had previously caused the monk seal population there to dwindle. But the Kure monk seals began to make a comeback after protective measures, such as banning dogs and restricting human access to beaches, were implemented. Ironically, Kure had become an ideal place where Petunia could find refuge from the very threats on O‘ahu that once plagued seals at this remote atoll.

So, the research program captured Petunia shortly after she weaned and brought her temporarily to Sea Life Park on O‘ahu. The U.S. Coast Guard then flew her 1,400 miles to Kure Atoll, where she has thrived ever since. 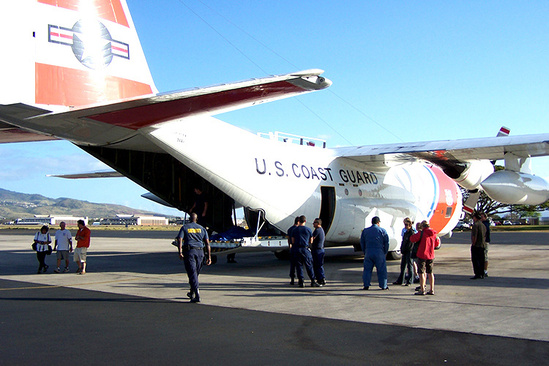 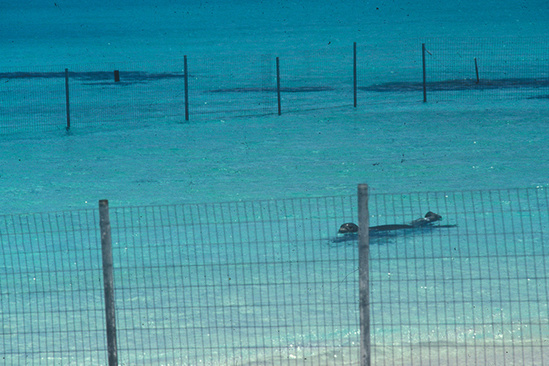 Left photo: US Coast Guard transported Petunia to Kure. Right photo: Petunia was held in a shore pen to acclimate to her new home prior to release into the wild.

Because of her healthy start, Petunia was much larger than any seal her age for most of her life. She has explored a little beyond the shores of Kure Atoll, having at least travelled the 60-mile (95.6-kilometer) distance to Midway Atoll in 1999, 2005, and 2011. Overall, however, Kure remained her adopted home for 24 years.

In 1990, the year before Petunia's birth, five healthy, weaned pups from French Frigate Shoals were also transported to Kure Atoll, where they'd have a greater chance of survival (Kure had more prey and less competition from other seals). These early cases, including Petunia's, were extremely informative to the Hawaiian Monk Seal Research Program because they definitively showed that pups taken to a new site after weaning actually remain there. Translocation subsequently became an important tool for conserving monk seals. 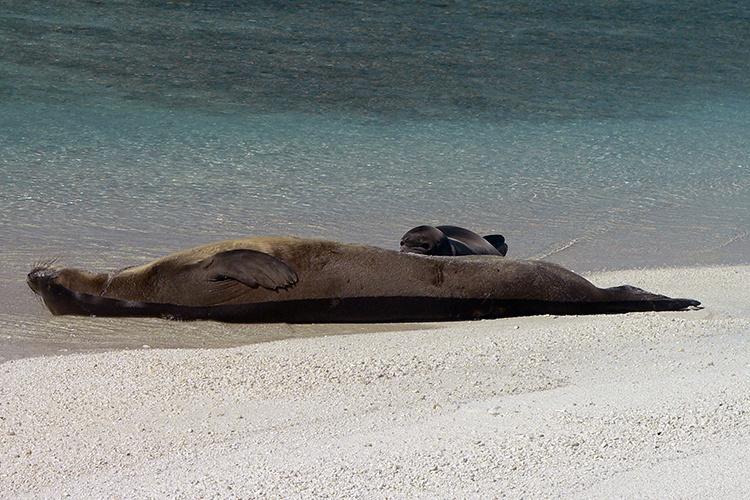 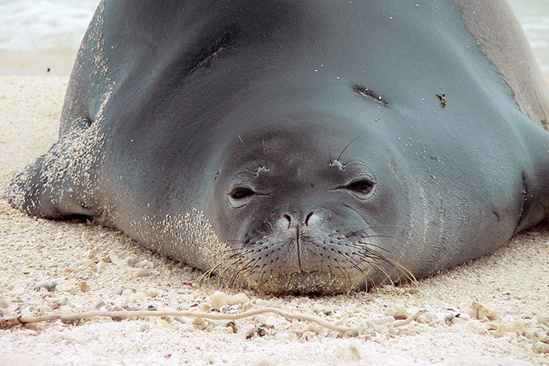 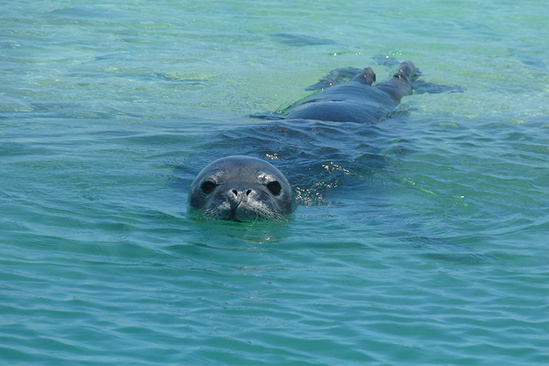 Petunia over the years on Kure Atoll.