Very few people are aware of the robust population of native oysters that once thrived in Southern California. Experts discuss how to best fix this missing piece of the coastal ecosystem. 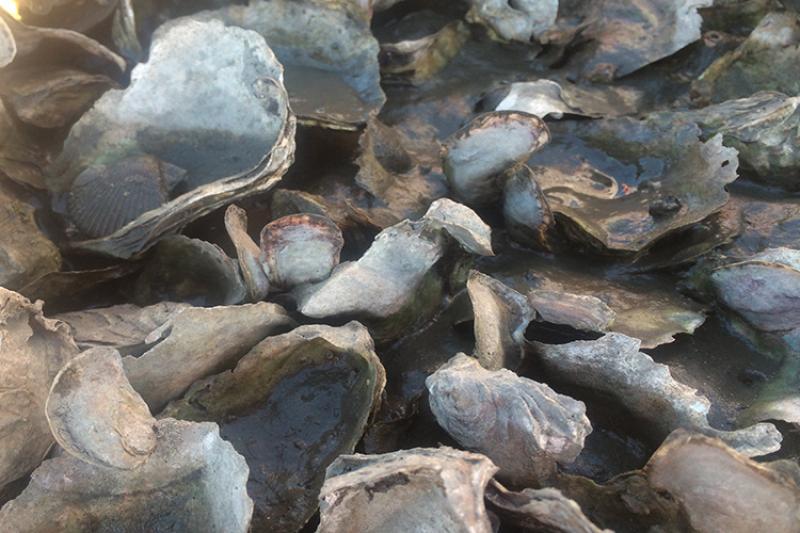 A forum earlier this year brought together experts to discuss how best to restore a missing piece of Southern California’s coastal ecosystem: Olympia oysters, long identified with the Pacific Northwest but once a vital fixture in estuaries, bays, and sounds along the entire West Coast from British Columbia to Mexico.

Olympia oysters once thrived in Southern California to the point that they stabilized shorelines and provided food for some of the earliest settlers, but overharvesting, pollution, and destruction of their shoreline habitat nearly wiped them out by the 1800s. Small remnant colonies still hang on, even in urban waters such as Newport Harbor and San Diego Bay.

“Many people are familiar with oysters grown in the San Francisco Bay area or in Puget Sound,” said Diane Windham, Aquaculture Coordinator for NOAA Fisheries’ West Coast Region, who participated in the forum, “but very few are aware of the robust population of native oysters that once existed right here in Southern California.”

The Aquarium of the Pacific, the American Honda Motor Co., Inc., and the Bren School of the University of California, Santa Barbara, hosted the forum of shellfish and restoration experts from academia, industry, government, and environmental groups. They shared ideas and initial plans to revive Olympia oysters in Southern California bays and estuaries.

Dr. Jerry Schubel, the Aquarium of the Pacific’s President and CEO, led the development of a report on the forum based on the information presented. “This forum is another example of the role the Aquarium plays as a convener and facilitator on issues important to the region, the state, and the nation,” he said.

Oysters are not only a delicacy, but the shellfish can also play an essential role in the overall health and stability of marine ecosystems. They attract algae and similar organisms to form the foundation of a healthy ecosystem while improving water quality through their own filter feeding. Their shells also help buttress fragile shoreline habitat against large waves, storm surge, or future sea level rise. In this way, oysters can serve as building blocks for restoring and protecting our coasts.

Remaining oysters in Southern California still produce offspring, but the buildup of sediment in many areas leaves little hard substrate where larvae can settle and grow. With more solid substrate, experts are convinced, oysters could recover substantially in several areas around southern California.

“Oysters are ecosystem engineers,” said Stacie Smith, Marine Habitat Resource Specialist with NOAA’s Restoration Center, who participated in the forum. “They engineer their habitat by providing a hard substrate with their shells to create a foundation where their offspring can settle, as well as provide benefits to numerous other species. Essentially we're saying, ‘if you build it, they will come,’ because they can thrive here once again, they just need a place to settle.”

One of the main discussions at the shellfish forum was how scientists and restoration partners can learn from projects like these to make the most of restoration opportunities in Southern California.

“The forum focused on identifying opportunities in Southern California to provide more resilient habitats by applying proven techniques for growing shellfish in our area, as well as others,” said Smith. “It’s important to bring groups like this together to look at what works for this region because Southern California coastal communities face unique threats and issues unlike anywhere else in the country.”

“The forum is the beginning of a conversation on the possibilities for oyster restoration,” said Windham. “What will follow is continued opportunities and projects that will increase and enhance restoration opportunities.”