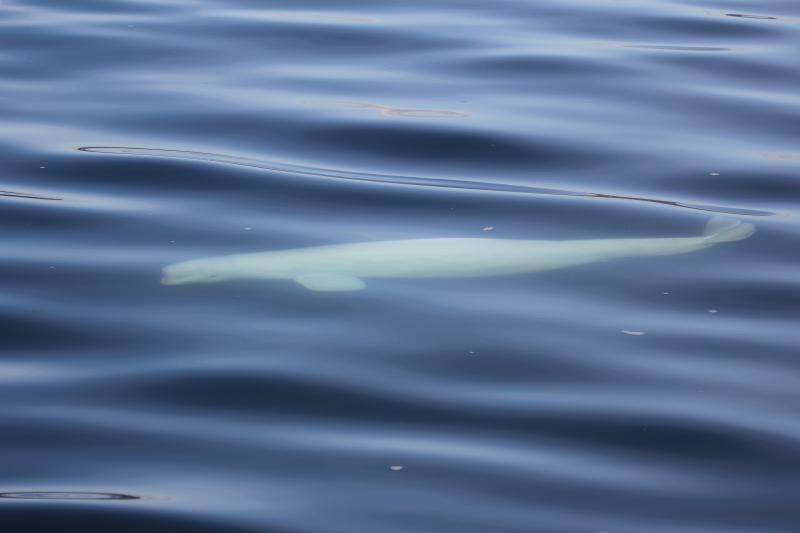 Scientists have collected genetic material from the beluga whale that was first sighted in Puget Sound in early October. It indicates that the whale is likely from a large population of beluga whales in the Beaufort Sea, part of the Arctic Ocean north of Alaska.

The whale appears to have traveled thousands of miles south around Alaska through the Bering Sea and south to Puget Sound. It was last sighted on October 20 near Tacoma. The whale does not appear to be from the small and endangered Cook Inlet beluga population near Anchorage, Alaska.

The genetic analysis involved sequencing DNA extracted from a water sample collected near the beluga whale in Puget Sound earlier this month. This material is known as environmental DNA, or eDNA, because it comes from skin, fecal, or other cellular debris found in the environment near the animal.

“The information that we can obtain from eDNA is more limited than what we can generate from a tissue sample, but can provide insight about where the whale is likely from,” said Dr. Kim Parsons, a research scientist at NOAA Fisheries’ Northwest Fisheries Science Center.

The genetic sequence obtained from the whale is short but most closely matches other beluga whales from the Beaufort Sea and high Arctic. The Beaufort Sea population was estimated at about 40,000 whales in 1992. Researchers are analyzing results from a more recent survey in 2019. The population migrates between the United States, Canada, and Russia.

Beluga whales are known to occasionally roam beyond their usual range in Arctic waters. There have been several reports of beluga whales off the coast of Maine and as far south as New Jersey on the East Coast, and two specific accounts off Massachusetts. Another beluga was photographed off San Diego last summer.

The West Coast Marine Mammal Stranding Network is prepared to respond if the whale becomes stranded. Sightings should be passed along as soon as possible to Orca Network at  (360) 331-3543. Please report any stranding on shore to the Stranding Hotline immediately at (866) 767-6114. 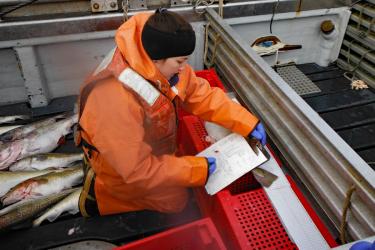 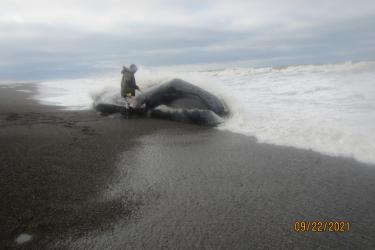