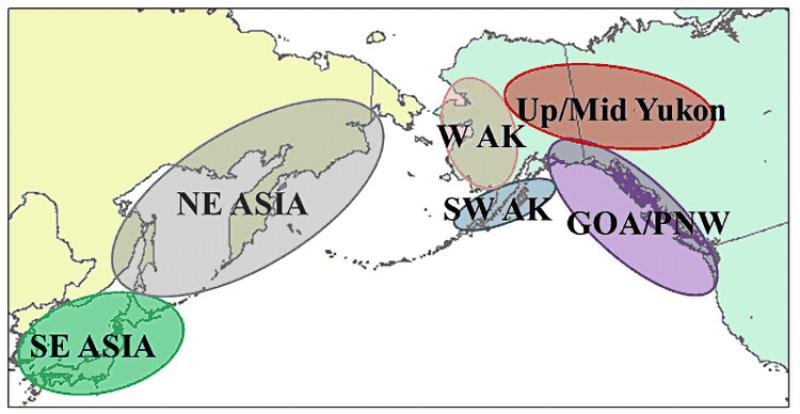 In Western Alaska, Chum Salmon (Oncorhynchus keta) is critical for subsistence, commercial, and cultural reasons. Over the last few decades, declines in chum salmon returns in some western Alaskan drainages prompted various disaster declarations by the State of  Alaska and federal agencies. In addition, chum salmon fisheries on the Yukon and Kuskokwim Rivers, two of the largest chum salmon production drainages in western Alaska, have been complicated in recent years by various restrictions designed to limit the take of Chinook salmon, which are currently at very low abundance.

The two distinct Yukon River chum salmon life-history types, an earlier and typically more abundant summer run and a later fall run, are managed by the Alaska Department of Fish and Game (ADF&G) to provide escapement and maximize harvest opportunity. Summer-run chum salmon generally spawn in the lower to middle reaches of the Yukon drainage, whereas fall-run chum salmon are typically larger and generally spawn in spring-fed regions of the middle to upper reaches in Alaska and Canada. The summer run of chum salmon has averaged 1.8 million fish between 2000 and 2012, and the fall run has averaged 864,000 fish over the same time period, although there is variation in the two run strengths between years. Concern about low fall-run chum salmon abundance in some years has resulted in reduced subsistence fishing opportunities and has created challenges in fulfilling treaty obligations with Canada that specify escapement objectives.