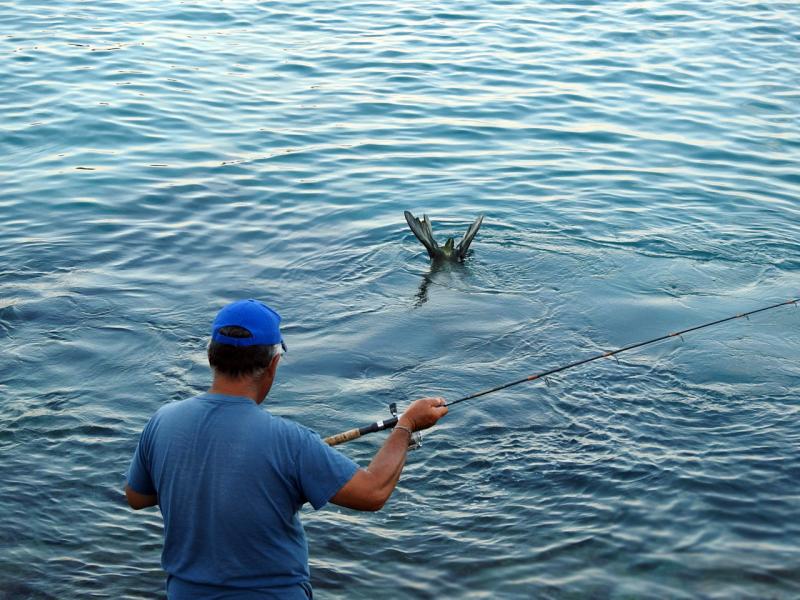 NOAA Fisheries released a Hawaiian monk seal named Ka'ale (RH32) back to the wild after removing a large fishing hook from his tongue at the NOAA Inouye Regional Center on Ford Island, O'ahu.

Ka'ale narrowly avoided disaster, the barbed circle hook could have led to a life-threatening infection or required invasive removal techniques if it had been further down the digestive tract. X-ray images revealed he had three additional small hooks in his stomach. Under a NOAA veterinarian's guidance, the two-year-old seal was released with the small hooks remaining in his stomach. They are not yet causing health issues serious enough to warrant the risks of surgical removal at this time. 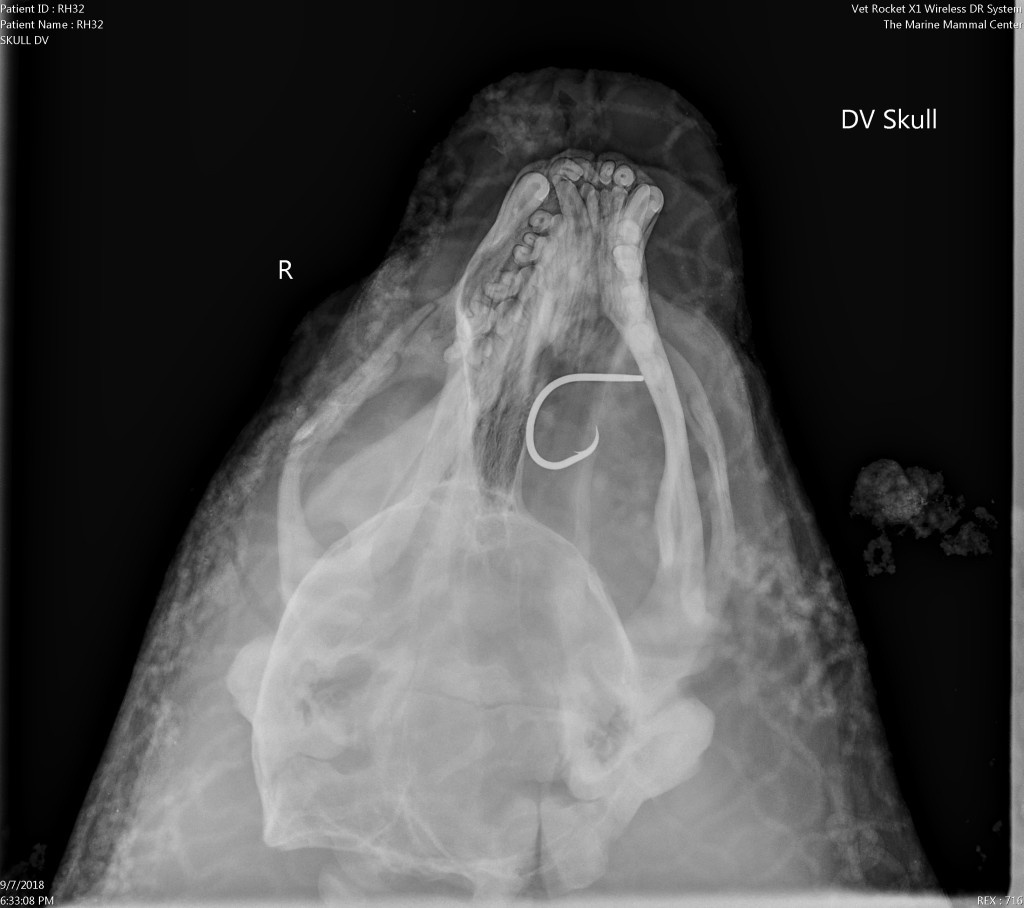 When he was released, Ka'ale was otherwise healthy and in excellent condition, but NOAA Fisheries and its partners, including the Hawai'i Marine Animal Response, a non-profit organization working under a NOAA Fisheries grant, will closely monitor the seal for any changes in his condition.

To help endangered seals, recreational fishermen, and the shoreline fishery, NOAA asks that shoreline casters do their part in preventing further human-seal interactions. This includes fishermen near the Kahe Power Plant intake and jetty area where Ka'ale frequents almost daily and likely received his most recent collection of hooks. 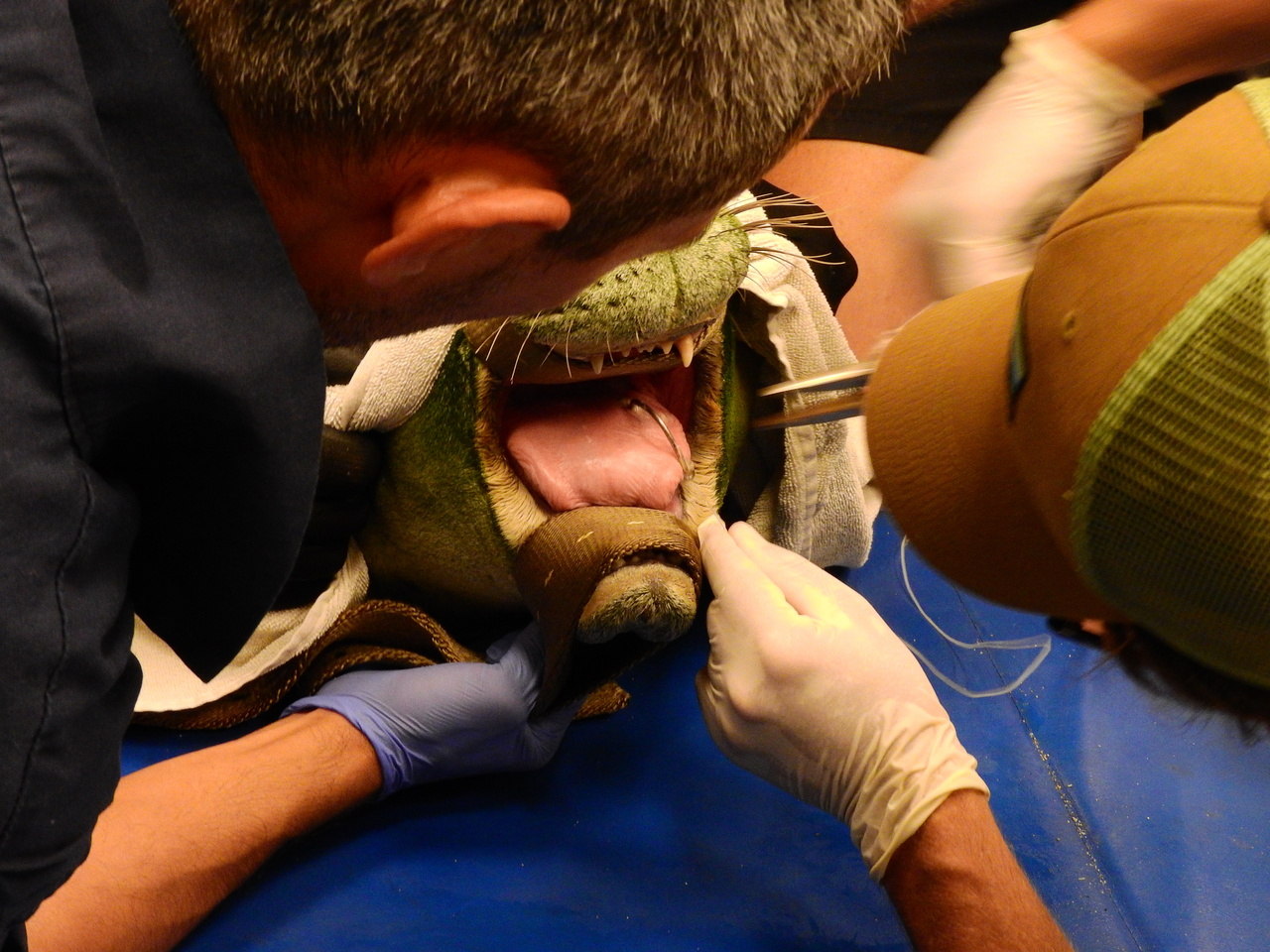 A NOAA veterinarian and team removes large barbed circle hook from RH32 while under sedation at the NOAA Facility on Ford Island. This was a very close call for RH32: if the hook had been farther down it could have required much more invasive removal or led to life-threatening infection. Photo: NOAA Fisheries.

"Hawai'i Fishermen's Alliance for Conservation and Tradition advises all fishermen to avoid interacting with monk seals, including by always pulling in their lines whenever monk seals are known to be present in the area," said HFACT president Phil Fernandez. "Oftentimes, monk seals will leave the immediate area within 20 to 30 minutes, at which time fishing can resume."

Given that casters have occasionally fed Ka'ale fish scraps and bait, NOAA and HFACT remind fishermen to not feed monk seals. Feeding or attempting to feed any wild marine mammal is prohibited under federal law. It also encourages monk seals to return to the area, leading to increased and potentially dangerous human-seal interactions.

Additionally, NOAA and the State of Hawai'i Department of Land and Natural Resources (DLNR) recommends fishermen use barbless circle hooks. Taking 30 seconds to crimp down a barb can help save a seal's life.

Large barbed circle hook removed from RH32 while under sedation at the NOAA Facility on Ford Island. We strongly encourage fishermen to use barbless fishing hooks. Barbless hooks are able to catch big fish and efforts to remove the hooks from seals accidentally injured can be far easier with much less trauma to the animal. Barbless hooks are also more likely to be able to come out of accidentally hooked seals or turtles on their own without intervention. Thirty seconds to crimp down a barb can help save a seal's life. Photo: NOAA Fisheries.

Barbed hooks are more physically damaging to hooked animals and difficult to remove than barbless circle hooks. A swallowed large circle hook can be life threatening to Hawaiian monk seals. Though the smaller circle hooks in Ka'ale may not have been immediately life-threatening, that may soon change as the seal continues to swallow them in greater numbers.

If you see a hooked seal or accidentally hook a seal yourself, it's important to immediately report it to the statewide NOAA marine animal hotline at (888) 256-9840.

Fishery interactions, including hookings and entanglements in nets, are a key threat to Hawaiian monk seals. Between 1976 and 2016, NOAA Fisheries documented 155 monk seal hookings and gill net entanglements, 13 of which were fatal since 1994. Ka'ale alone has been hooked at least six times in the past 2 years.

DLNR's Division of Conservation and Resources Enforcement is monitoring the Kahe Point area for illegal nets, which have been observed in the area. Fishing hooks are the consistent and major threat to Ka'ale and other seals in the area.

In fact, in mid-August, just a few weeks before the aforementioned incident, Ka'ale was spotted at the Kahe Power Plant area with a fishing line coming out of his mouth.

Both Ka'ale and shoreline casters have been targeting a ball of bait fish called akule (bigeye scad) that have been aggregating along the shoreline. While Ka'ale does forage for food, he has also become used to eating fish straight from the hooks of fishermen. Some of these fishermen have unintentionally worsened the situation by throwing fish and bait to the seal. 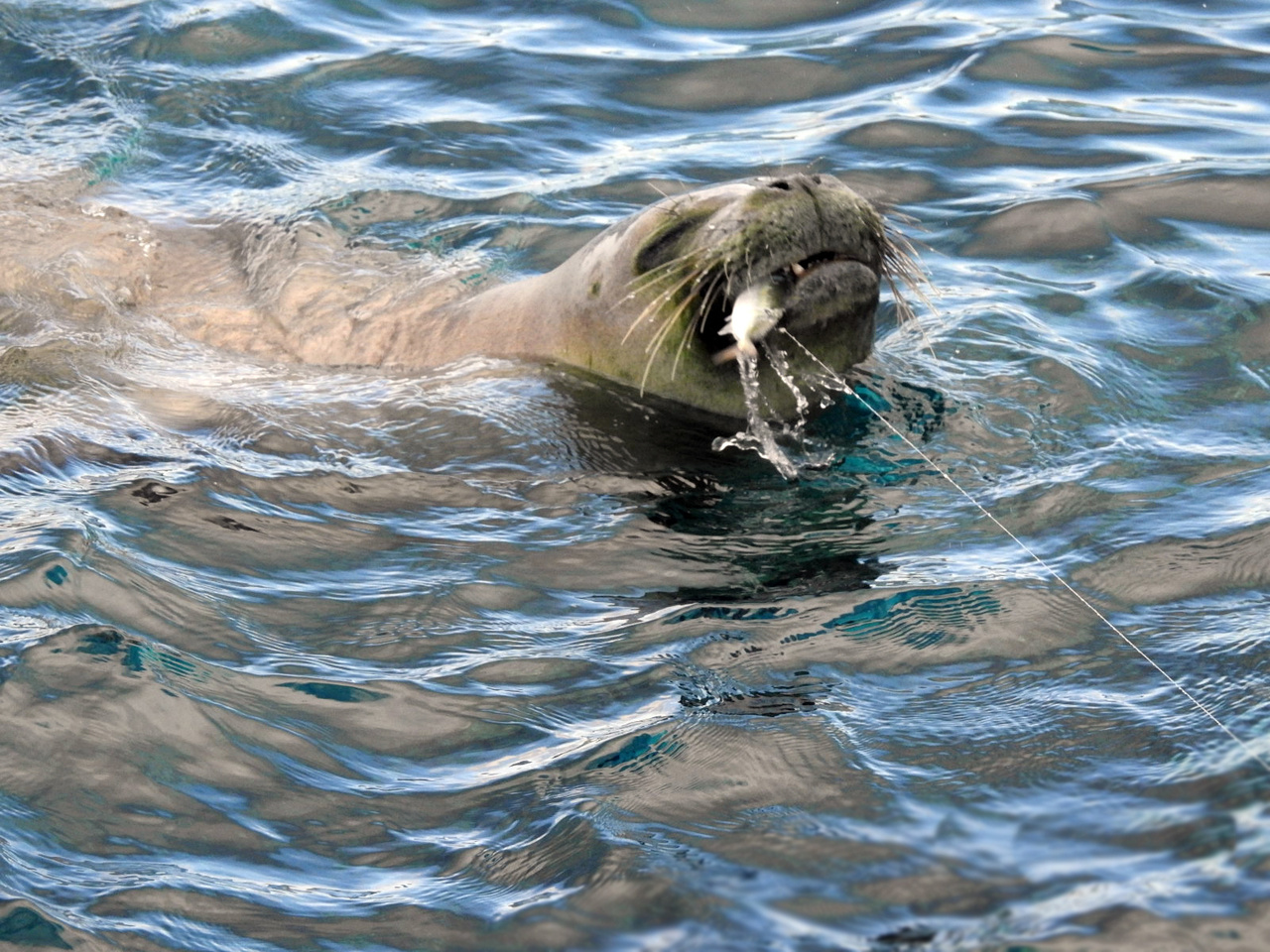 Seals are like dogs, if they are fed just once, they will continue to seek food from humans. Worse yet, Ka'ale is at an impressionable age. NOAA is concerned that the seal will continue this behavior and become more persistent and bold as he becomes older.

This issue could then become dangerous for not just Ka'ale, but also people.

If casters continue to provide food for Ka'ale (intentionally or not), he will likely begin approaching swimmers, spear fishers, or snorkelers to "play" or gain food. He may then lash out in frustration when food is not forthcoming, potentially causing serious human injury.

NOAA and partners have been doing everything they can to closely monitor the situation and educate fishermen in the area about the risks to the seal and themselves. Fishermen can help by following the aforementioned guidelines, taking a break from fishing when a seal is in the area, refraining from feeding seals, and using barbless circle hooks.

"As fishermen, we are all concerned about all the animals in the sea," Fernandez notes.

The Endangered Species Act and Marine Mammal Protection Act protect Hawaiian monk seals from unauthorized "take." The interactions occurring with Ka'ale and other monk seals are prohibited by these laws.

NOAA Fisheries believes the best way forward, for fishermen and for monk seals, is for DLNR to work with NOAA Fisheries and other partners and stakeholders to develop a conservation plan under Section 10 of the ESA (sometimes referred to as a habitat conservation plan) that would cover all state-managed fishing activities that impact Hawaiian monk seals and other marine protected species.