Research on Hawaiian monk seals shows that moving a young seal to a safer location significantly improves its survival. 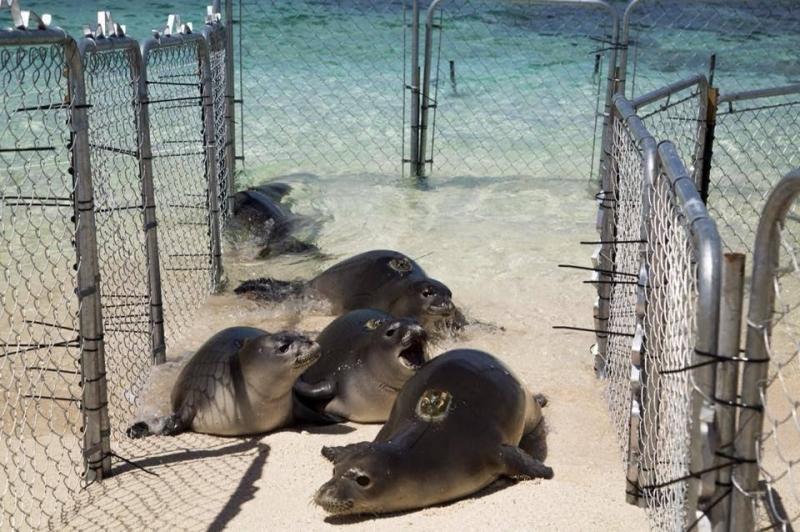 Translocated Hawaiian monk seal pups in temporary holding prior to their release at Laysan Island. Satellite-linked transmitters are glued to the seals' fur to monitor their survival and behavior for several months after release. The seals will shed the transmitters by the time of the seals’ next annual molt.

In a recent study, we found that our Hawaiian Monk Seal Research Program’s translocation efforts from 2012 to 2014 proved highly successful. Translocation is “the deliberate movement of organisms from one site for release in another.” It has been broadly applied to manage and conserve terrestrial wildlife since the 1800s. But it is far less common in the marine world, and is rarely applied to marine mammals. However, our team’s efforts buck that trend—about 400 monk seals have been translocated since the 1980s.

Most of these actions were taken to reduce immediate risks associated with the seals’ location: 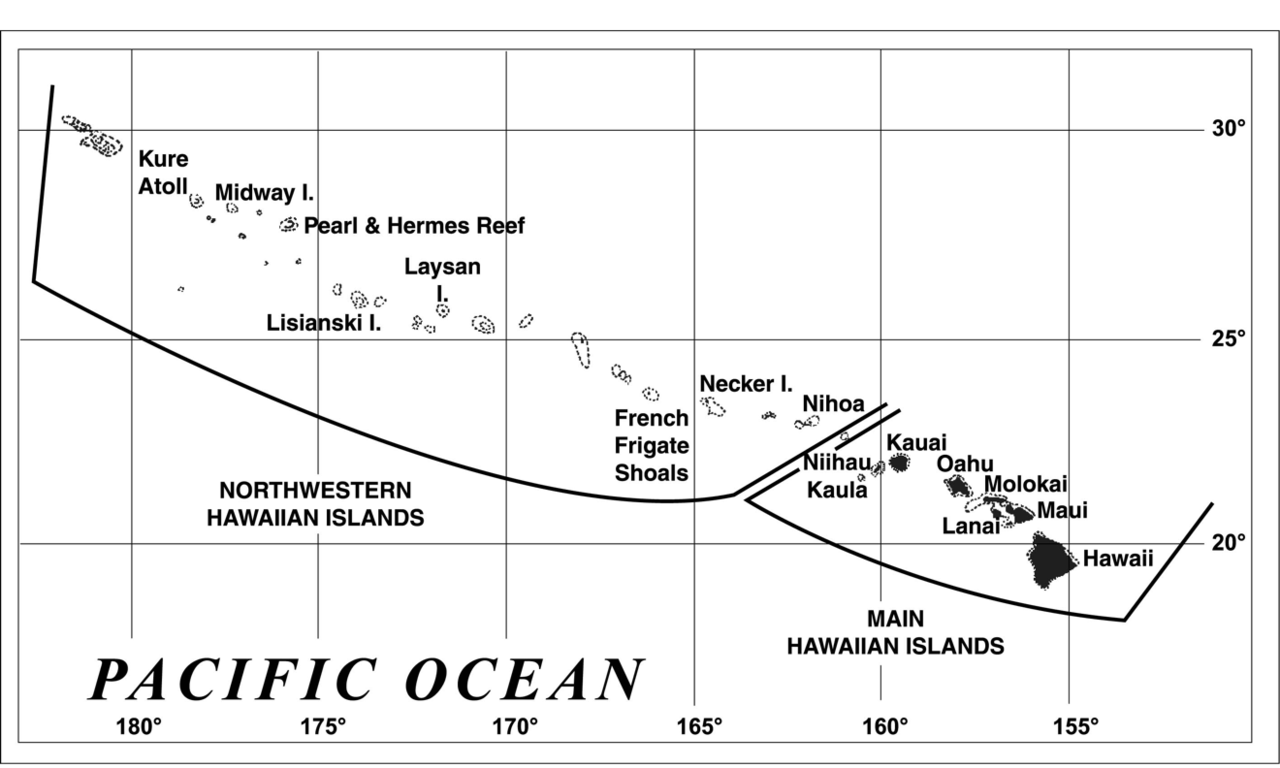 These translocations are part of many activities our researchers and staff conduct to improve the survival of seals:

We estimate that up to one-third of the remaining monk seals are alive due to these and other interventions.

This situation inspired a type of conservation translocation that takes advantage of differences in survival between sites. We took weaned seals from subpopulations where survival was consistently low and released them at sites where conditions were more favorable. From 2012 to 2014, we translocated 19 weaned female pups with the aim of improving their survival. 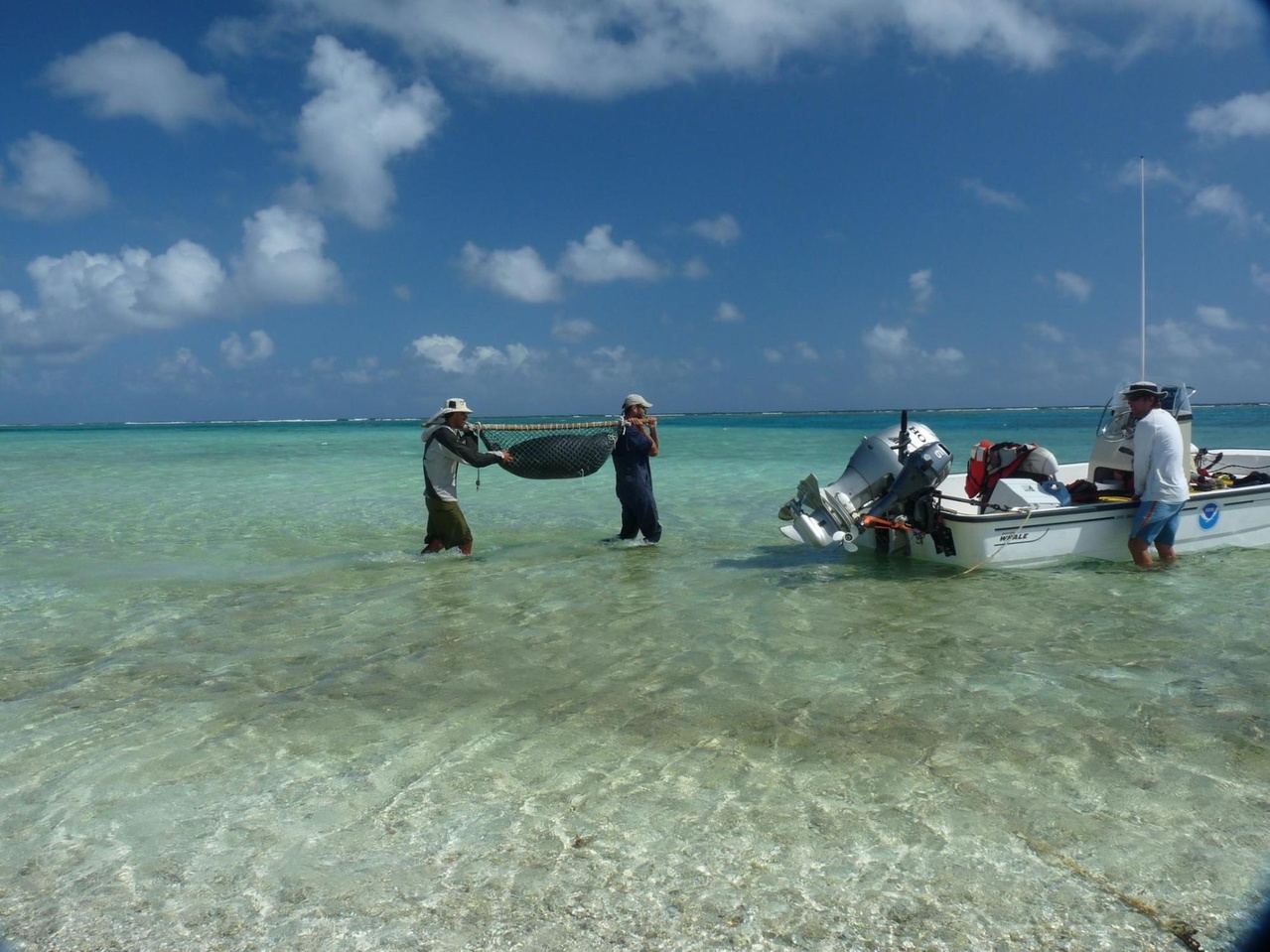 NOAA is committed to evidence-based conservation. This means that we scrutinize efforts like this translocation program to determine if they’re successful. To evaluate its success, we compared the survival of the translocated pups to that of two control groups:

The pups born during the study were all marked with tags on their rear flippers. These tags allow us to identify the pups and measure their survival from the time of weaning to the age of two. If we achieved the intended goal of the project, the pups would fare far better than the first control group and about the same as the second. We used statistical methods to determine if this is what indeed happened, which seems simple enough. However, since nutrition also plays a role in survival, there was an important factor we needed to examine—that is, how much fat did these baby seals have? 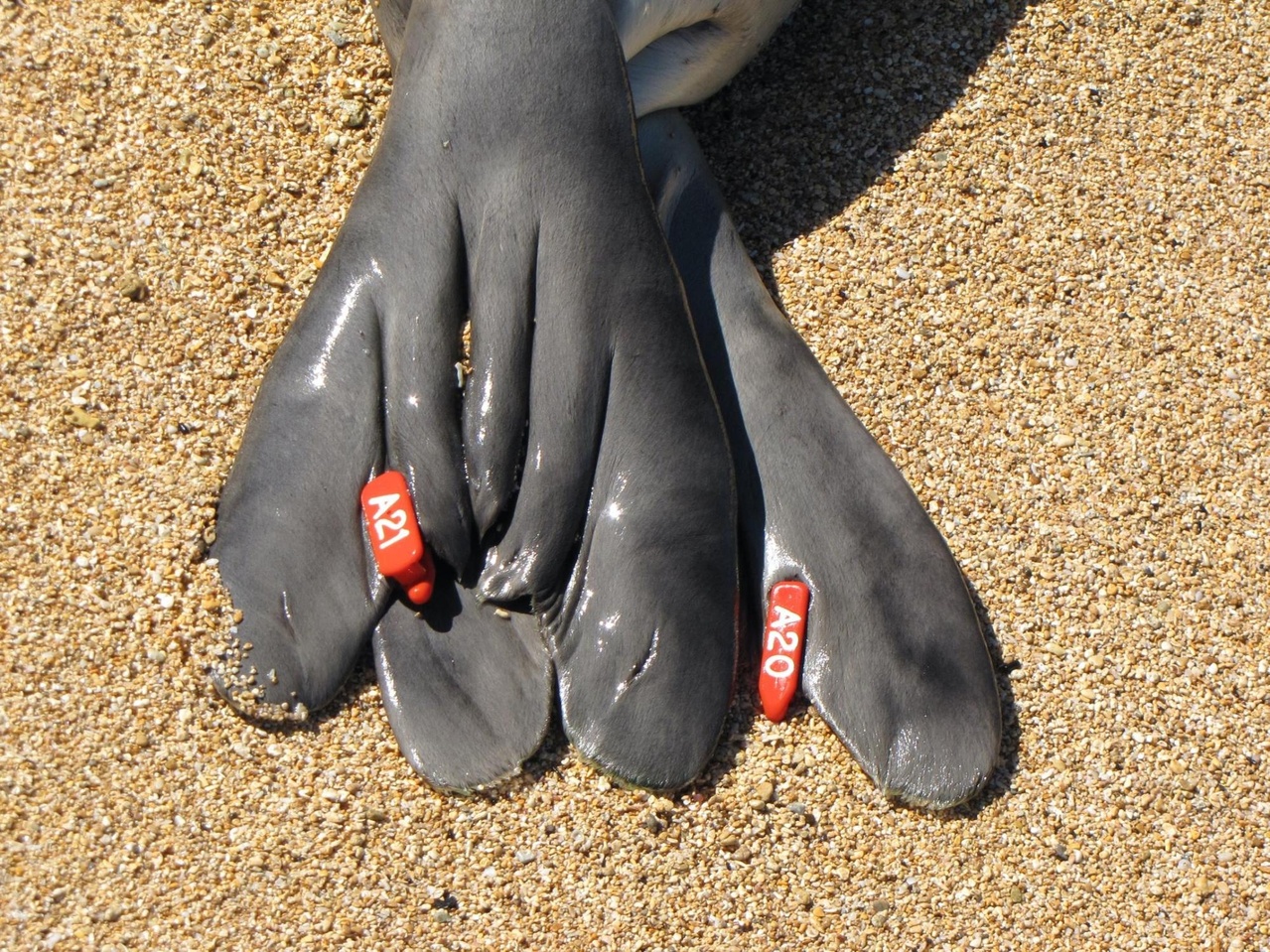 Tags on a weaned monk seal's rear flippers will allow us to identify the seal for most or all of its life.

Survival of the Fattest

A monk seal mother gives birth and then spends 5 to 7 weeks protecting and nursing her pup with fat-rich milk. She then abruptly weans and leaves the pup to fend for itself. During the period from birth to weaning, pups roughly quadruple their weight. They build up a thick layer of blubber which sustains them during an approximately 2-month long post-weaning fast. Then the pups must learn to forage and survive on their own. As soon as possible after they wean, NOAA researchers briefly capture each pup, measure its girth, and apply flipper tags.

Previous studies have shown that the more fat the pups have when their mothers wean them, the better their chances of surviving the critical transition to independence. These pups have a greater weaning girth, and therefore a larger blubber reserve. Moreover, the specific relationship between girth and survival varies over time and among subpopulations. This is most likely due to the type and magnitude of risks faced by the young seals. The expected survival of a pup 41 inches (105 cm) in girth at French Frigate Shoals was only about 8 percent. The expected survival of the same size pup born at Laysan Island would be 73 percent! 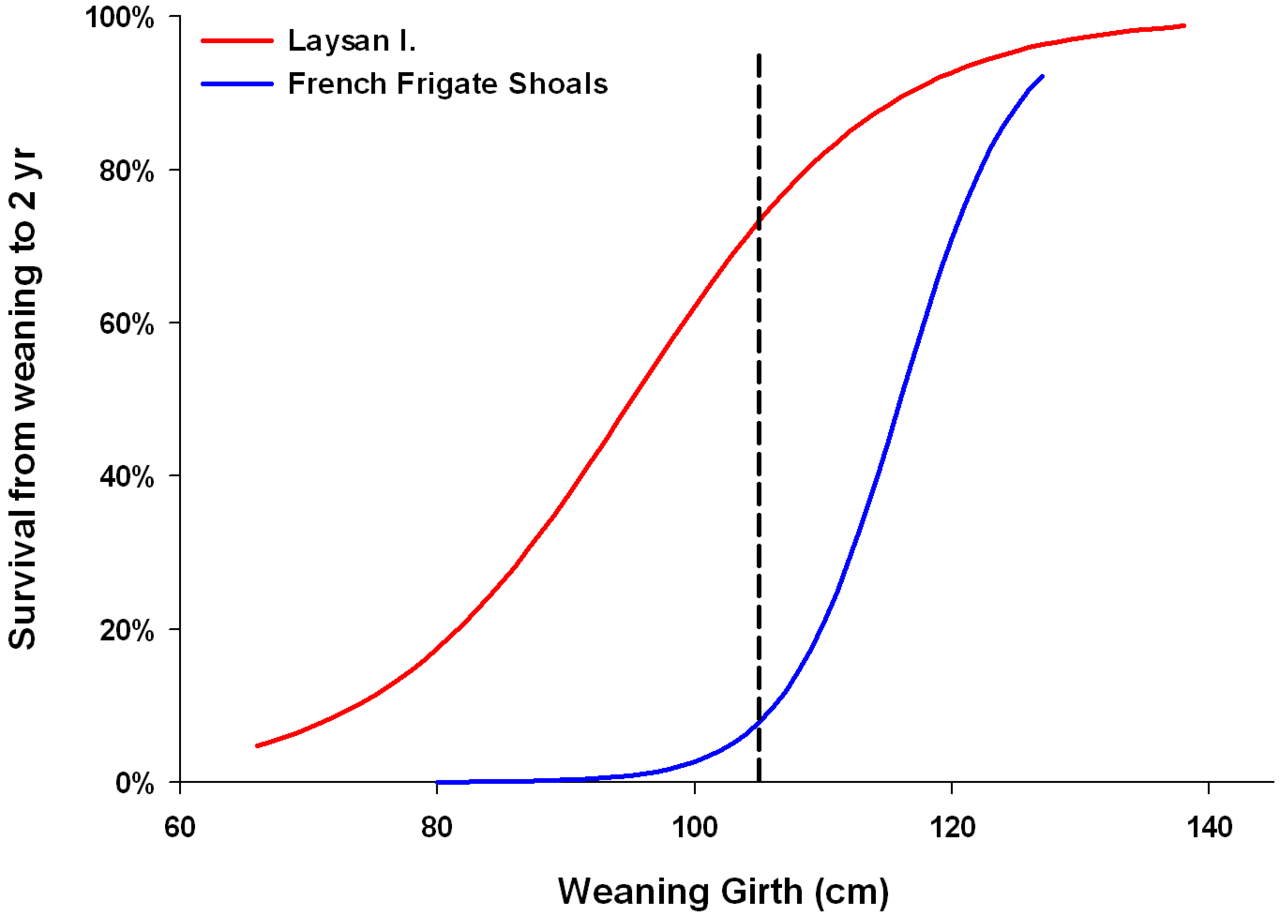 Relationships between weaning girth of Hawaiian monk seal pups and their subsequent survival to age two at Laysan Island (red) and French Frigate Shoals (blue). The relationships were fitted using observations of seals born during 2012–2014. Where the vertical dashed reference line intersects the blue and red lines indicates the expected survival chances of a 105 cm girth pup at each subpopulation.

Measuring the Success of Translocations

To test whether the translocations conducted during 2012–2014 were successful, our researchers had to account for the strong influence that weaning girth has on survival. Failing to do that could result in false and misleading conclusions. For example, if only the girthiest pups had been translocated, they would have had a very high chance of surviving no matter where they were. If we didn’t account for their plump condition, we might incorrectly conclude the translocations were a smashing success. As it turns out, the translocated pups we measured tended to be smaller than average. This means they would have been expected to have lower than average survival chances just because of their size.

This study clearly demonstrated that the translocations conducted during 2012–2014 had a statistically significant positive effect on the survival of the pups involved. As a result of our monitoring program, we were able to conduct robust analyses and confidently determine the success of this project.

After 2014, differences in survival of young monk seals in the Northwestern Hawaiian Islands subpopulations have been either too small or inconsistent to continue translocations. But this proven tool will remain in NOAA’s quiver and may be used in the future in situations when seal pups could benefit from translocations.