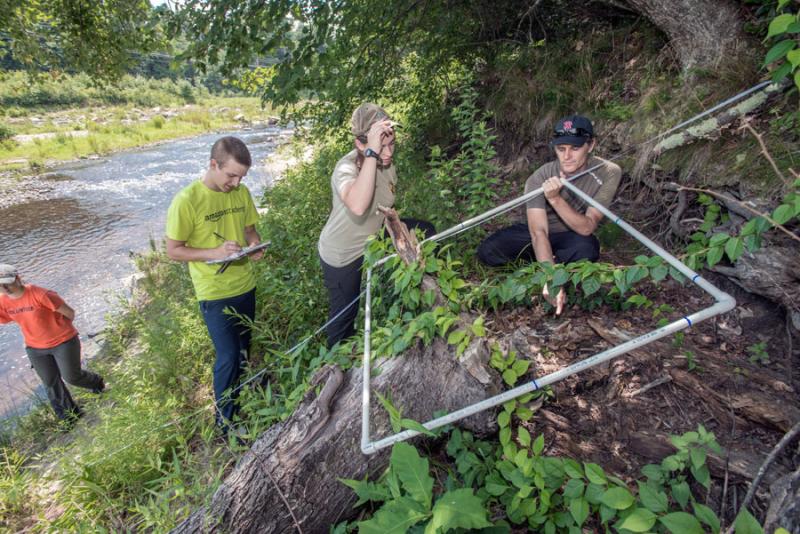 As we remove aging dams around the country, we return the pond-like environments they create—called reservoirs or impoundments –to free-flowing rivers and streams. At least 20 dams were removed in the Northeast United States in 2017.

Dam removal causes changes to water and sediment flow, the water table, and plant communities. After a dam comes down, the water table goes back to its natural elevation. These changes affect the plants that grew along the reservoir, or in the shallow and sediment-filled areas that emerged after dam construction. With some dams more than 200 years old, these plant communities may have existed for decades or even more than a century.

When we remove a dam, what happens to these plant communities?

A research team led by Boston College, with support from the NOAA Restoration Center, wanted to learn more about how wetland and riparian plant communities respond to dam removals. The team surveyed plant community composition before and after the 2008 removal of the Merrimack Village Dam in New Hampshire. 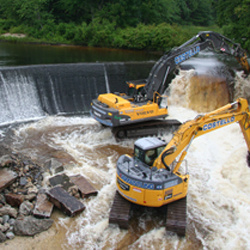 The removal of the Merrimack Village Dam occurred in August 2008. This photograph shows the beginning of that process, along with the vegetation fringing the impoundment upstream. Credit: Noah Snyder, Boston College.

Nearly a decade of surveys showed that plant communities changed most in areas where river channel form and water levels had the greatest changes. For example, the plants next to the former reservoir reestablished themselves nearly 3 meters lower on the new exposed areas. And, the wetland dewatered by the dam removal went from mostly submerged and floating non-woody vegetation to an upland community with some woody plants.

The researchers did not find evidence for invasive species dominance after dam removal, nor did large areas stay bare. Their study suggests that allowing natural revegetation following a dam removal can result in diverse, dynamic plant communities that provide a variety of benefits to local wildlife and people.

This information can help us plan future dam removals and predict impacts. 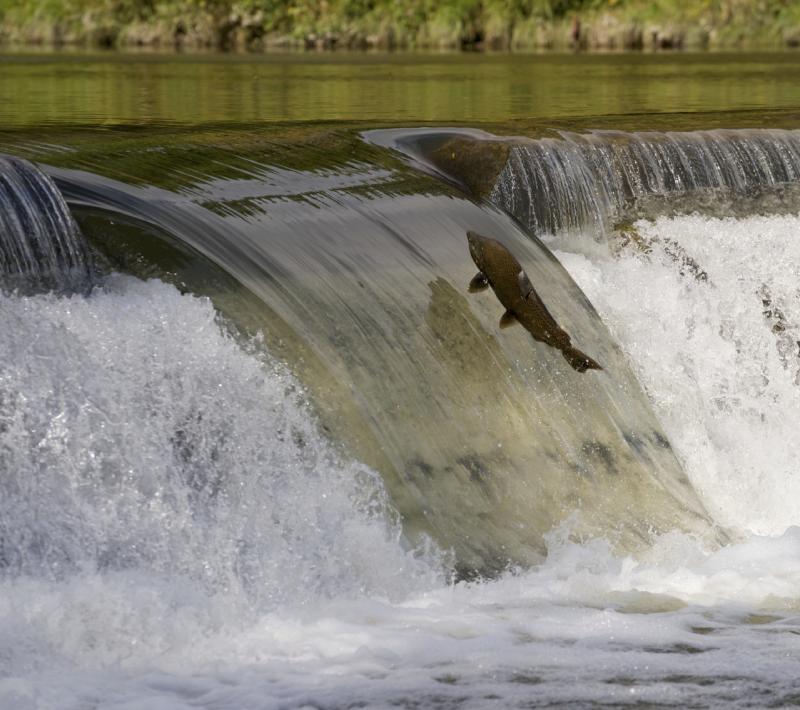