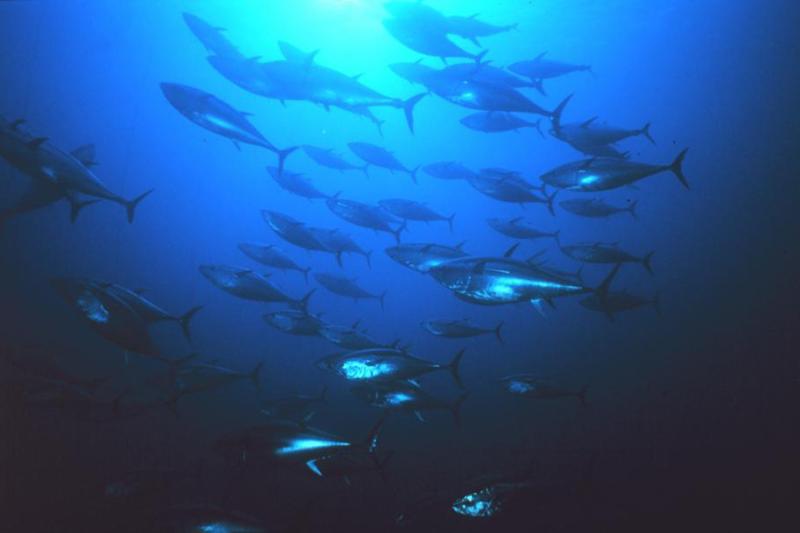 Following international action to end overfishing of Pacific bluefin tuna, a new stock assessment shows that the species is now increasing and includes many younger fish that will help accelerate its rebound. The new assessment was presented at a recent plenary meeting of the International Scientific Committee for Tuna and Tuna-Like Species in the North Pacific Ocean (ISC).

The assessment confirmed that the stock surpassed the first rebuilding target in 2019. It is projected to likely increase beyond the second rebuilding target established by the Inter-American Tropical Tuna Commission and Western and Central Pacific Fisheries Commission later this year. This is well ahead of the internationally agreed schedule.

“The new findings demonstrate the resilience of a species that can multiply quickly when given the chance,” said Kevin Piner, a research fishery biologist at NOAA Fisheries’ Southwest Fisheries Science Center who led work on the stock assessment for the United States. It also reflects the strength of the current stock assessment and projections that incorporate decades of information on Pacific bluefin biology and fisheries. It also demonstrates the success of coordinated management actions taken by the United States, Japan, Korea, Taiwan, and Mexico through regional fisheries management organizations.

“The species has responded exactly as we predicted it would given the actions that were taken,” he said. “This is an amazingly resilient fish and it is now showing us that.”

He noted that while the trend is positive and accelerating, monitoring must continue to ensure the stock meets the second rebuilding target. Pacific bluefin tuna support U.S. commercial and recreational fisheries off the West Coast. However, the U.S. catch represents a small share of the combined international catch.

Many fish such as bluefin are assessed based on their unfished spawning stock biomass—the theoretical amount of fish if there was no fishing. Catches reduced the bluefin biomass through the late 1990s and 2000s to only a few percent of its potential unfished biomass. Recent stock assessments predicted that reducing fishery catch on younger fish would lead to a rebound in biomass within just a few years.

“We had confidence that the coordinated international actions to manage fishing impacts based on what the science showed us would put us on the right track,” said Ryan Wulff, who leads the U.S. delegation to the Inter-American Tropical Tuna Commission, and serves as Assistant Regional Administrator for Sustainable Fisheries for NOAA Fisheries’ West Coast Region. “This is why we invest in research to understand the species and we take a Pacific-wide approach.”

Beginning in 2011, the Western and Central Pacific Fisheries Commission began management measures that reduced the catch of smaller bluefin and limited the catch of larger bluefin. This allowed more fish to grow to maturity. These measures reflected the U.S. interest in rebuilding the stock while also recognizing that some communities rely on bluefin and need continued fishing opportunities.

The Inter-American Tropical Tuna Commission adopted a similar resolution to limit catches a year later in its management area. Since then, the two Commissions have coordinated across the Pacific, using the best available science to inform management decisions across the entire range of the species. In 2013, based on the 2012 ISC stock assessment, NOAA Fisheries determined that Pacific bluefin tuna were overfished and subject to overfishing.

In 2016, increasing concern about declining biomass levels led to a petition to list the species as endangered. NOAA Fisheries determined that while the population was near historical lows, the roughly 1.6 million fish was sufficient to avoid risk of extinction and protect against the effects of small populations.

NOAA Fisheries formed a team to consider the status of the species in light of the petition. The team determined that international agreements and management changes should reduce the impact of commercial and recreational fisheries, particularly the impact on younger fish. That would reduce landings and help rebuild the population, the team found.

The new stock assessment confirmed what past stock assessments predicted. After declining from 1996 to 2010, the spawning stock biomass has increased since 2011. Fishing limits allowed younger fish to multiply, reaching the first rebuilding target adopted by the Western and Central Pacific Fishery Commission in 2019. The more numerous younger fish will grow in size, increasing the rate at which the biomass will increase and could reach the second rebuilding target as soon as this year.

The stock is recovering faster than anticipated, and met the initial rebuilding target, 5 years ahead of the 2024 deadline, said Dr. Huihua Lee, a research mathematical statistician at NOAA Fisheries’ Southwest Fisheries Science Center. She helped develop the stock assessment. “The success reflects the coordinated science-based management measures to reduce catches of young fish and the strong resilience of the species,” she said.

The rebuilding strategy applied what fisheries managers had learned from research into the life history, genetics and migration patterns of the iconic species, noted Kristen Koch, director of the Southwest Fisheries Science Center and acting Chief Scientist of NOAA Fisheries. “That legacy of science showed us how we needed to work across boundaries and really across the Pacific Ocean to effectively turn things around for the species,” she said.