International Whales of Mystery: Uncovering the Identity of Humpback Whales Breeding in the Mariana Archipelago

Our ongoing field research in the Mariana Archipelago provides an answer to an ongoing scientific mystery—where are the “missing” breeding areas for humpback whales in the western North Pacific? 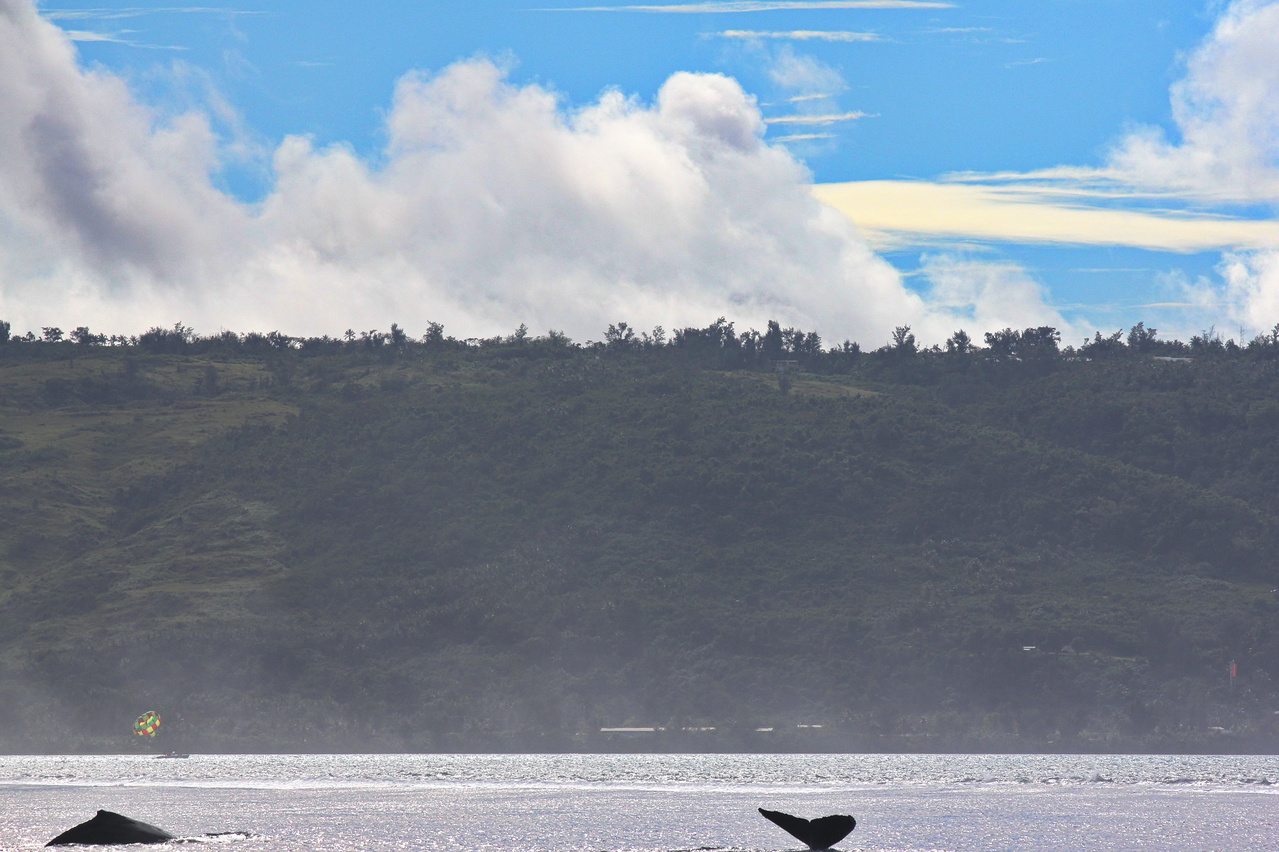 We have learned that humpback whales are not just passing through the Marianas on their way to other winter breeding areas. Instead, they are using these waters to mate and give birth. We have observed newborn and young calves, competitive groups of male whales, and reproductive females returning to the area in more than one year. These are all indicators of breeding activity.

We conducted small-boat surveys for humpback whales off the islands of Saipan, Tinian, and Aguijan (located in the Commonwealth of the Northern Mariana Islands-Guam Exclusive Economic Zone or CNMI–Guam EEZ) during winter months in 2015–2018. Most of the humpback whales we encountered were in waters shallower than 330 feet (100 meters).

Images of humpback whale flukes were used to study movements of humpback whales between the known breeding and feeding areas in the western North Pacific. Each line style represents a different animal and each color represents their sex. We determined their sex using genetic analysis of skin biopsy samples.

A third of the 33 cataloged Mariana humpback whales were matched to at least one of these other locations. Some of the individuals appear to be the whale equivalent of jet-setters, ranging widely and traveling to multiple locations. One male was identified in three locations: the Philippines, Japan, and Russia. The distance between the Babuyan Islands, Philippines and the Commander Islands, Russia is more than 1,800 miles alone.

This finding is important because breeding western North Pacific humpback whales are listed as endangered under the U.S. Endangered Species Act as one population. If there are actually two distinct breeding populations in the western North Pacific, then we need more information about them. First, we need to determine the current size and status of each population and all the areas they use for breeding and feeding. Then, we must identify any potential threats they face in these areas. With this information, we can better protect these whales and allow both populations to thrive. 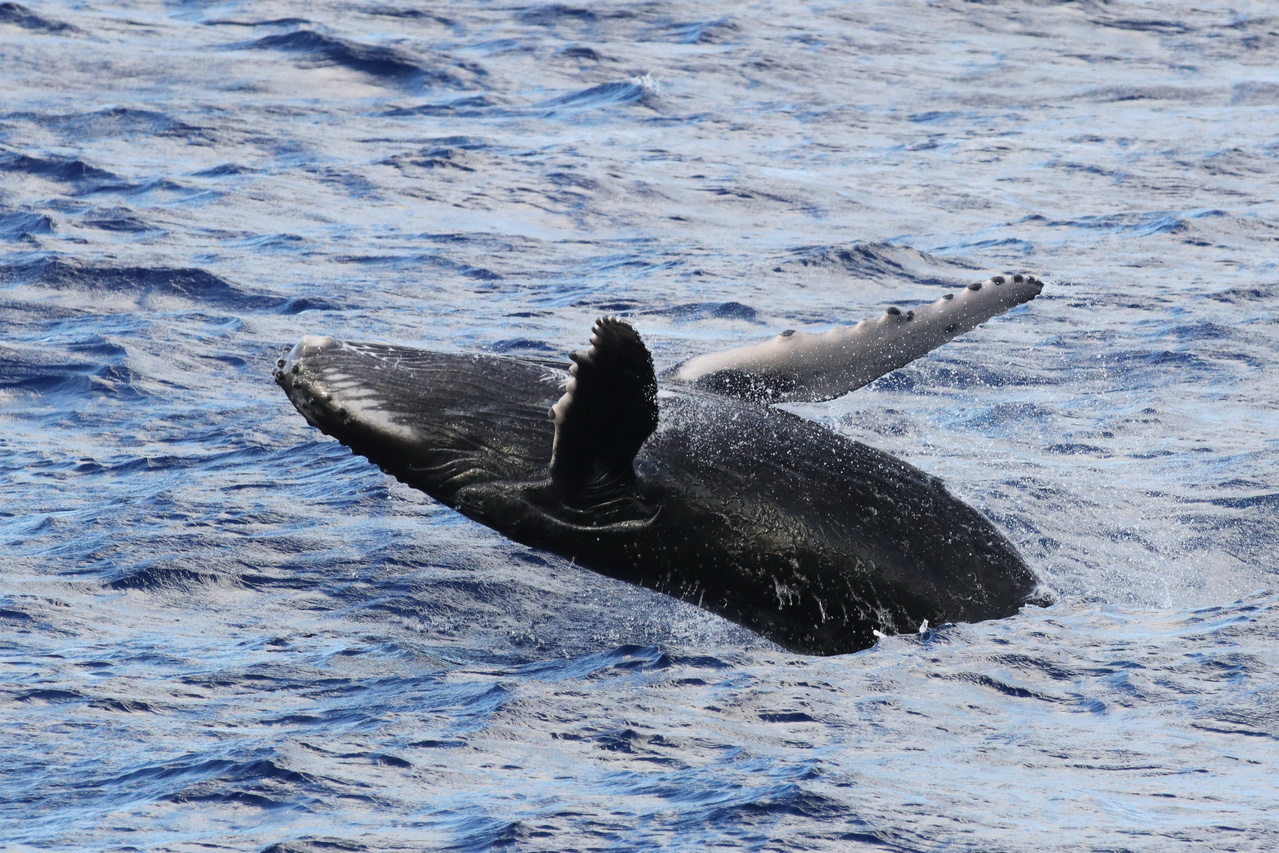 A humpback whale calf breaches in the waters off Saipan in the Mariana Archipelago. Photo: NOAA Fisheries/Marie Hill. Hawaiian Hawksbill Turtles: One of the World's Most Endangered Sea Turtle Population