A big win for Alaskan observer safety has come in the investigation of the Alaskan-based fishing vessel Aleutian Sable.
âThis was a large, time-consuming investigation involving many violations, victims, and witnesses,â said Kevin Heck, Assistant Spe 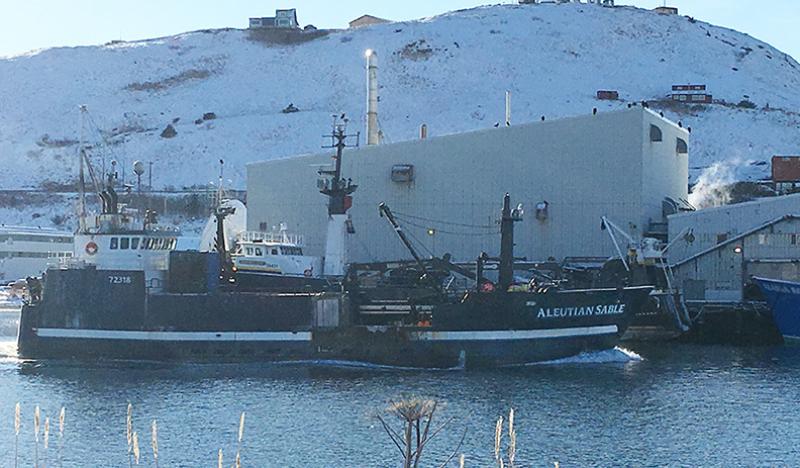 A big win for Alaskan observer safety has come in the investigation of the Alaskan-based fishing vessel Aleutian Sable.
“This was a large, time-consuming investigation involving many violations, victims, and witnesses,” said Kevin Heck, Assistant Special Agent in Charge of OLE’s Alaska Division.

NOAA’s Office of Law Enforcement began receiving complaints filed by Observers* about the Aleutian Sable, owned by Arctic Sablefish, LLC, in 2013. A case file was opened and officers began communicating with one of the vessel’s operators, Jay Hebert, and closely monitoring the vessel for compliance purposes. Complaints and violations continued to pile up through October 2014. Once the investigation was complete, OLE investigators forwarded the case package to NOAA’s Office of General Counsel for prosecution.
“Observers play a huge role in our ability to collect data and research to effectively monitor species and stock statuses,” said Nathan Lagerwey, Deputy Special Agent in Charge for OLE’s Alaska Division. “Observers work environment and safety are of the utmost importance to OLE, and the highest priority for the Alaska Division. When we receive these types of complaints, we take the time to thoroughly investigate and take proper enforcement action. We also utilize observer reported violation trends and complaints to help us develop outreach and education to prevent further violations.”

On March 8, 2016, a Notice of Violation and Assessment of Administrative Penalty (NOVA) was issued to the owner and operator of the F/V Aleutian Sable. The NOVA charged the following eight counts of violations under the Magnuson‐Stevens Act:

Several months later, the case ultimately settled for $78,054.50.
“Observers, the Observer Program, observer providers, and many others will be happy with the outcome of this case,” said Heck. “Violations of any kind, but especially ones related to Observers and their safety will not be tolerated.”

* Observers are independent field biologists that are deployed aboard commercial fishing boats and at-sea processing facilities, and their work is vital to NOAA's mission of ensuring the economic and ecological sustainability of U.S. fisheries. While at sea, observers collect a wide range of information such as species data, including diversity of catch, the condition of caught fish, seabird sightings, and any marine mammal interactions with fishing operations. Observers also gather information on reported landings and safety.

Last updated by Office of Law Enforcement on September 18, 2017