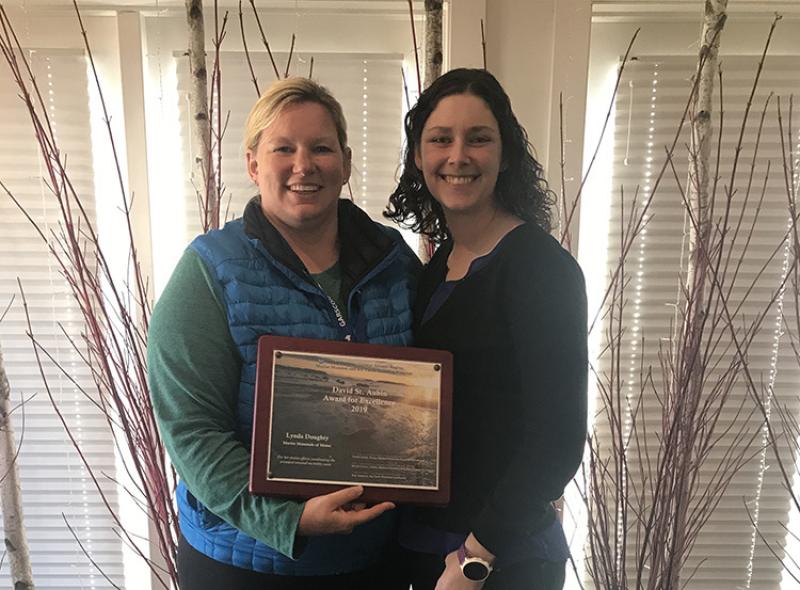 Lynda Doughty of Marine Mammals of Maine was honored on Wednesday, April 10 by NOAA Fisheries Greater Atlantic Region Marine Mammal and Sea Turtle Stranding Programs with its David St. Aubin Award of Excellence. She was recognized for work with stranded seals during an Unusual Mortality Event that began in July 2018. From July to September, Lynda and her team responded to more than 800 live and dead seals along southern and midcoast Maine. They continue to closely monitor local populations for further evidence of Phocine Distemper Virus. 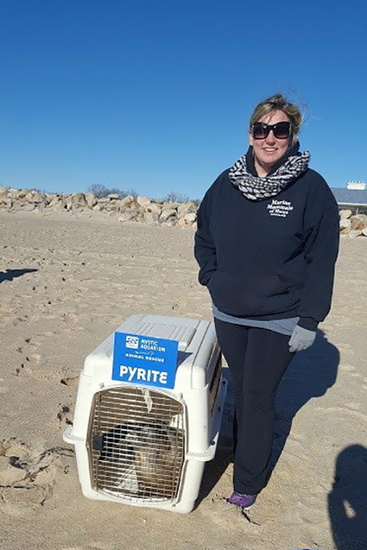 Nominated by her peers who observed her tireless commitment, Doughty also took on the role of On-Site Coordinator for the Unusual Mortality Event. In that role, she led the stranding network in its response to more than 2,000 stranded seals in the last 9 months from Maine to Virginia. Even as her own resources were taxed, Doughty continued to provide help and support to network members.

“It is with gratitude and respect for her dedication and perseverance to advancing animal care and scientific rigor in St. Aubin’s footsteps that we honor Lynda for her service to the Greater Atlantic Region marine mammal stranding network,” said Mendy Garron, program coordinator. “NOAA Fisheries thanks Lynda for her inspiring leadership in the Greater Atlantic Region Stranding Network.” 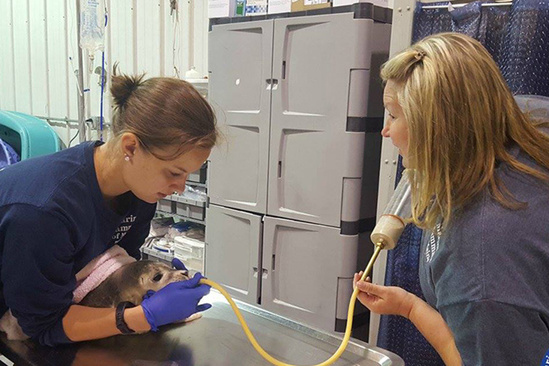 About Marine Mammals of Maine

David St. Aubin was a prominent marine mammal researcher with a passion for knowledge and collaboration.St. Aubin grew up in Hudson, Ontario and attended the University of Guelph, where he earned his Master’s and Ph.D. degrees. He began his research career at the Arctic Biological Station of Canada’s Department of Fisheries and Oceans studying phytoplankton, but his interests soon moved to seals and whales. He spent 30 summers in the Arctic doing research on beluga whales, narwhals and sea lions and made significant contributions to understanding what keeps marine mammals healthy. St. Aubin was director of research and veterinary services at Connecticut’s Mystic Aquarium at the time of his death in 2002.