The NOAA Chesapeake Bay Office (NCBO), in partnership with the Chesapeake Research Consortium, is hosting five interns. Learn more about what they are doing this summer. 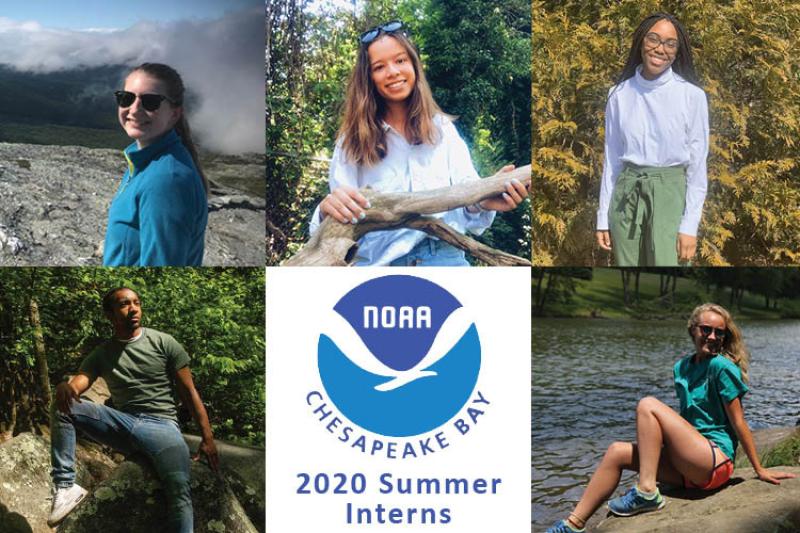 The NOAA Chesapeake Bay Office, in partnership with the Chesapeake Research Consortium, is hosting five interns this summer. They started in mid-June and are with us until mid-August. Usually, our summer interns work in person with NOAA staff at our offices and in the field. This year is, of course, different. The interns are teleworking and are meeting frequently with their mentors and other staff virtually. With us this year: