Meet Someone Who’s Experienced Hurricanes from Land, Sea, and Sky 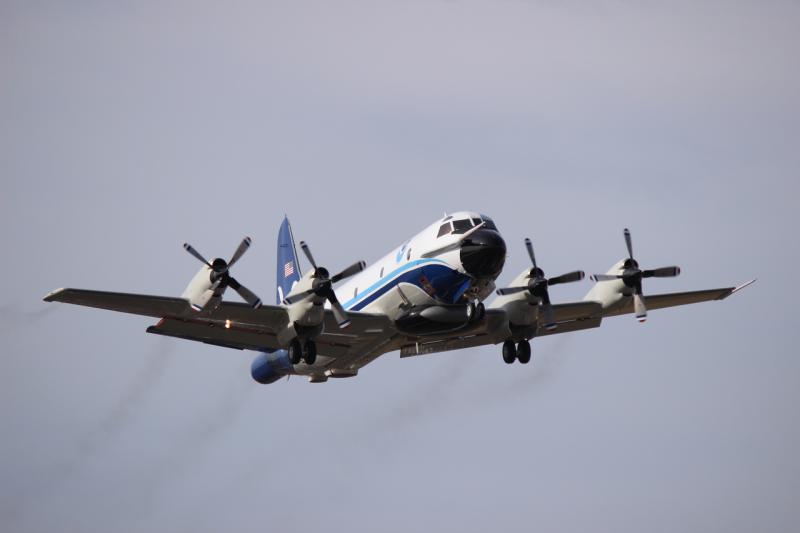 Fish are likely the last thing on your mind as a hurricane is barreling toward shore. When the storm hits, lives and public safety are the top priority. But once it passes, America's fishermen and fishing communities are among the first to mobilize to assess damages to boats, gear, waterways, and onshore processing facilities.

No one knows this better than Chris Oliver, a Texas native who leads NOAA Fisheries. Like many on Texas’ Gulf Coast, Chris has lived through dozens of hurricanes; but his experience is quite unique: he’s seen these storms from land, at sea, and even by air—on a NOAA Hurricane Hunter aircraft.

We asked Chris about his experience: 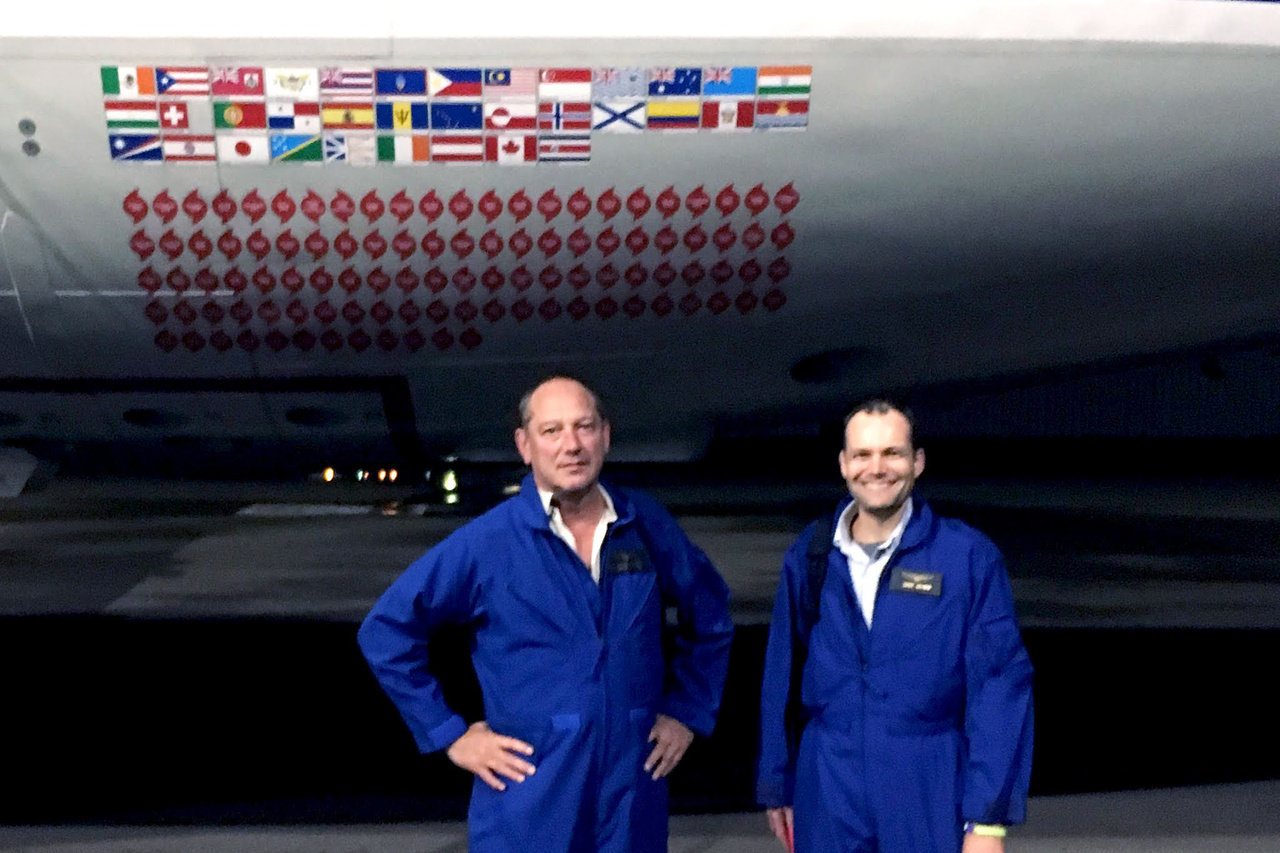 Q: What was it like to ride in a NOAA Hurricane Hunter aircraft?

A: In a word—awesome. Bucket list stuff. I had the great fortune, thanks to the gracious hospitality of NOAA’s Office of Marine and Aviation Operations, to take advantage of a spur-of-the-moment invitation to ride along on a NOAA "Hurricane Hunter" aircraft mission near the peak intensity of Hurricane Maria in 2017, shortly after it passed Puerto Rico. It was a 10-hour mission (3 hour flight to the hurricane, 4 hours in the hurricane, and 3 hours back). With winds clocking 150 miles per hour, the plane made eight penetrations (or “pennies” in hunter lingo) into and out of the hurricane, deploying numerous weather monitoring devices.

The turbulence going through the eyewall was quite extreme, but once inside the calm of the eye we could unbuckle, walk around the cabin of the WP-3D Orion, observe the crew of 18 doing their work, and look at the inside of the hurricane. It was one of the most interesting and exciting things I have ever experienced, and I cannot say enough about the professionalism of the pilots, the crew, and the research team onboard. I never once felt in any danger. Although, I will admit that I actually did get goosebumps as we were first approaching the immense black wall of the hurricane, about to plunge directly into the eyewall at an altitude of about 10,000 feet, at the storm’s most intense spot! 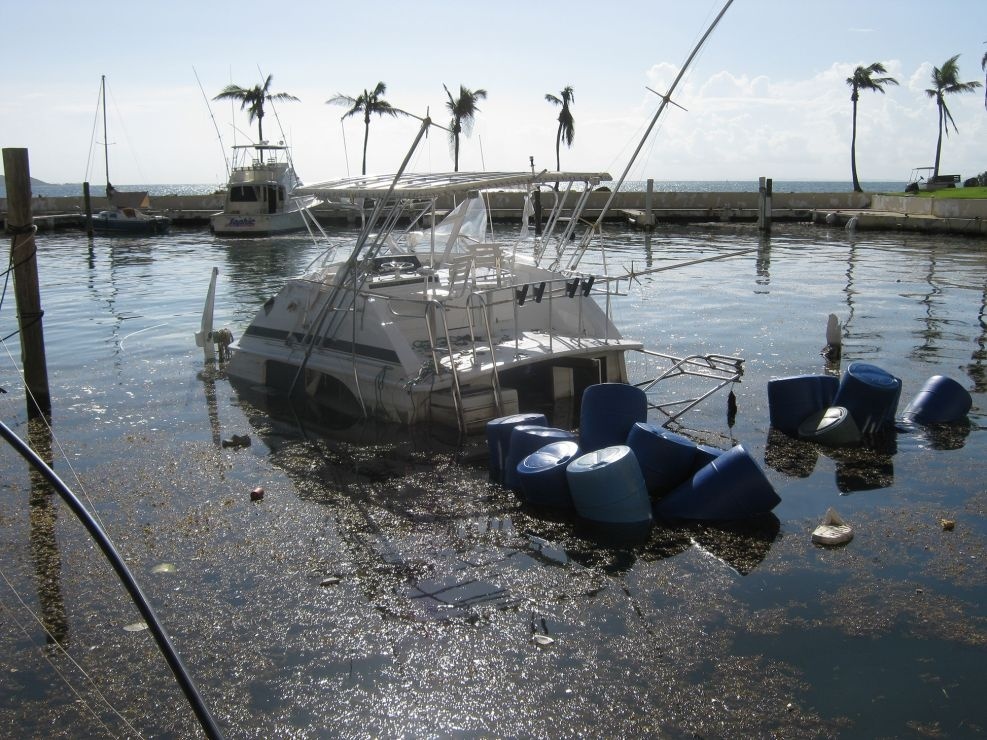 Q: You also experienced a hurricane from a vessel. Why were you on the water?

A: In 1979, while working as a merchant mariner aboard a 130 ft ocean-going tugboat in the Gulf of Mexico, we were transiting from Port Aransas, Texas, to Morgan City, Louisiana, when Hurricane Claudette hit. She was a late-forming, fast-moving storm, and while we had advanced warning (and should have stayed in port!), we anticipated beating the storm. Although not a major hurricane (probably a category 2), it did produce very heavy seas and we encountered them head-on about halfway to Morgan City. The heavy, “watertight” tug was doing quite fine in the 35- to 40-foot seas ... until we took a wave straight on the bridge, blowing through two of the three wheelhouse windows. Things went from fun to very serious in a matter of moments.

We were able to come about and eventually patch the windows with plywood, but it served as a somber reminder that these are extremely dangerous storms, and everyone should heed the marine forecasts. Our hurricane forecast capabilities are far advanced from the 1970s, and heeding those forecasts quite simply saves lives.

Q: How many storms in Texas have you and your family experienced?

A: Probably dozens of major tropical storms and minor hurricanes, and four or five major hurricanes, including Carla in 1961, Allison, Beulah, Celia in 1970 (which was a devastating Cat 3 with a direct hit on my hometown of Rockport, Texas), and of course, most recently Harvey in 2017, which also scored a direct hit on Rockport. Celia was particularly bad due to the dozens of “micro-tornadoes” contained within that storm, one of which missed our house by a couple hundred feet. The warning systems at that time were not as sophisticated as they are now, or our family likely would have fled that storm.

For Harvey, several of my friends and neighbors chose to ride it out, and every one of them says now that they should have fled north. The forecasts were spot on and the eye of the storm passed directly over Rockport with winds up to 150 MPH. While my mom’s house weathered the storm well, the two closest neighbors’ on either side were virtually flattened. I went down there immediately after the storm to check on my childhood home, help with the cleanup, and observe firsthand the incredible devastation. While much of the news coverage focused on the flooding caused by Harvey in the Houston area, the actual landfall was a couple hundred miles to the south, where the wind damage was catastrophic.

Kris Benson from NOAA Fisheries' Galveston Laboratory served his community during Hurricane Harvey. He rescued this couple on August 27 when their home, built 11 feet above ground, was threatened with fast-rising water. As NOAA's Galveston team searched for Hurricane Harvey survivors, Kris heard the couple’s daughter shouting for help. Grappling with disabilities, the couple had only one way out of their home, and Kris navigated debris-loaded water to rescue them.

Q: As the head of NOAA Fisheries, what advice do you give fishermen about hurricanes—before, during, or after a storm?

A: Heed your forecast warnings before the storm, so that during the storm you are in a safe place. Boats and gear are replaceable. You and your crews’ lives aren’t.

If you have never been through a major hurricane (or even if you have), don’t underestimate the immense destructive power. Be prepared after the storm for challenging logistics and infrastructure conditions. My experience after Harvey was trying to do cleanup activities without water or electricity, or access to fuel or even basic food items, and both landline and cell phone coverage was absent or intermittent for weeks. There were no hardware stores or gas stations or marinas in operation for weeks after the storm, and many roads into and out of the area were closed. So, think ahead and be as prepared as you can for these types of conditions. Fishermen are among those most directly impacted by major storms, and are also among those most able to deal with and react to conditions following a storm.

Q: How else does NOAA assist the fishing community after a hurricane?

A: NOAA is committed to helping fishing communities, ecosystems, and industries recover from hurricane disasters over the long term. For example, NOAA Fisheries administers a fishery disaster assistance program to help fishing communities get back on their feet and strengthen their resilience. We are committed to doing our part to help sustain economically-important fisheries for future generations. Our website has more information about these services.

I’d also express my thanks and gratitude to NOAA Fisheries employees, who reside in every U.S. coastal state, that rise to the challenge when their communities need them. During Hurricane Harvey in 2017, six employees at our NOAA Fisheries Galveston, Texas, assisted in the water rescues of local citizens.

If you also live in a coastal area prone to hurricanes, learn how you can prepare by visiting Ready.gov/hurricanes.

Last updated by Office of Communications on July 01, 2019