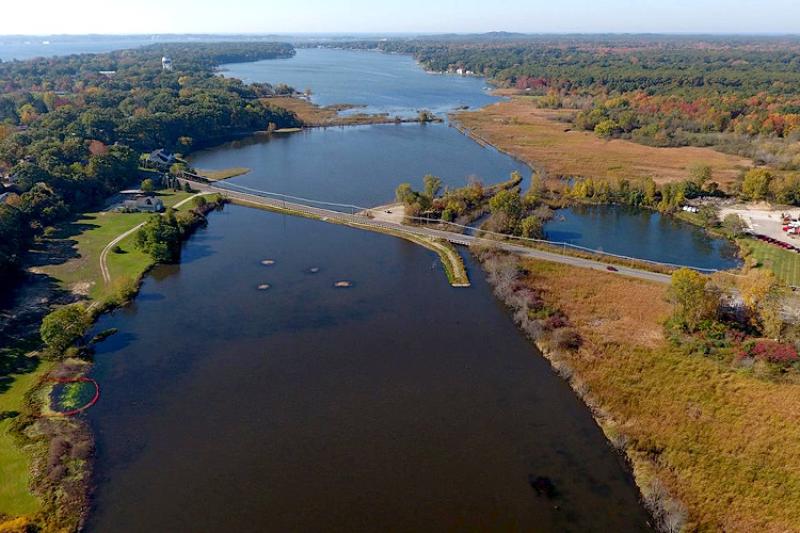 For decades, Michigan’s Muskegon Lake was considered one of the most degraded areas in the Great Lakes region. NOAA and the Great Lakes Commission have partnered since 2008 to restore habitat and improve water quality in the area. With much of this work nearly finished, Muskegon Lake could soon be removed from the list of Great Lakes Areas of Concern. This May, NOAA and other partners will celebrate a significant milestone where all management actions necessary to remove the AOC designation are now complete.

In the late 1800s, Muskegon was home to many different industries, including lumber mills, chemical companies, foundries, a coal-fired power plant, and a paper mill. Over time, these industries filled in the shoreline of the lake and contaminated the water and sediment with compounds such as mercury and polycyclic aromatic hydrocarbons. This resulted in habitat loss and degradation, water quality concerns, and declines in fish and wildlife populations. 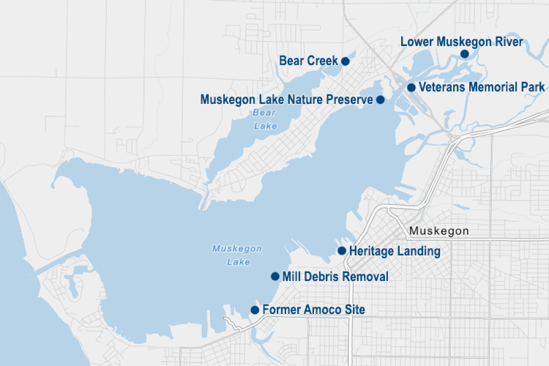 NOAA-supported restoration projects in the Muskegon Lake Area of Concern.

NOAA and the Great Lakes Commission are also supporting ecological monitoring for many of these projects, which is being conducted through the Grand Valley State University Annis Water Resources Center.

A 2011 study determined that, over 15 years, the Recovery Act funding we invested in Muskegon Lake restoration will result in a 6-to-1 return to the local economy. A 2020 follow-up study confirmed those projections, finding that habitat restoration in Muskegon Lake is improving area property values and boosting recreational opportunities for the surrounding community.

Combined, our many efforts in the Muskegon Lake region are helping to restore this important ecosystem and support Great Lakes fisheries and communities.

Last updated by Office of Habitat Conservation on June 06, 2022