NOAA Fisheries released two reports showing the number of landings and value of U.S. fisheries, as well as the economic impact of U.S. commercial and recreational fishing. 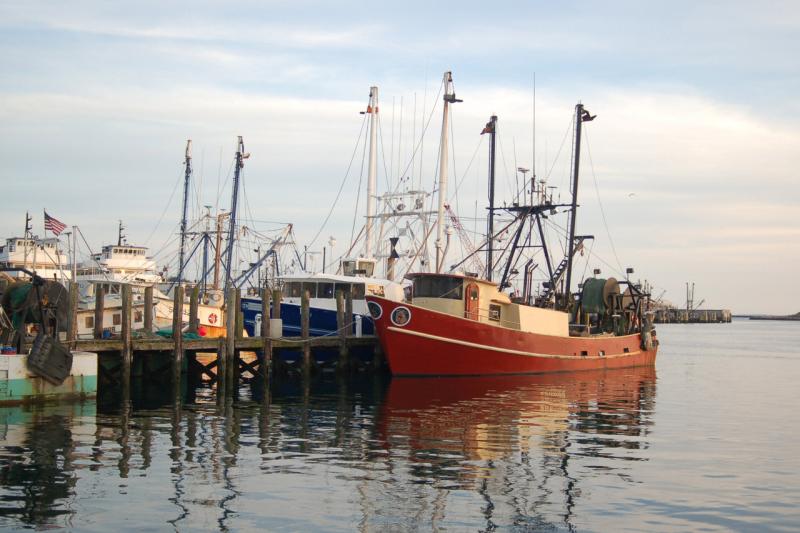 The continued, steady high landings and values of U.S. fisheries we’ve seen over the last five years points to the collective progress that our agency, the eight regional fishery management councils, and our stakeholders are making as we work to ensure the sustainability and economic stability of our nation’s fisheries. Ending overfishing was a difficult process that took many years, but we are now enjoying the payoff from the steps we took as a nation to make our fisheries sustainable.

Fisheries of the United States, 2017 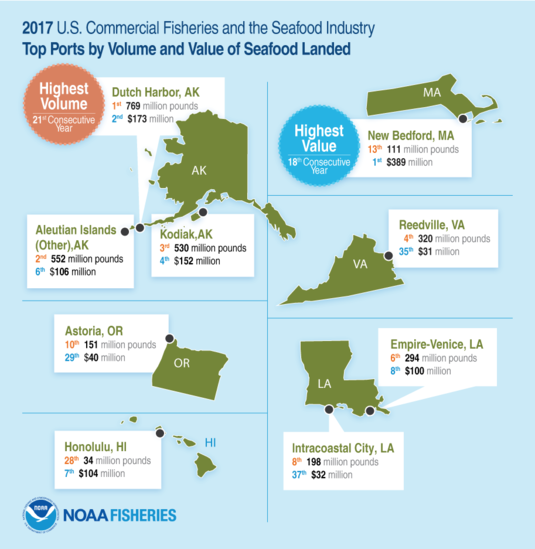 Fisheries Economics of the United States, 2016 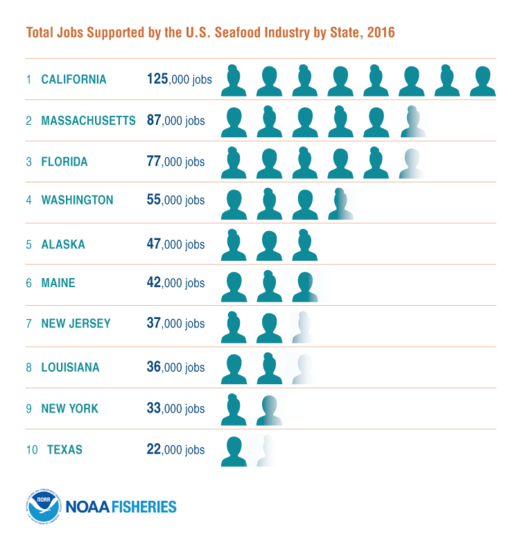 This report provides the most up-to-date economic statistics on commercial and recreational fisheries as well as seafood-related businesses for each coastal state and the nation. A key piece of the latest report is the jobs, sales, income, and value added to the Gross National Product by the fishing and seafood industries. This provides a measure of how sales from commercial and recreational fishing ripple through state and national economies as each dollar spent generates additional economic effects.

The commercial fishing and seafood industry — harvesters, processors, dealers, wholesalers, and retailers — supported 1.2 million jobs in 2016, generating $144 billion in sales impacts and adding $61 billion to the GDP. The domestic harvest produced $53 billion in sales, up 2 percent from 2015, and supported 711,000 jobs across the entire American economy. American lobster and sea scallops had the largest revenue increases, with each product up $46 million in revenue in the past year.

Last updated by Office of Science and Technology on February 07, 2019