New studies on the effects of ocean acidification due to rising atmospheric carbon dioxide levels. 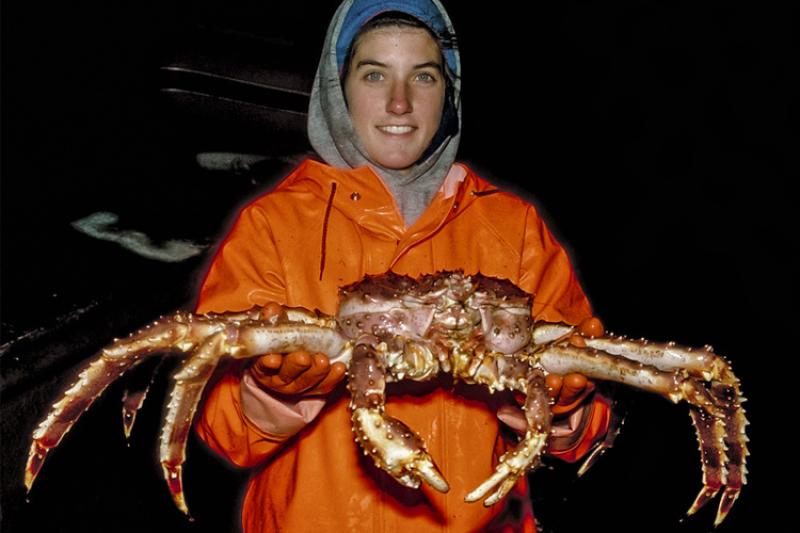 Sixty percent of U.S. seafood comes from Alaska. A profitable portion of this comes from the famed crab fisheries. New studies on the effects of ocean acidification due to rising atmospheric carbon dioxide levels support a growing body of evidence that the future for Tanner and blue king crab stocks in Alaska waters is, at best, uncertain. 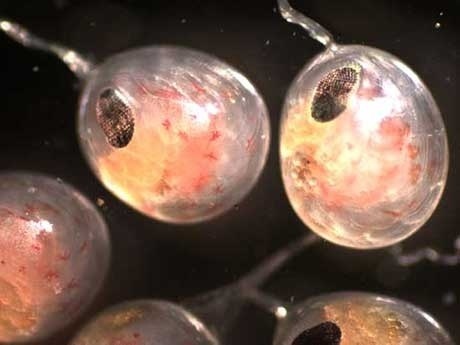 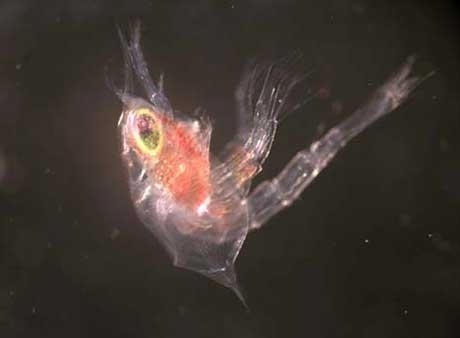 “A lot has to do with the stage in life that a crab is exposed to more acidic conditions (lower pH levels) than normal,” said Chris Long, NOAA Fisheries Alaska Fisheries Science Center. “For instance, the ocean environment that larval Tanner crabs live in is highly dynamic, with variable levels of acidity. At this age, tanner crabs seem able to tolerate shifts in pH. But if these animals are exposed to more acidic conditions at the embryo stage, they may be less able to tolerate changes in ocean acidification as larvae.”

Another issue is that young crabs exposed to low pH levels do not accumulate calcium as well, so their shells are softer, making them more vulnerable to predation. The combined effects of lower pH means that fewer crabs will be able to make it to adulthood. Lower crab populations mean fewer crabs for fishermen to catch.

In a separate study on blue king crabs, scientists also saw slower growth rates and higher mortality in juveniles exposed to more acidic conditions. Blue king crabs have supported an important fishery in the Bering Sea.  However, their populations around the Pribilof Islands and St. Matthew Island regions have fluctuated dramatically. This suggests that environmental conditions play a big role in the number of young crabs that actually grow to maturity and can be caught by the commercial fishery.  Changes in ocean acidification may make it even more difficult for these populations to recover from recent low levels.

These two studies on Tanner and blue king crabs add to a growing volume of work by NOAA Fisheries Alaska Fisheries Science Center and the University of Washington.

“In 2013 we announced findings that lower pH levels could have profound effects on the development of Alaska red king crabs and Tanner crabs,” said Bob Foy, head of the Alaska Fisheries Science Center’s Kodiak lab. “For the last few years, we’ve been looking at the effects of ocean acidification on different life stages of Tanner and blue king crab and the projections don’t look good.”

University of Washington scientist André Punt used these projections to evaluate effects on the lucrative commercial fisheries that rely on these crab species for their livelihoods.

“Our projections suggest that unless crab adapt to changing pH, we will be seeing lower catches in 40-50 years and the need for more effort to catch the crab that are out there,” said Punt. 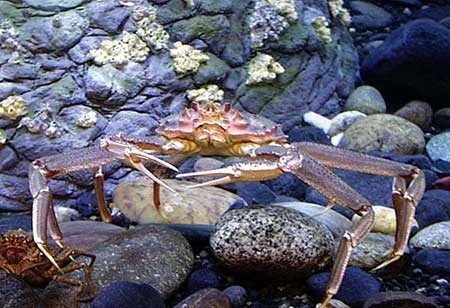 So the big unanswered question is then if the change in pH over decades is gradual, can crabs adapt?

“If there are any bright spots in all of this, it is that we saw evidence that both Tanner and blue king crab species have the capacity to adapt,” said Foy.

For Tanner crabs, even at the lowest pH tested, pH 7.5, some larvae, embryos and juveniles survived and grew, indicating variability in individual tolerances for low pH and the potential for natural selection to allow adaptation to acidified conditions.