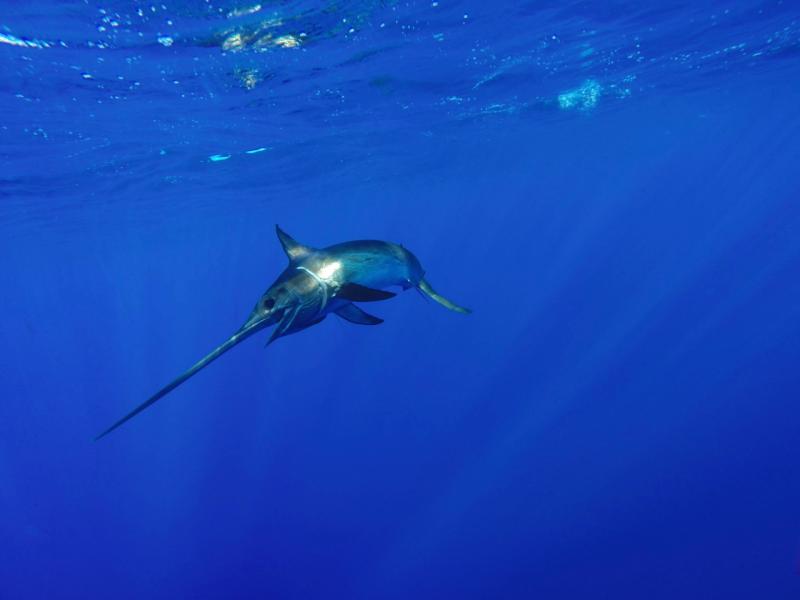 New computer-generated daily maps will help fishermen locate the most productive fishing spots in near real time while warning them where they face the greatest risk of entangling sea turtles, marine mammals, and other protected species. Scientists developed the maps, the products of a system called EcoCast, to help reduce accidental catches of protected species in fishing nets.

Funded primarily by NASA with support from NOAA, California Sea Grant, and Stanford University, EcoCast was developed by NOAA Fisheries scientists and academic partners with input from fishermen and managers.

EcoCast will help fishermen, managers, scientists, and others understand in near real-time where fishing vessels have the highest probability of catching targeted species and where there is risk of catching protected species. In doing so, EcoCast aims to improve the economic and environmental sustainability of fisheries that sometimes inadvertently catch and kill sensitive species. The first peer-reviewed description of the science behind the system appears this week in Science Advances 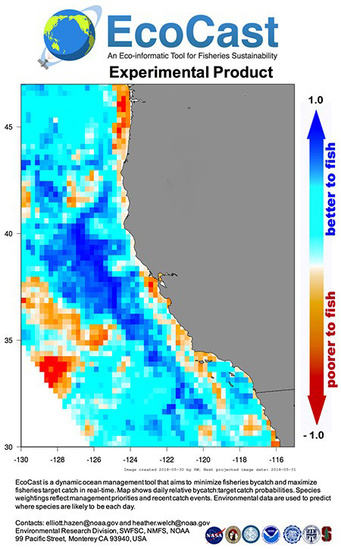 “We’re harnessing the field of big data so that information on ocean conditions can be of most use—so fishermen can go where they’re likely to find the swordfish they want to catch but avoid the species that they do not want to catch,” said Elliott Hazen, a research ecologist at NOAA Fisheries’ Southwest Fisheries Science Center and lead author of the new paper.

Currently NOAA Fisheries closes a large area off the West Coast to the swordfish fishery seasonally to protect leatherback turtles, which travel widely, and can be caught incidentally in the nets. Fisheries managers could use EcoCast to outline small, “dynamic closures,” that shift according to the likely locations of the species they are trying to protect. Since they concentrate protection where it’s needed most, dynamic closures for leatherback sea turtles could be two to 10 times smaller than the current static closures while still safeguarding the species that need it, the scientists found.

“EcoCast pioneers a way of evaluating both conservation objectives and economic profitability for sustainable U.S. fisheries,” said Rebecca Lewison, a senior scientist on the project from San Diego State University and a co-author of the new paper. “By meeting both conservation and economic objectives, EcoCast is an important step forward in supporting species, their ecosystems and our local and state economies.” Dynamic closures could also support more “climate-ready” fisheries management approaches that adjust to changing ocean conditions as the climate shifts and changes over time. For instance, unusually warm conditions off the West Coast in 2014 and 2015 have driven shifts in fish and marine mammal species, forcing fishermen to adjust their efforts. 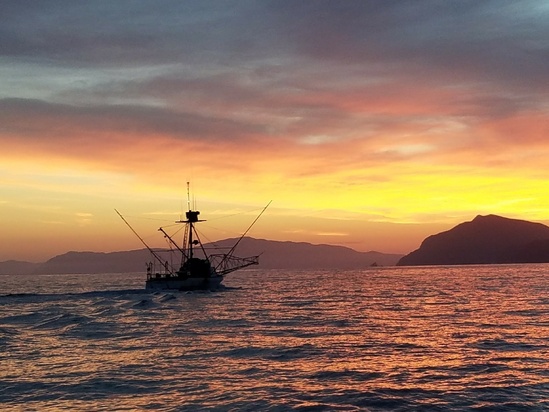 Fishing vessel off the coast of southern California.

She noted that fishermen participated throughout the development of EcoCast, which should help boost its usefulness to the fishing fleet.

The EcoCast system is up and running now. Learn more about how it works. 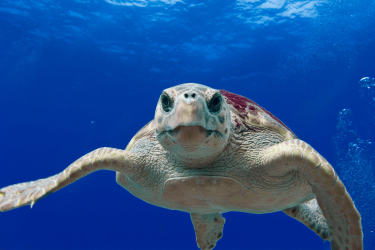