On July 9, 2019 while photographing right whales for identification, the NOAA Fisheries aerial whale survey team re-sighted a known entangled whale. They then assisted with relocating it for Canadian rescuers, and helped them a few days later by monitoring from above. As the rescue team worked to free the line, the aerial crew let them know how the entanglement appeared to change as a result of their efforts. 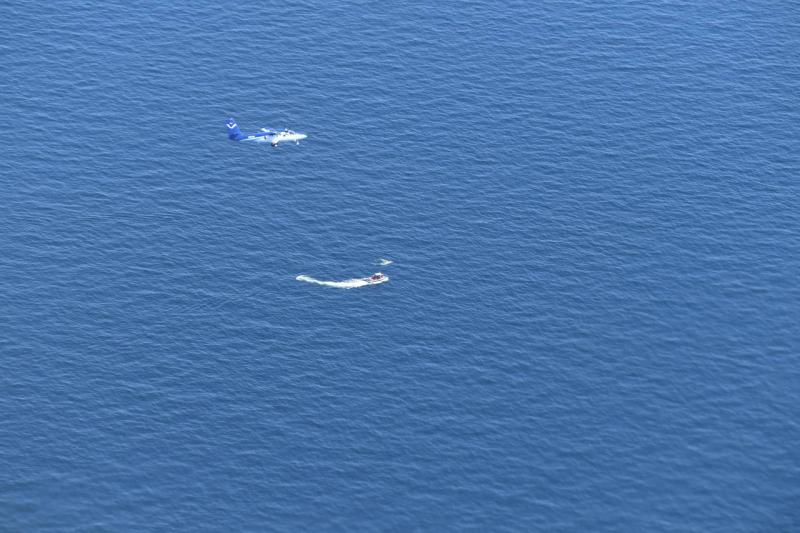 The Northeast Fisheries Science Center’s aerial whale survey team is flying in Canada this summer, conducting aerial surveys to document where, and which, right whales are using habitat in the Gulf of St. Lawrence.  On July 9 while photographing right whales for individual identification, they resighted a known entangled animal, #4440, late in the day.

Although the Campobello Whale Rescue Team was in the area aboard their rescue vessel, the light was fading and aircraft’s fuel was low. The NOAA aerial team had to return to base before the rescuers arrived at the whale, and they could not relocate it.

Overnight examination of images taken that day revealed that another known entangled animal, a 5-year-old male (#4423) was also in the area where #4440 was sighted. 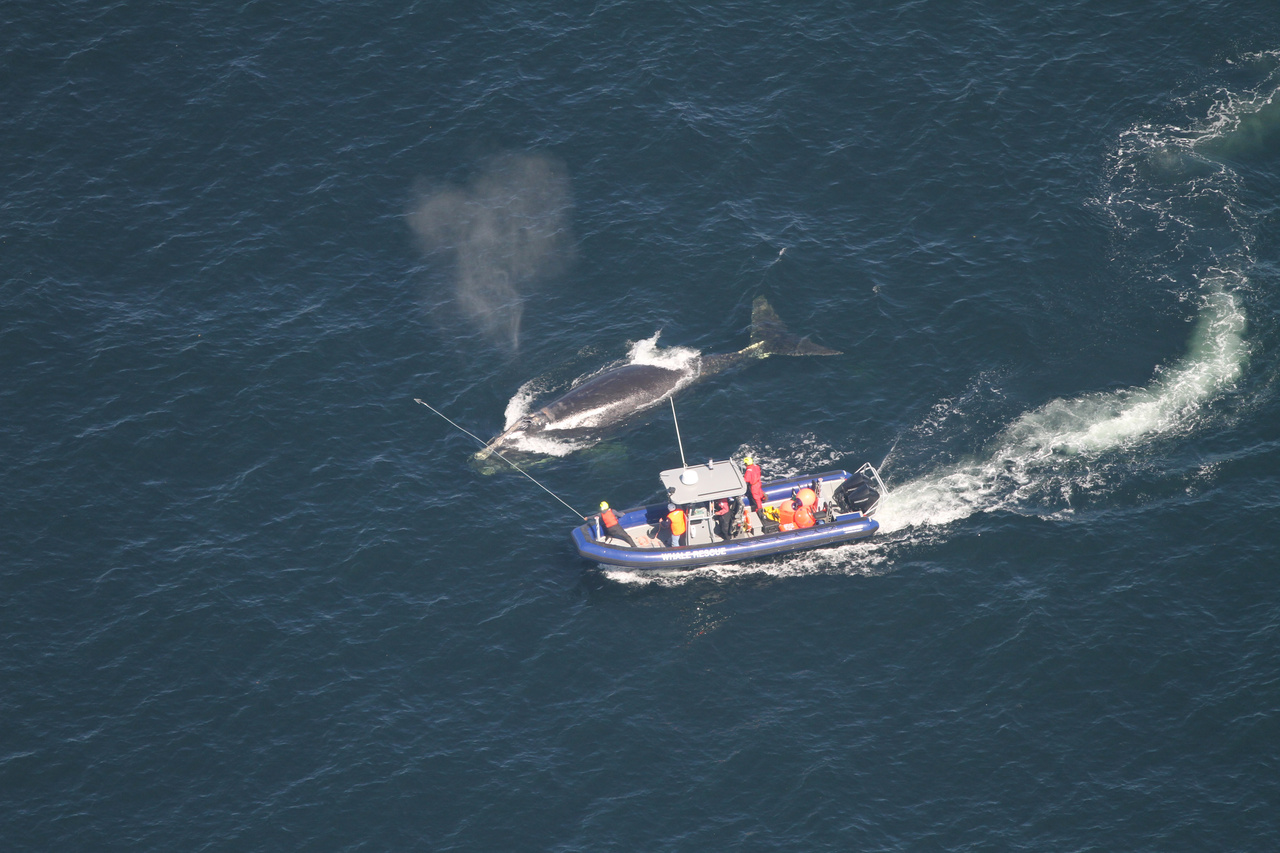 During the NOAA survey flight on July 11, the team resighted #4423 mid-morning and notified the Campobello Whale Rescue Team, which was in the area.  NOAA stood by and helped direct the rescue team to the whale.  The NOAA plane and crew returned to base to refuel.  A Fisheries and Oceans Canada Conservation and Protection patrol plane took over operations at the scene.

The NOAA team returned to the area in the afternoon, and stayed on the whale disentanglement to help rescuers by documenting and relaying changes in the gear configuration to them as they worked to release the whale. The NOAA plane stayed in the area as long as fuel would allow, leaving shortly before operations ended for the day.