As part of restoring the Kalamazoo River watershed from hazardous waste contamination, the Alcott Dam was removed from Portage Creek in Michigan, reopening the creek to fish and other wildlife. 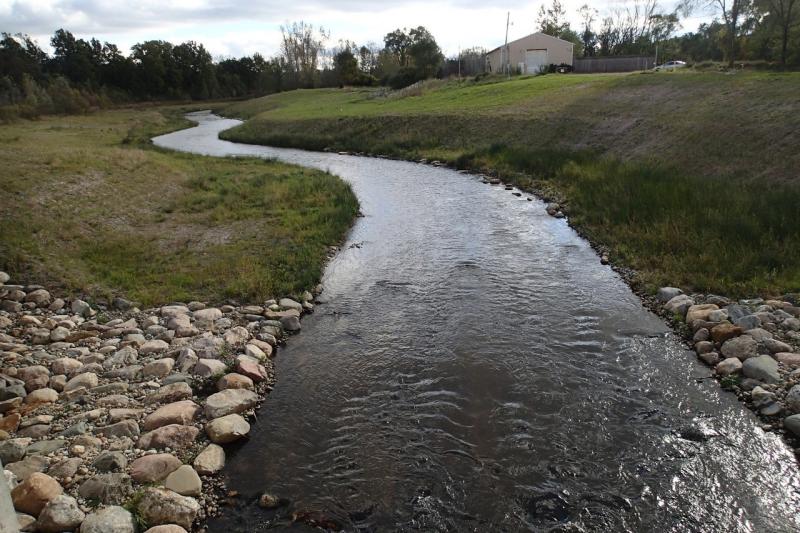 With the Alcott Dam on Michigan’s Portage Creek now removed, fish can move up and down stream through an additional 1.5 miles of habitat that was previously unreachable. NOAA and partners expect more fish species and other organisms in the food web will reenter the area. The project also provides increased flood protection to surrounding communities. 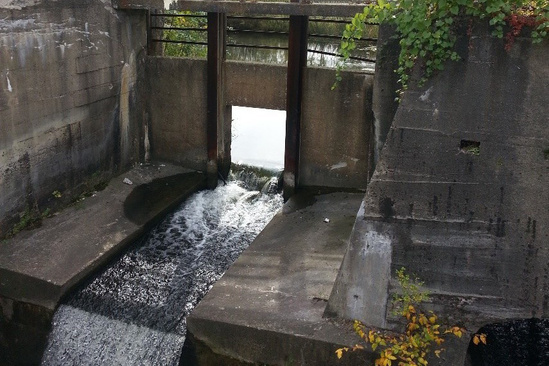 The Alcott Dam, which blocked fish from passing, before its removal. Credit U.S. FWS/Lisa Williams.

Along with the dam removal, the project also restored habitat in and along Portage Creek. Roughly 3,000 feet of the creek upstream of the former dam was enhanced with new rocky shallow areas and native plants along the banks and surrounding wetland areas. Fifty thousand cubic yards, or more than 15 Olympic-sized swimming pools of material, was also removed from the area to help contain stormwater in the event of heavy rains and flooding.

The dam removal was part of a plan to restore areas of Portage Creek and the Kalamazoo River by reconnecting rivers, streams, wetlands, and upland habitat for fish and wildlife to move freely. The project will also enhance those habitats to be more diverse. Fish species important to local ecosystems and recreation economies, including brown trout, smallmouth bass, golden redhorse, and white suckers, call the Kalamazoo River watershed home. 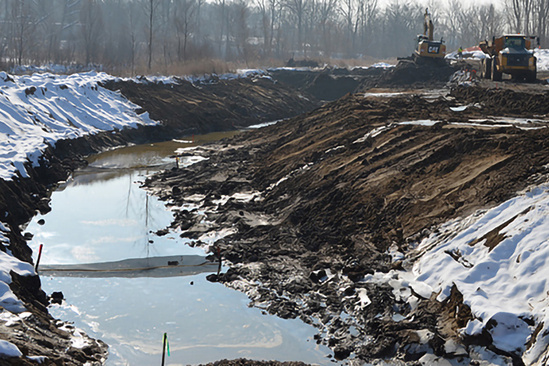 Why does the area need to be restored? It needs restoration because of impacts of hazardous waste pollution from old paper mills in the 1950s–1970s. The pollution included toxic PCBs, industrial chemicals banned in 1979. They contaminated the water, sediments, and soils along almost 80 miles of the Kalamazoo River and its tributaries, including 3 miles of Portage Creek. The pollutants got into aquatic invertebrates and fish and moved up the food chain through bald eagles and other wildlife that eat them. Fish consumption advisories are still in effect in the area as several species are unsafe for humans to eat.

The natural resource Trustees working on the larger Kalamazoo River hazardous waste site—NOAA, the U.S. Fish and Wildlife Service, and multiple agencies in the State of Michigan—provided $2 million for a number of activities. These include assessment of the pollution impacts, developing restoration plans, and implementation of restoration projects. The Michigan Department of Environmental Quality contributed more than $3 million came from toward the dam removal project, the habitat restoration, and other activities like properly disposing of contaminated sediments from the site. The removal of the dam was a high priority project in the Trustees’ restoration plan for Portage Creek. 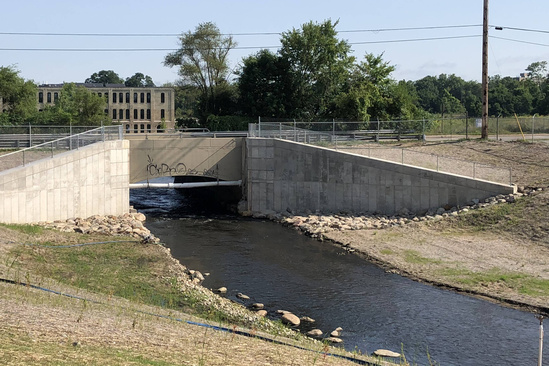 Looking downstream at some of the creek's recently restored river habitat and a refurbished bridge, also a part of the project.

These and other efforts with our co-Trustees and partners are helping make progress toward restoration of the Kalamazoo River back to supporting a healthy ecosystem and providing local communities safe places to fish, kayak, and enjoy these natural resources.

Last updated by Office of Habitat Conservation on May 03, 2022