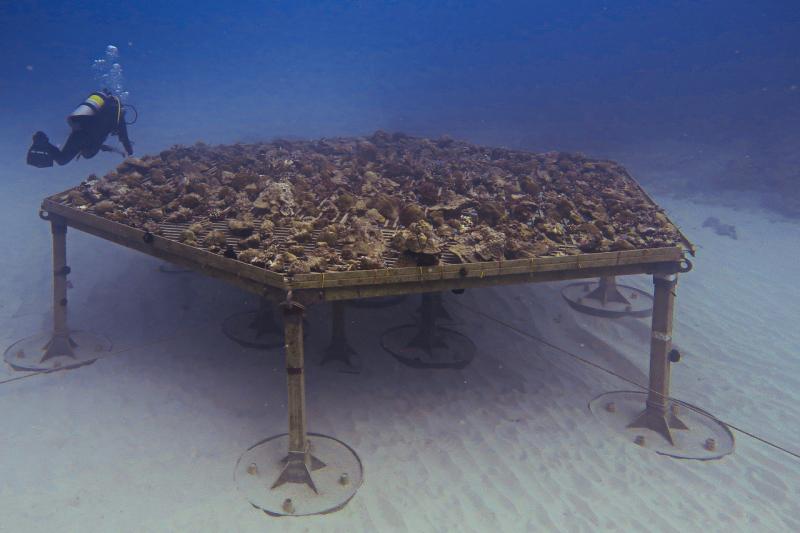 When a ship grounds on coral reef, the accident can severely damage the reef and scatter countless small coral fragments onto the seafloor. But these pieces of coral aren’t yet dead—they can gain new life if placed into a coral nursery. This small installation allows the coral fragments, which average around 4-inches in length, to recover and grow until they’re large enough for conservation managers to outplant them back into reefs that need them.

This process is effective in areas where corals grow relatively quickly, such as Florida and the Caribbean, but not so much in places like Hawaiʻi. Recently, NOAA’s coral restoration experts have devised an alternate plan: Instead of focusing on recovering coral fragments, they could save fully formed colonies that have become detached from the reef due to storms and other disturbances.

To that end, NOAA Fisheries and partners enlisted the help of University of Hawaiʻi mechanical engineering students to develop a new type of coral nursery that could hold these large corals. In the summer of 2018, the coral champions placed the large, carefully designed structure into Oʻahu waters and loaded it up with detached corals. These relocated corals, which would have otherwise died, are now recovering nicely in their coral daycare and awaiting their turn to be outplanted back into the reef.

Check out our visually engaging StoryMap feature to learn more about this fascinating project.