Take a look through the lens as NOAA Enforcement personnel deploys to South Carolina for a week-long emergency support effort. 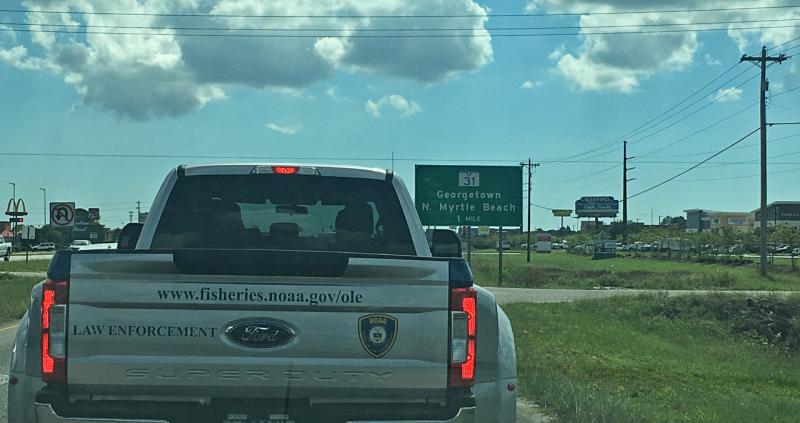 It's well known that NOAA's Office of Law Enforcement has a mission to enforce domestic laws and international treaty requirements to ensure these global marine resources are available for future generations. What's not as well known is that OLE also has a unique commitment to support the Federal Emergency Management Agency under the Emergency Support Function 13--the public safety and security annex to the National Response Framework.

Through ESF-13, if FEMA requests NOAA's support, OLE could be asked to deploy sworn officials, vessels, and other resources to aid in emergency relief efforts. On several recent occasions, OLE was called upon to prepare for deployment. The office and several teams were put on standby, but were not called to action. Until now.

On October 1, OLE received a call to rapidly deploy officers and agents to South Carolina to assist with the aftermath of Hurricane Florence. 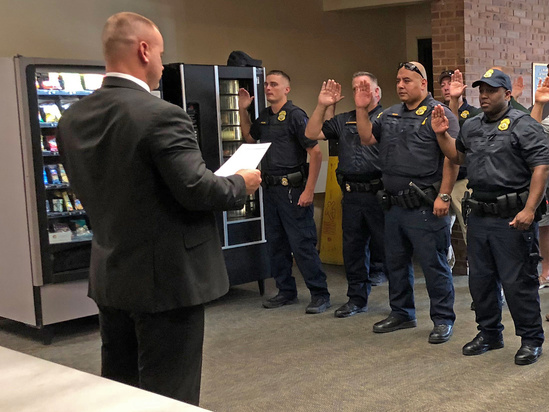 Upon arriving at the staging location, OLE personnel took an oath. 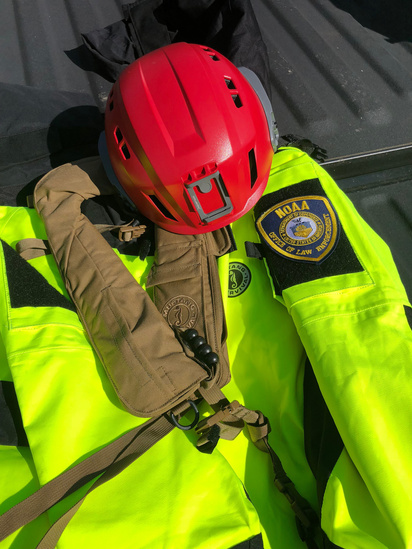 "For officers and agents who work for NOAA OLE, our authorities are derived from the laws we enforce and are typically focused on fisheries and natural resource related services," said Everett Baxter, Special Agent in Charge of domestic operations. "When deployed supporting ESF-13, our people are deputized by the U.S. Marshals Service and authorized to perform a wider range of law enforcement related services."

After being sworn in, OLE personnel were issued additional safety gear--helmets, bright dry suits, inflatable life vests, and gloves. In addition to ensuring the safety of the enforcement personnel, this gear also helps civilians identify them when help is needed.

Several NOAA Enforcement trucks were used to travel throughout the Myrtle Beach area. Personnel used the marked vehicles to further identify how community members could get help. The dual rear tires on the trucks allowed teams to access areas previously unreachable because of downed trees and high water.

"When we arrived at one of our assigned neighborhoods, we were immediately greeted by the residents and distributed water to them. They were very welcoming and were glad more people were sent to help," said Enforcement Officer Matthew Roache. "It was very rewarding knowing that we made a difference." 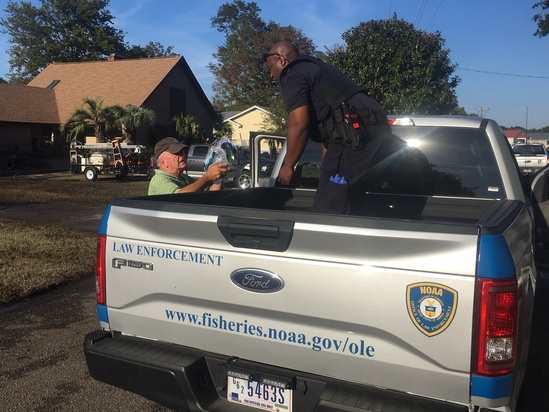 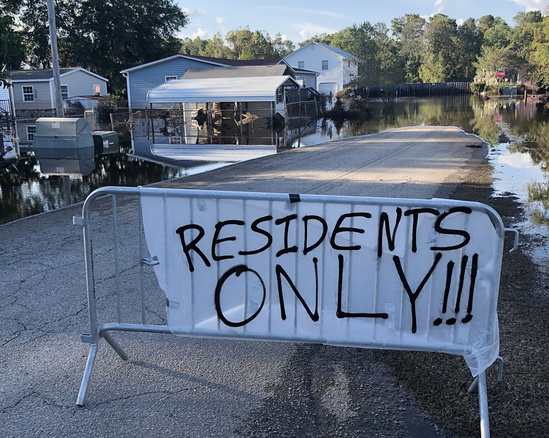 "The situation is dire," said NOAA Enforcement Officer Marcos Nieves. "I saw the news reports about how devastated the area was by Florence. But the videos and pictures don't truly capture the magnitude of the situation like being there in person." 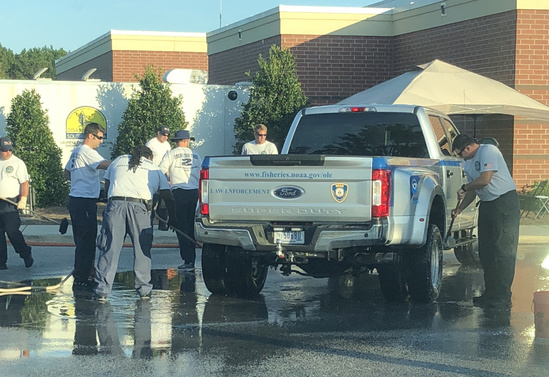 At the closing of each day's mission, all trucks and equipment were thoroughly decontaminated.

"At first you may think that the trucks, boats, and other equipment are just being cleaned. But that's not the case. There were dead animals in the water we worked in and drove through, and a ton of bacteria growing because of the amount of standing water; it's really unhealthy," said NOAA Special Agent Jason Couse. "Sewage treatment plants and lift stations were flooded in this storm, too, so that water has everything imaginable in it. It can be dangerous. So everything gets meticulously decontaminated."

When the week-long deployment concluded, OLE personnel and trucks returned to their home station. But for three of the six who worked Hurricane Florence, the relief efforts were not yet finished.

On October 9, FEMA again called upon OLE for assistance--this time for relief efforts in the aftermath of Hurricane Michael. OLE sent a team of 13 officers and agents, three of whom had served on the Florence team. Check back in the coming weeks for a follow-up story.

Story by Ally Rogers, communications officer for NOAA's Office of Law Enforcement. To contact her, please call 301-427-8255 or email allyson.rogers@noaa.gov.

Last updated by Office of Law Enforcement on October 17, 2018