When the 60-foot fishing vessel Timmy Boy returned to Newport, Oregon, it had no fish in the hold. Instead, the vessel and its crew brought back lots of data, research samples and knowledge of the latest ocean conditions off the Pacific Northwest. 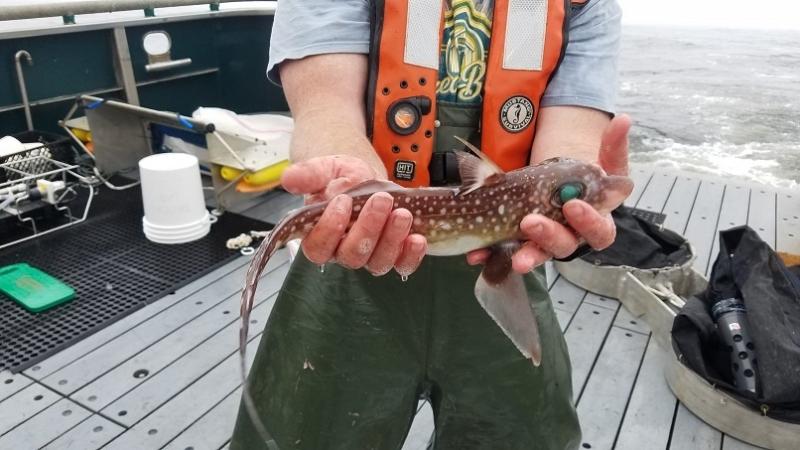 When the 60-foot fishing vessel Timmy Boy returned to Newport, Oregon, last week after two full days at sea, it had no fish in the hold. Instead, the vessel and its crew brought back lots of data, research samples and knowledge of the latest ocean conditions off the Pacific Northwest.

“The great thing about doing it this way is that the fishermen get a chance to see how we research ocean conditions, and we get to see how they operate, and it opens our eyes in both directions,” said NOAA Fisheries research biologist Waldo Wakefield. “We’re both working around the ocean all the time and we both see things that can help each other.”

He said the partnership encourages communications between fishermen and scientists about ecological conditions off the West Coast, and provides highlight capable vessels and crews with experience safely deploying gear at sea.

Many NOAA Fisheries research surveys use NOAA research vessels such as the R/V Bell M. Shimada, which is based in Newport. The NOAA Cooperative Research Program supports the use of fishing vessels such as Timmy Boy to support research, promoting interaction between scientists and local fishermen. This is the third year the program has supported quarterly research trips out of Newport, said Jennifer Fisher, an Oregon State researcher who works closely with NOAA. 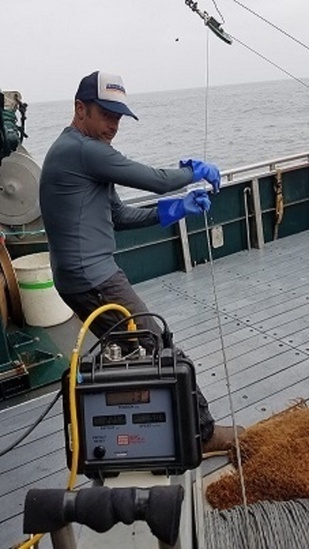 Timmy Boy deckhand Chris Kauffman positions a cable during a research trawl to sample fish off the coast of Oregon. Photo: Jennifer Fisher/OSU/NWFSC

“They are the same environments, ecosystems and populations we’re all interested in understanding, so the more closely we can work together, the more we learn,” said Dylan Eder, who often captains the Timmy Boy and whose father, Bob Eder, owns the vessel. The program has also supported research surveys aboard the F/V’s Michelle Ann, Miss Yvonne, and Lady Law, also based in Newport.

The research trips generally last two days and have helped researchers track unusual changes off the Pacific Northwest in recent years, including the appearance of the so-called “warm blob,” that affected much of the West Coast and the more recent explosion of pyrosomes, gelatinous creatures that filled the waters from Northern California to Washington for weeks.

The year-round offshore studies help researchers detect ocean changes and trends that might otherwise go unnoticed, Wakefield said. “Only through these types of long-term studies can we begin to see real changes that reveal what’s happening in the ocean and role of climate too,” he said.

The scientific surveys include research trawls for young of commercially important fishes and sampling of fish and shellfish larvae that help researchers understand how fish populations are changing and growing. They also include sampling of ocean conditions such as oxygen and salinity levels and collection of plankton that helps scientists track and decipher ocean dynamics such as upwelling of deep, cold water rich in nutrients.

The scientists sample close to 20 ocean “stations” extending out as far as 85 nautical miles on each survey, tracking conditions over time. The surveys have led to three published peer-reviewed scientific papers, with many more in the works.

While the surveys provide some income for fishermen between seasons, they also help build relationships within the local community, Fisher said. Fishermen on the trips, she said, often share anecdotal reports or experiences that help researchers see the issues or species they study from a different perspective.

“It’s been really positive for the scientific community and the fishermen because we both learn so much from each other, and much of the time it’s fisheries issues that drive our research questions,” Fisher said. “We’re more likely to find answers working together.”