Agency presents first Species in the Spotlight award in Alaska 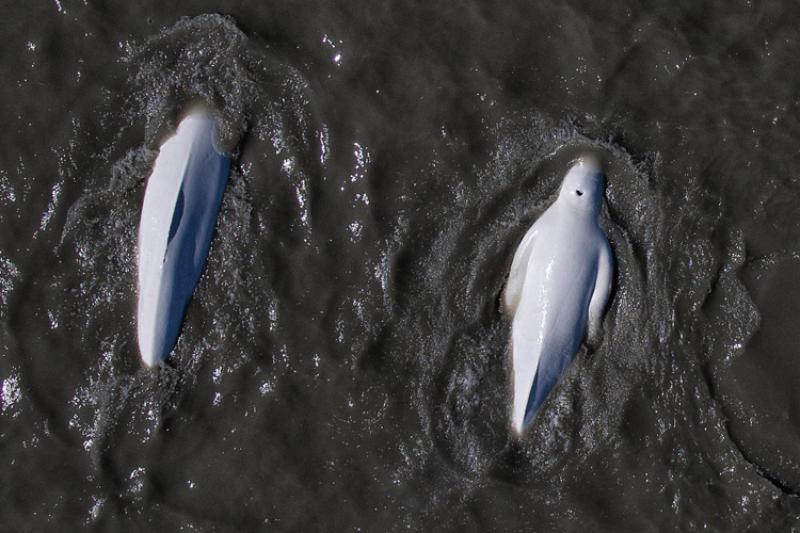 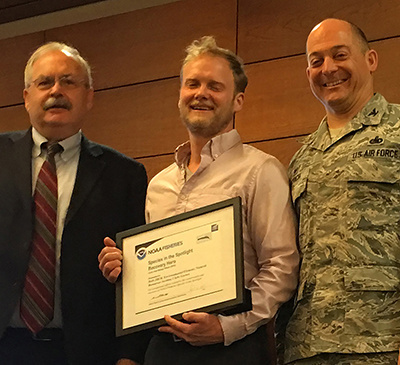 Anchorage, AK—NOAA Fisheries presented the Species in the Spotlight Recovery Hero Award to Joint Base Elmendorf-Richardson’s Cook Inlet beluga conservation program team on April 6, 2017. The team is part of the 673rd Air Base Wing Environmental Element, Natural Resources Section. It is the first time NOAA has awarded the honor in Alaska.

In 2015, NOAA kicked off a concerted agency-wide effort called Species in the Spotlight to draw upon the power of partnerships to focus recovery efforts on eight marine species most at risk of extinction, including Alaska’s iconic Cook Inlet beluga whale.

“We have conducted multiple projects, beginning back in the ‘80s with JBER biologists flying surveys,” said Recovery Hero Award recipient Chris Garner, a biologist assigned to the 673d Civil Engineer Squadron. “We gladly accept this award and do so with the full realization there was a whole group of people who helped us get to this point.”

Because of JBER’s important contributions to marine mammal science, we are in an improved position to recover the Cook Inlet beluga population.

Cook Inlet belugas were listed under the Endangered Species Act in 2008. Today, they number about 340. NOAA Fisheries recently completed a recovery plan for the species.

Last updated by Office of Communications on May 11, 2021