The suggested path forward is the only option capable of producing catch estimates that can be compared across the historical time series. 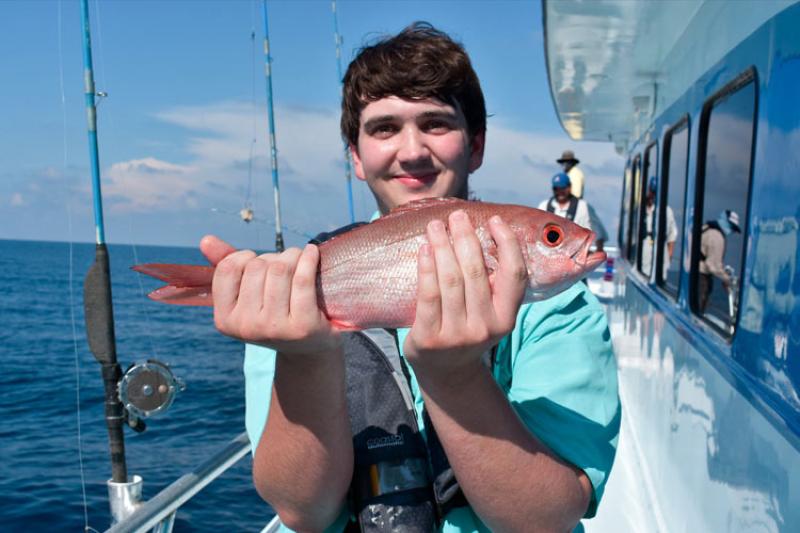 At its August 26, 2019 meeting, the Southeast Data, Assessment, and Review Steering Committee will discuss a region-specific white paper (PDF, 31 pages). The paper documents NOAA Fisheries’ recommended path forward regarding the most appropriate source of marine recreational catch statistics. It addresses the upcoming assessment of gray triggerfish, vermilion snapper, and other Gulf of Mexico reef fish stocks.

At present, seven surveys are available to estimate recreational catch in the Gulf of Mexico. There are four general surveys that monitor catch of all finfish species encountered. There are also three specialized, state-specific surveys that monitor catch of certain species by anglers fishing in certain modes. Some of these surveys have produced different catch estimates, which has raised questions about how the data they collect should be used in fisheries science.

The accurate assessment of stocks requires catch estimates that can be compared across the historical time series. NOAA Fisheries’ recommended path forward is the only option capable of producing such statistics. It involves converting estimates derived from state-specific surveys into the “common currency” of the Marine Recreational Information Program’s general survey designs.

We are working to develop methods that will allow us to calibrate “common currency” estimates against state-specific surveys and to integrate state surveys to produce one set of statistics for the shared species they cover. These methods are not expected to be peer-reviewed until 2020 or later.

This summer, NOAA Fisheries will participate in a series of workshops with state and regional partners to explore differences in the catch estimates produced by different surveys. It’s reasonable to expect different surveys to produce different estimates—even when these surveys are conducted side-by-side. Learning more about the factors that influence these differences could help us improve our sampling and estimation methods across the region.

Last updated by Office of Science and Technology on September 19, 2019