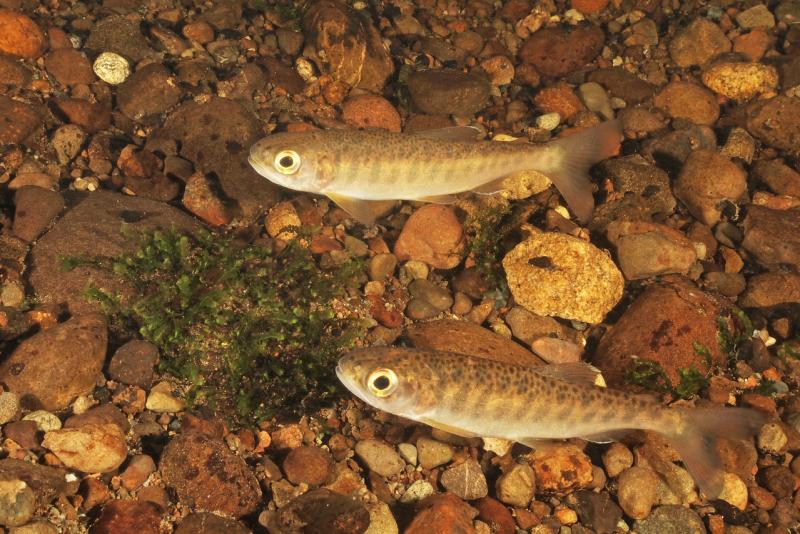 The project’s benefits to fish were realized immediately—443 acres of different estuary habitats critical to juvenile salmon are now available, including mud flats, open water with vegetation, marsh and others. Often called “nurseries of the sea,” estuaries offer unique conditions, like slow moving water and tides that bring in nutrients, which keep fish safe and allow them to grow. 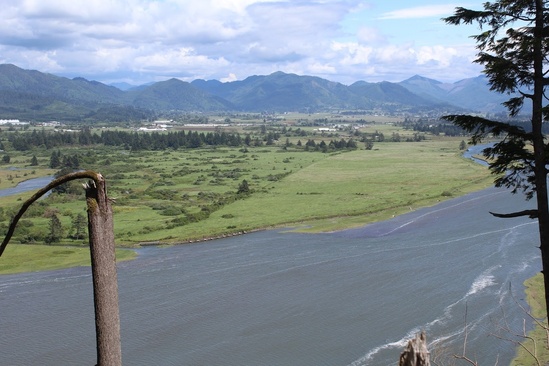 A recently published report also confirms the project’s flood reduction goals were achieved. Shortly after project completion, in October 2017, a flood occurred at the site. Our restoration work resulted in widespread reduction in flood levels and duration including along Highway 101, a key commercial and transportation corridor. In total, about 4,800 acres around the project site showed reductions in flood levels.

This project, like many others we work on, shows how restoring habitat back to its natural functions can help coastal communities be more resilient against severe weather. Nature-based approaches are being shown to provide these, and many other economic benefits, along both the the east and west coasts of the United States.

Almost 90 percent of the Tillamook Estuary’s historic tidal wetlands have been lost to development and agriculture. Like many other species relying on estuary and wetland habitats, loss of these areas is a primary contributor to the decline of Oregon Coast coho salmon. 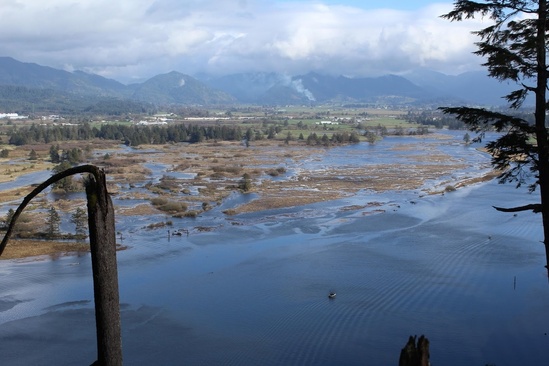 After project completion the estuary habitat has water flowing through for fish to access. Credit: Tillamook Estuary Partnership.

To achieve the mutually beneficial project goals, old levees, fill, and tide gates were removed to create tidal estuary habitat. This functions as a “flow corridor,” allowing flood waters to move freely and quickly away from the town of Tillamook. Now, nearby properties and more than 500 structures are protected from flooding. It’s estimated that $9.2 million in economic benefits will accrue from avoided flood damages over the next 50 years. 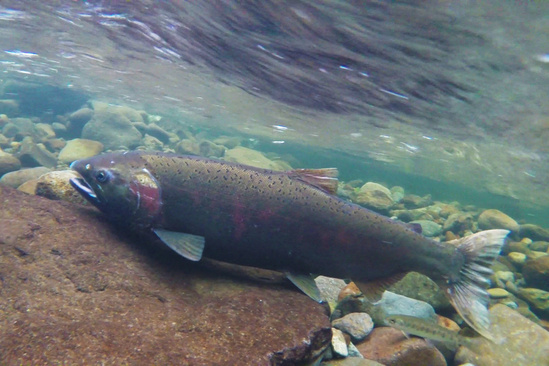 After growing in estuaries and migrating to the ocean, coho salmon return back to streams to spawn. Credit: Bureau of Land Management.

The project reconnected hundreds of acres of marsh habitat and restored 13 miles of new tidal channels. This will significantly benefit Endangered Species Act-listed Oregon Coast coho salmon. Historically, more than 200,000 of these salmon would return to Tillamook Bay each year. That number was down to just 2,000 in 2012. This habitat is critical for juvenile salmon to feed and grow, and will help with the broader goal of species recovery along Oregon’s entire coast.

The Southern Flow Corridor Project is the result of tremendous community support and collaboration. NOAA Fisheries’ Restoration Center, within the Office of Habitat Conservation, and the West Coast Regional Office, worked with more than a dozen local, state, federal, tribal and private partners on this effort.

Key partners include the Port of Tillamook Bay, Tillamook Bay Habitat and Estuary Improvement District, Tillamook County, the State of Oregon, FEMA, U.S. Fish and Wildlife Service, the Institute for Applied Ecology, and the Tillamook Estuaries Partnership. We provided funding for the project through the Community-based Restoration Program and the Pacific Coastal Salmon Recovery Fund, and on-the-ground technical assistance.