A Partnership for Sustainability: Fishermen and Fisheries Observers

The science of sustainability. 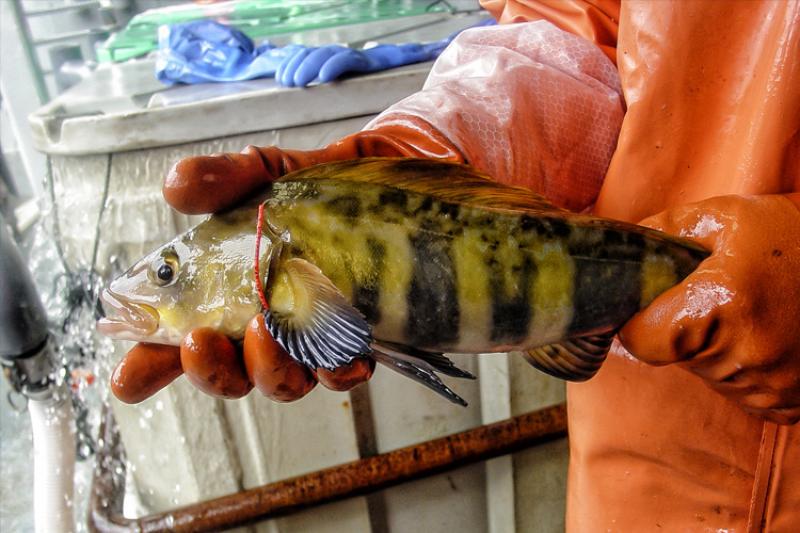 Fisheries management uses science to decide when, where and how much fishermen can catch so fish stocks remain healthy. Fisheries observers are biologists who collect data about these stocks needed for science-based management.

“I liked that it was this hands-on, directly involved job,” says Nicole Baker, explaining how she first decided to work as a North Pacific groundfish observer.

Observers and fishermen live and work side-by-side on fishing vessels. Their roles in keeping fisheries sustainable are closely related too. Fishermen depend on healthy fish stocks for their livelihood, and observers work with fishermen to collect the information needed to keep fish stocks healthy. 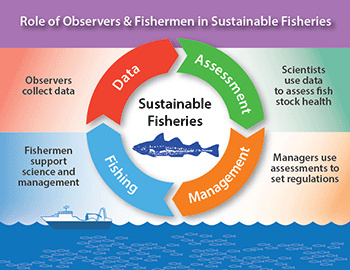 Alaska supplies about half of the commercial seafood harvested in the United States and is widely held up as a model of well-managed fisheries.

The strong working relationship between observers and fishermen plays a key role in its success.

“Having an observer takes up bunk space and slows things down. But most fishermen want really good information. They want to know that the information is right, even if the answer works against them,” says Jason Anderson of the Alaska Seafood Cooperative. “We know that we need observers. It has gone from an inconvenience to, we need the information. In the Gulf of Alaska only one observer is required on our vessels, but most boats opt to carry two and pay the extra cost, because they want more accurate data.”

“Every single captain and the processing plant personnel I’ve met gets why you’re there. It might have been different back in the 70s, but now a lot of fishermen have been around for a long time. They’re helpful. They understand what you’re doing,” says Baker. “They give up a bunk for you, help you get samples, tell you what the previous observer did so you can assess whether that will work for you.”

For Nicole Baker, they also helped decide the direction of her career.

“Before I started, I was more interested in marine mammals. I wanted to become a dolphin trainer,” says Baker.

After five years as an observer, she has a new ambition.

“Talking with fishing boat captains and crew got me interested in fisheries. I was especially inspired by a conversation with a captain who was on the North Pacific Fishery Management Council. He had an interesting perspective since he worked both in management and as a fisherman himself. Now I am fascinated with every aspect of fisheries management—the biology, ecology, economics, the people. I decided to study fisheries in graduate school.”

* Nicole Baker has worked as a North Pacific groundfish observer for 5 years, deploying on 15 fishing vessels. She graduated this spring with a Master's degree in biological oceanography from the University of Puerto Rico, where she studied the conch fishery.

* Jason Anderson was an observer in Alaska and Hawaii, then wrote regulations while working at NOAA’s Office of Sustainable Fisheries. He is now manager of the Alaska Seafood Cooperative, where he works on many science-related issues.