Predicting River Response to Dam Removal: What Happens Next?

The NOAA Restoration Center and its collaborators have been studying the physical and biological effects of these projects to understand and be able to predict what will happen to the area when a dam is removed. 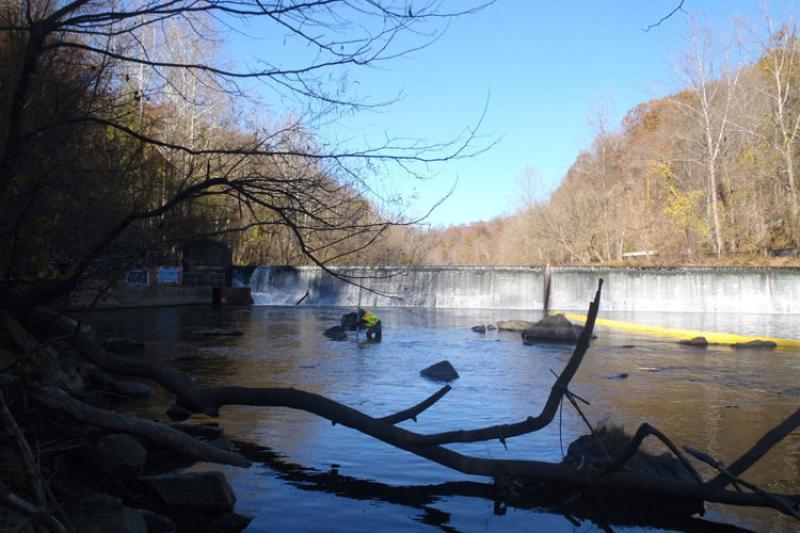 Aging dams are being removed around the Northeast and throughout the country to improve public safety and restore river ecosystems. While this is great news for sea-run fish like Atlantic salmon, river herring, and American shad that need access to river habitat for spawning and growth, dam removals present challenges for project planners and local community members who are concerned about potential impacts.

The NOAA Restoration Center and its collaborators have been studying the physical and biological effects of these projects to understand and be able to predict what will happen to the area when a dam is removed.

Trapped Sediment Can Cause Problems

Dams work by blocking and storing water flow, creating pond-like environments called reservoirs. The reservoirs trap sediments (e.g., gravel, sand, silt, and clay) carried by the water flow upstream. When dams are removed, project planners and local community members worry about how much of the stored sediment will erode, where and how much sediment will accumulate downstream, and how long sediments will stick around. Large quantities of sediment in river channels can cause flooding, degrade fish and wildlife habitat, and restrict navigation and other human uses. 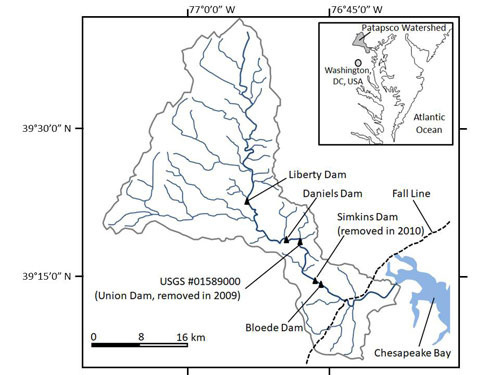 Testing Model Predictions in the Field

To predict the changes, project engineers and planners use computer models. But how accurate are these models? A research team supported by the NOAA Restoration Center had a rare opportunity to test the performance of one model by comparing a pre-project forecast for the removal of Simkins Dam in Maryland with field-measured changes of the stream channel taken there in the years after the 2010 project. The team used the three years of field measurements to evaluate how well the model predicted the actual outcomes. They also tested whether the model would have made better predictions if it were based on detailed measurements of the channel, available from the field study, rather than the more simplistic representations available during project planning. 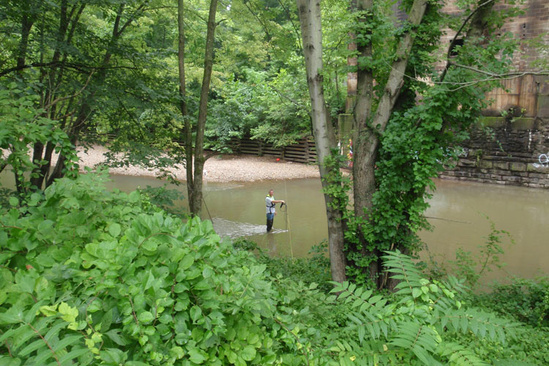 It’s Not Always in the Details

By comparing the model predictions with field measurements, the team showed that the computer model reasonably estimated where major erosion and deposition would occur—although it predicted erosion and deposition happening somewhat quicker than they did. Significantly, they also showed that a more detailed representation of the channel with field data did not improve model predictions enough to change the general conclusions about overall impacts. This means that pre-project modeling can often be done more inexpensively than if detailed field measurements were required, reducing overall project costs.