West Coast trawl fishermen caught almost 14 million pounds of fish in 2018. A trial effort gave them new flexibility in how they fished, while still protecting salmon and other species. 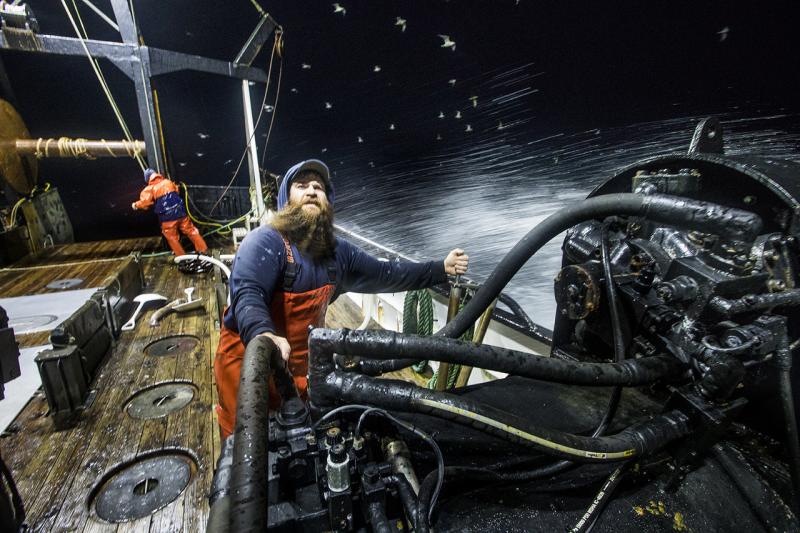 A trial effort that gave West Coast trawl fishermen new flexibility in how they fish helped them take advantage of rebounding rockfish numbers to catch almost 14 million pounds of fish in 2018 while still protecting salmon and other species.

The additional catches brought about $5.5 million in additional revenue to West Coast communities, according to NOAA Fisheries’ estimates.

The initiative made use of exempted fishing permits, or EFPs, which allow NOAA Fisheries to temporarily exempt certain vessels from certain fishing restrictions to test new fishing gear or methods. The trial period also helps NOAA Fisheries determine whether to adopt these changes on a larger scale and create new regulations based on the results.

“We were eager for groundfish vessels to take advantage of healthy stocks and high quotas as quickly as possible while being sensitive to the need to minimize interactions with salmon and other protected species,” said Lori Steele, executive director of the West Coast Seafood Processors Association, which joined other industry groups in proposing the pilot effort. “NOAA Fisheries stepped up and helped us design this EFP to provide fishing opportunities and collect important information the agency needed.”

A Turnaround for West Coast Rockfish

The success marks a complete turnaround from the days when many West Coast rockfish stocks became overfished in the 1990s.  The harvest restrictions needed to support rebuilding of the stocks devastated the groundfish fleet and coastal communities that depended on these stocks.

In 2011, NOAA Fisheries, with the Pacific Fishery Management Council, switched the fishery to catch shares management. Catch shares allocates each fisherman a share of the allowable catch, as determined by scientific data. That freed fishermen from having to race each other to catch the most fish. The management change resulted in a substantial reduction in discarded catch and led to the full rebuilding of several groundfish species, some of them a decade or more ahead of expectations.

That in turn made some regulations designed to protect the reduced stocks unnecessary.  Therefore, Steele joined Brad Pettinger, former director of the Oregon Trawl Commission; Shems Jud of the Environmental Defense Fund; and Mike Okoniewski of Pacific Seafood to propose an EFP that would exempt some fishermen from some of those regulations on a trial basis to target abundant stocks while avoiding the remaining vulnerable stocks.

“The EFP provided the fishing community the flexibility to benefit from the rebound in many West Coast groundfish stocks, while continuing to protect those stocks and other vulnerable species, such as salmon, that need it,” said Ryan Wulff, Assistant Regional Administrator for Sustainable Fisheries in NOAA Fisheries’ West Coast Region. “The results were just as we hoped: a more productive fishery, increased revenue, and improved regulatory flexibility for the fleet.”

By boosting target catches, the EFP has helped the industry regain its foothold in some key markets and provide more fresh West Coast rockfish to restaurants and stores once again.

“This EFP has been a remarkable success – millions of pounds of sustainable rockfish landed with almost no bycatch,” Jud said. The “recent adoption of changes to trawl gear regulations will enshrine some of the benefits of the EFP, securing greater revenue for fishermen and processors and more abundant rockfish on menus and in seafood markets for consumers to enjoy.”

NOAA Fisheries applied the findings from the EFP, using data gathered from the 2017 and 2018 EFPs, to permanently revise the trawl gear regulations at the start of the 2019 fishing year. For example, vessels no longer need to return to port to switch the kind of nets they use, and can instead carry both nets and switch at sea. Other results of the EFP will inform future changes in regulations.

“This EFP is a collaborative success among processors, fishermen, an environmental non-government organization and NOAA Fisheries that added millions to our fishermen’s incomes, created processor jobs, and brought a great U.S. seafood item to the American consumer,” Okoniewski said.

Seafood consumers can find out more about U.S. West Coast rockfish, and the science-based management of the fishery, by searching the rockfish species profiled on FishWatch.gov.

Last updated by West Coast Regional Office on May 03, 2019