Recovering populations of sea lions, harbor seals, and other marine mammals on the West Coast are eating more and more Chinook salmon. 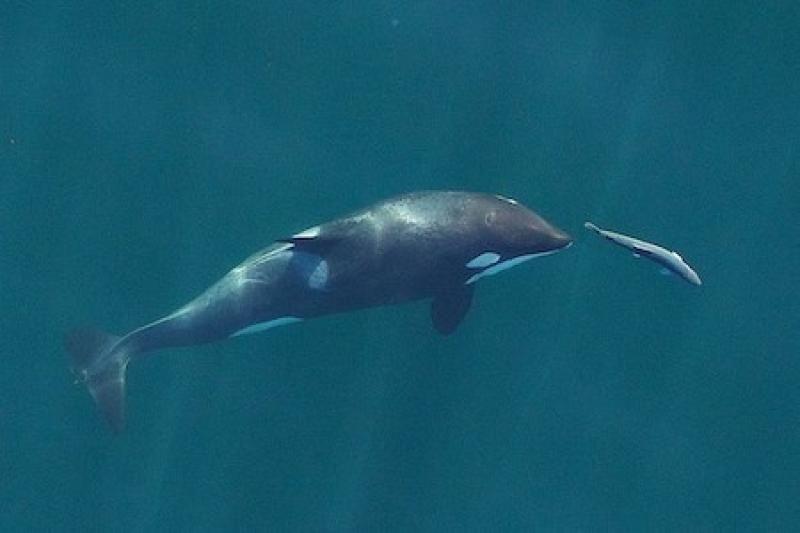 
Recovering populations of sea lions, harbor seals, and other marine mammals on the West Coast are eating more and more Chinook salmon, and their consumption may now exceed the combined harvest by commercial and recreational fisheries, a new study finds.

While the recovery of sea lions, harbor seals and many killer whales represents a conservation success, it creates complex tradeoffs for managers also charged with protecting the salmon they prey on and providing commercial and recreational fishing opportunities, the study concludes. The U.S. Marine Mammal Protection Act of 1972 protects all marine mammals, including whales, seals and sea lions, while the Endangered Species Act protects nine West Coast populations of Chinook salmon.

A collaboration of federal, state, tribal, and academic researchers from Oregon State University, NOAA Fisheries and other institutions published the findings this week in the journal Scientific Reports. Researchers designed the study in part to probe factors affecting Chinook salmon that endangered Southern Resident Killer whales rely on for prey.

In contrast to most resident killer whales that are multiplying and consuming more salmon, Southern Residents are struggling. They spend much of the year in the inland waters of Washington and consume about as much salmon today as 40 years ago, the study found. The study suggests that, at least in recent years, competition with other marine mammals may be more of a problem for Southern Residents than competition with human fisheries, and may be limiting growth of the whale population.

“Salmon are such a central part of the ecosystem that there’s a lot of demand on them, and the Southern Residents that depend on them are only one of many mouths at the table,” said Mike Ford, director of the Conservation Biology Division at NOAA Fisheries’ Northwest Fisheries Science Center and a coauthor of the new research.

The study used models to estimate marine mammal consumption of Chinook salmon based on several assumptions about their diet and the size and weight of salmon. The researchers estimate that from 1975 to 2015, the yearly biomass of Chinook salmon consumed by sea lions, seals, and killer whales increased from 6,100 to 15,200 metric tons, and from five to 31.5 million individual salmon.

Over the same time span, they found that the annual Chinook harvest by fishermen decreased from 16,400 to 9,600 metric tons, and from 3.6 million to 2.1 million individual fish. (While marine mammal consumption includes many juvenile salmon, fishermen harvest only adults.)

Salmon recovery programs up and down the West Coast have boosted numbers of wild salmon, the research found. However, increased predation by marine mammals may be offsetting reductions in recreational and commercial harvests, and “masking the success of coast-wide recovery efforts,” the scientists wrote.

Isaac Kaplan, a research fishery biologist at the Northwest Fisheries Science Center and a coauthor of the study, said the researchers quantified only one of many challenges for salmon.

“The better we understand the different obstacles to salmon recovery, the better we can account for them as we plan and carry out recovery programs,” Kaplan said. “Recovery efforts must account for all of these challenges, and we’re providing more details about one important part of that picture.”

“Consumption in the ocean is also a significant source of mortality, but has been largely unmeasured until now,” said Brandon Chasco, a NOAA Fisheries-Sea Grant Population Dynamics Fellow in the Department of Fisheries and Wildlife at Oregon State University and lead author of the study. “Now managers have more information to work with in balancing these difficult tradeoffs.”