Reddit "Ask Me Anything" with NOAA Scientist Peter Dutton 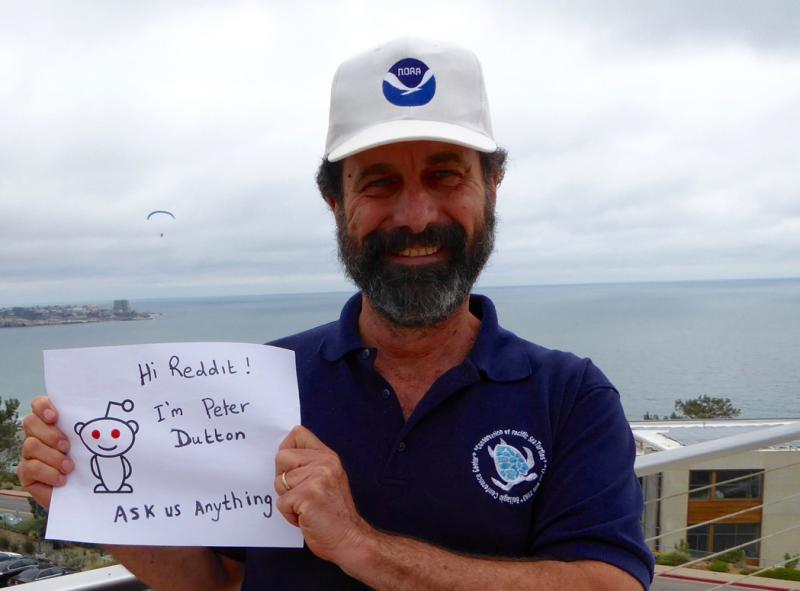 Sea Turtle DNA Detectives: Sea turtles spend the majority of their lives in the marine environment, making them difficult to study. But, each one belongs to a specific nesting population. While at their feeding areas and during migrations, sea turtles generally mix with turtles from several nesting populations. To understand which turtles belong to which nesting populations, and to properly assess threats from fishery bycatch and other anthropogenic dangers, NOAA Fisheries assesses the genetic signatures of the different breeding populations and determine each turtles’ genetic “fingerprint” to identify their origin.

Dr. Peter Dutton is the head of the NOAA Marine Turtle Genetics Program and has been involved in sea turtle conservation for over 30 years. Ask him questions about sea turtle genomics and conservation between 1:00 p.m. - 3:00 p.m. EST on Thursday, June 16th.


Ask your questions about sea turtles between 1:00 p.m. - 3:00 p.m. on June 16th. We hope to hear from you. Six of seven sea turtle species are found in U.S. waters and all are listed as either threatened or endangered under the Endangered Species Act (ESA), so genetic research is especially vital for guiding conservation efforts. By better understanding sea turtle genetics, we are able to better monitor and protect these species. Celebrate #SeaTurtleWeek with NOAA Fisheries - Ask Me Anything!

Last updated by Office of Communications on May 15, 2018