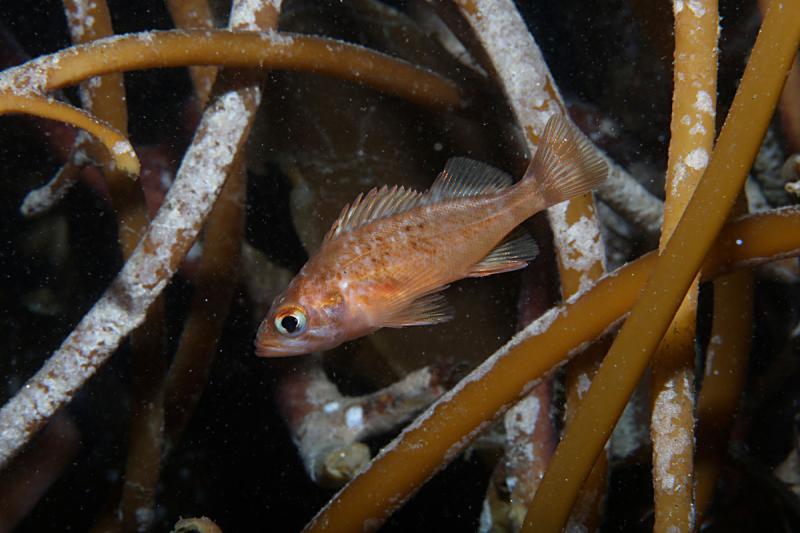 In a study published this week in the journal Molecular Ecology, scientists at the Southwest Fisheries Science Center and UC Santa Cruz provide direct evidence for one of the important hypothesized benefits of marine protected areas (MPAs). The multidisciplinary research group of ecologists and geneticists demonstrated that kelp rockfish born in MPAs around the Monterey Peninsula in central California recruit to areas outside of the MPAs, including State Conservation Areas, where some recreational fishing is allowed, and non-MPA areas where commercial and recreational harvest is allowed. Their study also found that fish born in MPAs dispersed to other nearby MPAs, demonstrating the network function of the MPA system in California. While similar results have been reported from tropical reef MPAs, this is the first study to demonstrate such connectivity in a temperate marine ecosystem.

Understanding the connectivity, through dispersal, of protected and non-protected marine areas has been one of the most important challenges in marine ecology and conservation. Tracking individual fish from birth through settlement into adult habitat is extremely difficult, due to both high mortality, and the enormous scale of marine habitat and fish populations. Further adding to the challenge is that rockfishes are part of a diverse group of closely related species that live in the same habitat and are extremely difficult to distinguish as juveniles.

The research team, led by John Carlos Garza (Southwest Fisheries Science Center) and Mark Carr (UC Santa Cruz), overcame this issue of scale through both extensive field sampling and by employing a novel method called intergenerational genetic tagging. This method identifies pedigree relationships with genetic data, and exploits the high fecundity of many marine species and the incredible power of high-throughput DNA sequencing methods by applying genetic tags in reproductive adults and recovering them in their offspring when they are sampled. The team developed a novel type of genetic marker, named a ‘microhaplotype’ that provides orders of magnitude more power for determining family relationships compared with the previous types of marker used with the now-common high-throughput DNA sequencers. Importantly, these genetic markers also easily and simultaneously distinguish different species of rockfish.

The team then genetically characterized almost 15,000 fish sampled non-lethally over four years using the novel microhaplotype markers and method. Then, in the >6,000 fish identified as kelp rockfish, the team identified eight parent-offspring pairs and 25 pairs of full-siblings. Since kelp rockfish do not disperse after settlement into their adult kelp forest homes, a fact that was further confirmed by the team, the location of their settled offspring informs us about how far and to where juvenile kelp rockfish disperse. Intriguingly, the research team also found several pairs of full siblings in the study area that were born in different years. Full siblings must share the same two parents, which means that pairs of kelp rockfish mate with the same individual in multiple years, in at least some cases. This finding hints at the possibility of pair bonding in kelp rockfish, which would upend the traditional view of their reproductive behavior.