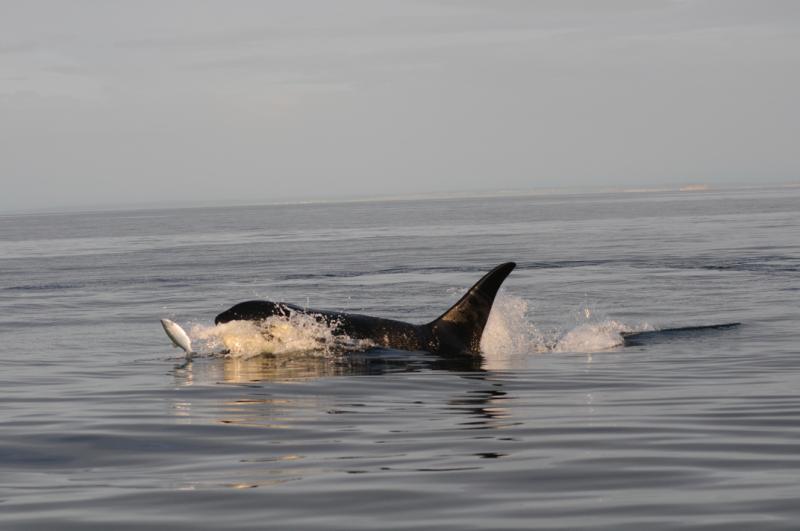 A team of scientists from NOAA Fisheries, Oregon State University, the University of California Santa Barbara and Imperial College London used models and case studies to examine the pace of species and ecosystem recovery efforts. They found that pursuing the recovery of one species at a time is slower and less desirable -- ecologically and economically -- than working to recover predators and prey at the same time.

The research results were published today in the journal Nature Ecology and Evolution.

“It’s a matter of looking at an ecosystem as a whole, rather than in parts where you focus on one species and then the next,” said Jameal Samhouri, a research fish biologist at NOAA Fisheries’ Northwest Fisheries Science Center in Seattle and lead author of the new study. “Our model predicted that recovering predators and prey in concert was the fastest and most efficient way of accomplishing the recovery of full communities.”

The findings underscore the advantages of coordinating management and recovery actions on an ecosystem scale, accounting for interactions between species. For instance, NOAA Fisheries pursues ecosystem-based fishery management in many parts of the country by considering the interactions among species and the large-scale effects of environmental change that affect coastal communities and economies.

Policies that protect a single species through a fisheries closure or endangered species listing prioritize the recovery of one species ahead of others in what the scientists described as “prey-first” or “predator-first” recovery efforts. A database of marine fisheries showed that past recovery efforts have been about evenly divided between sequential recoveries that put predator or prey first, and synchronous recoveries that the research found are faster and more efficient.

That suggests that there is room for improvement in many restoration efforts by coordinating the recovery of predator and prey species. The research evaluates a variety of policy options that provide for both synchronous and sequential strategies.

Predator-first strategies are particularly slow, the research found, because they can increase predator numbers without doing the same for prey species that the predators depend on. This approach can create a “double jeopardy” situation for the prey. The analysis examined real-world examples such as the recovery of Pacific cod along the west coast of Vancouver Island, Canada, which came slowly in advance of recovery of cod’s preferred prey: Pacific herring.

“The order and timing of how you approach recovery does matter,” Samhouri said. The scientists concluded that improving the efficiency of ecosystem recovery efforts by better coordinating the restoration of individual species has potential “to play a critical role in shaping twenty-first century solutions to environmental issues.”