Searching for the Giant Manta Ray

Researchers will follow a tagged manta ray to learn more about the threatened species. 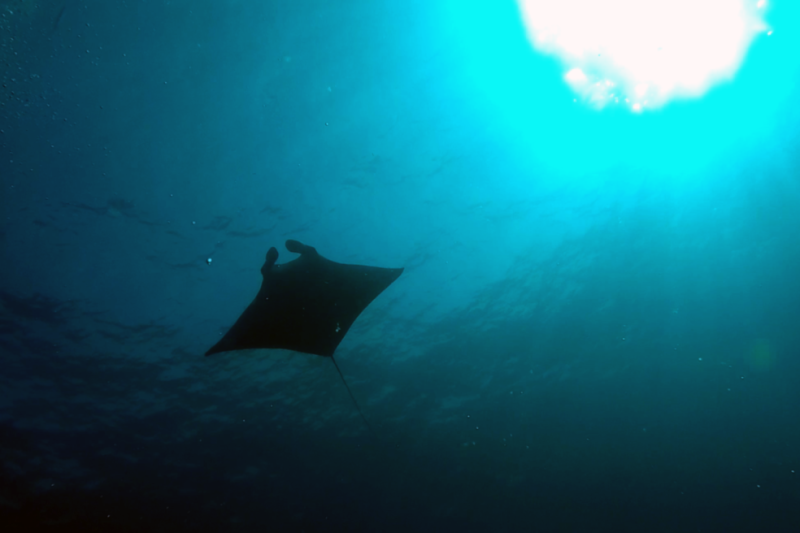 A team of scientists recently completed a 3-day research cruise in the Flower Garden Banks National Marine Sanctuary in the Gulf of Mexico. The team conducted more than 20 dives throughout the sanctuary in an effort to find and tag giant manta rays.

The scientists used drones to help locate animals. They successfully attached a Wildlife Computers MiniPAT satellite tag to a juvenile female measuring 6.5 feet wide from wing tip to wing tip. The tag is programmed to stay on for six months and was carefully attached by a trained researcher so as to be minimally invasive. 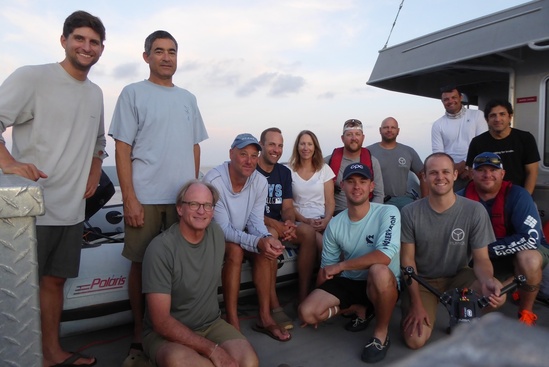 Giant manta rays are listed as threatened under the Endangered Species Act. While they are not targeted by by U.S. fisheries, they are subject to other threats including entanglement in fishing gear, bycatch, marine debris/pollution, and ship strike. Scientists and fishery managers hope that by tagging mantas and watching their movements we can learn more about how to protect them and recover the species.

If you see a manta while out in the water, we ask for your help. Please email us at: manta.ray@noaa.gov. Photos are very helpful and can be used to identify individual manta rays. Also, tell us where you saw the manta, how big it was and what condition it was in. This information will help us learn more about giant manta ray movement patterns and habitat use, and can inform recovery efforts for this threatened species.