Searching for the Monk Seal in the Middle 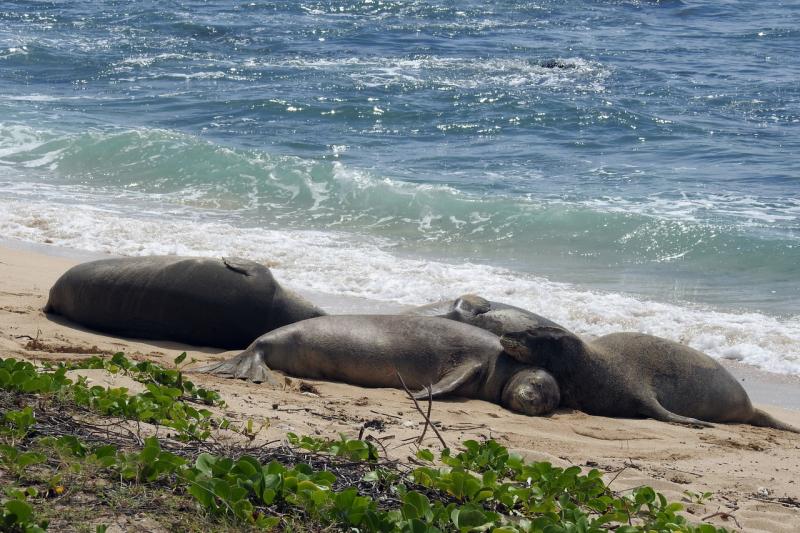 Although Hawaiian monk seals can seem solitary, sometimes they come into close contact with each other, like these four males lounging together on an Oahu beach.

Disease outbreaks can have severe impacts on endangered species, such as the Hawaiian monk seal. One potentially dangerous disease for Hawaiian monk seals is morbillivirus, a virus in the measles family. Morbillivirus has been found in the Pacific Islands region, but it has not yet been detected in Hawaiian monk seals. To be proactive, NOAA developed a vaccination program to protect this important member of Hawaii’s ecosystem. Wildlife management actions such as vaccination can be resource intensive, so we used sophisticated models to depict the network of monk seal interactions. Network models show each individual in the system as well as any connections among them. These models allowed us to prioritize vaccinations for animals most likely to spread disease to others. We also used the models to simulate morbillivirus outbreaks and evaluate success of the vaccination project. 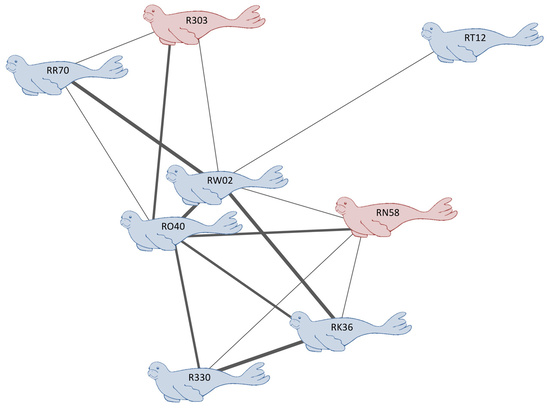 This example network shows the connections among seals observed at Ka‘ena Point on Oahu during the summer of 2015. Seals are color-coded; blue for males, pink for females. They are labeled with their NOAA identification numbers. The lines indicate that two seals interacted at some point during the summer (not all on the same day). Thinner lines mean fewer interactions, thicker lines mean those animals interacted more frequently.

In the real world, monk seals can move frequently between different locations, making it difficult to adhere to the vaccination strategy suggested by the model. This means that we had to vaccinate more animals to achieve the desired level of population protection; however, we gained protection more quickly by vaccinating available animals rather than waiting to encounter the priority seals. Our research demonstrates the value of network models, but also makes trade-offs clear. If limited vaccines are available, it would be important to vaccinate priority animals (those most likely to spread disease) first. However, if time is the limiting factor (working quickly to protect a population before they encounter disease) it may be worth some extra doses of vaccine to protect animals as quickly as possible. 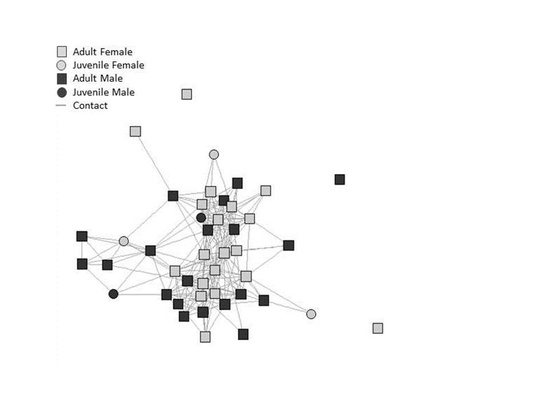 The network above formed the basis of our models.  Each symbol represents a seal seen on Oahu during 2015 (based on observations from NOAA researchers as well as thousands of reports from volunteers and the public - thanks!).  Lines connect any seals that were observed together on the same beach on the same day.  Each of these connections also represents a chance that two animals could spread disease to one another.  Animals with the most connections have the potential to spread disease the farthest.  Thus, we prioritized the most connected seals (those in the center of the network with many lines) to get vaccinated first.

An aerial image of the reticulated coral reefs referred to as the “maze” at Manawai (Pearl and Hermes Atoll), a high-density debris accumulation hotspot. Credit: NOAA Fisheries/Steven Gnam.
More News