Seeing the Sea Unseen: Where Science and Art Intersect 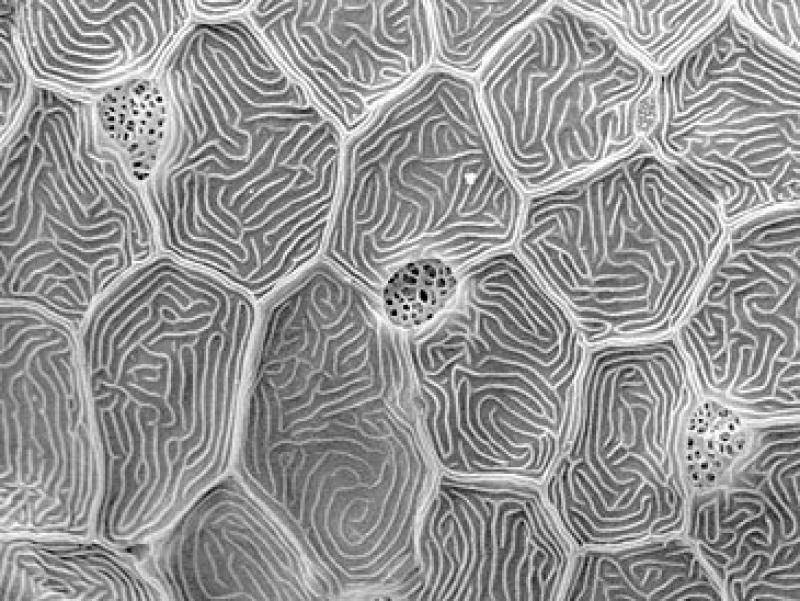 For the past three decades, Carla Stehr and other scientists operated the NWFSC’s Scanning Electron Microscope to photograph tiny creatures from Puget Sound, Washington and the waters off the Pacific Coast from Alaska to California. Although a small number of these images were published in books and journals, hundreds more were simply stored in a filing cabinet…until now.

The NWFSC worked with Carla, now retired, to bring the best SEM images to light with the publication of a new book and launch of a related website. This special collection, called “Sea Unseen”, features highly-magnified, awe-inspiring images of fish scales and sensory cells, diatoms and dinoflagellates, marine worms and octopus suckers, among other intricate structures and sea creatures that cannot be seen by the naked eye.

The SEM is a powerful technology that uses electrons to provide information about the surface structure of a sample, and can magnify images up to 300,000 times, much higher than can be achieved through a conventional light microscope. SEM images are also unique in their remarkable three-dimensional appearance and ability to show surface features of organisms or individual cells, which are easy for people to appreciate without specialized training. Many images are as stunning as they are informative, opening up an aquatic world that most people, other than scientists, don’t have the opportunity to see.

Carla’s images have helped the NWFSC advance scientific knowledge of fish development, identify harmful algal blooms off the West Coast, and study the effects of contaminants on marine organisms. For example, SEM images of salmon olfactory cells helped scientists understand of how pollutants such as copper and other metals can disrupt a salmon’s ability to avoid predators, find food, or smell their way back to their natal streams. With the aid of SEM and other advanced tools, scientists are also able to identify toxic phytoplankton and ultimately give managers early warnings of harmful blooms to better protect shellfisheries and human health. Occasionally, the SEM captured a unique moment in the life cycle of an organism, such as a surf smelt just beginning to hatch or the instant a salmon egg was fertilized.