The Pacific Islands region established a new partnership with The Nature Conservancy and scientists visited important nesting beaches in the Solomon Islands. 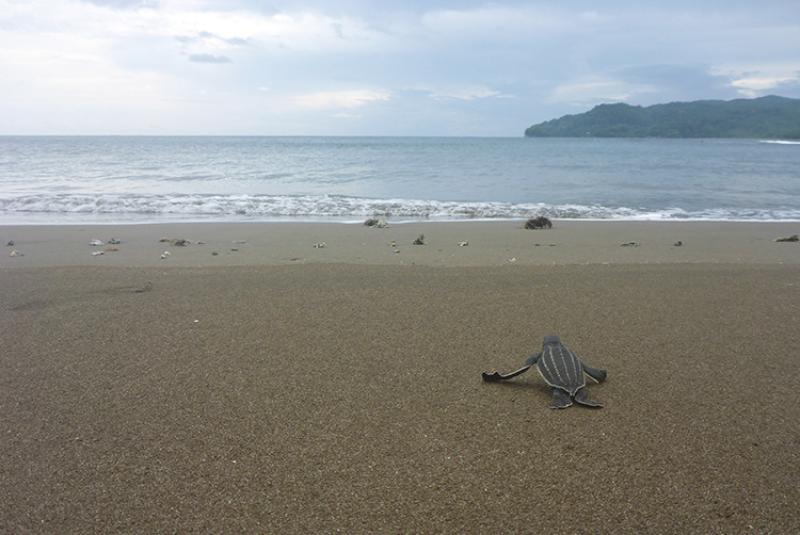 Did you know that leatherback sea turtles around Hawaiʻi and the U.S. Pacific Coast are actually born in the western Pacific Ocean? It’s true—they travel thousands of miles from the beaches where they hatched. The females journey all the way back to lay their own eggs as adults. Isabel Island in the Solomon Islands has some of the most important nesting beaches. Our new partnership with The Nature Conservancy and other organizations is working to recover this endangered population. 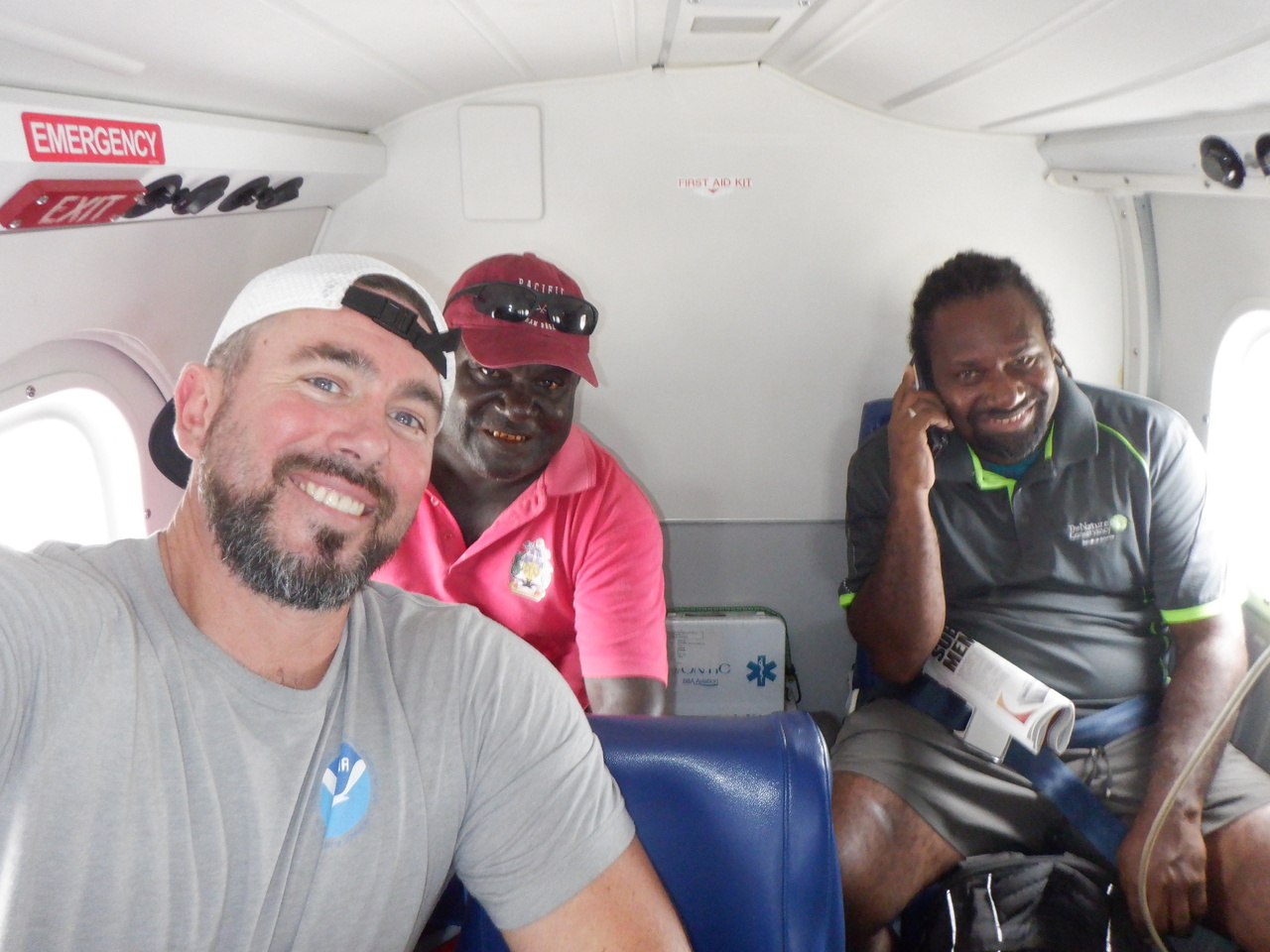 Unfortunately, the number of leatherback turtles has greatly declined. A research and conservation team traveled to the village of Buala in the Solomon Islands to help build capacity to recover the species in this nesting habitat.

Dr. Alexander Gaos is a marine turtle research ecologist with the Pacific Islands Fisheries Science Center. He met John Pita and Simon Vuto of The Nature Conservancy in the Solomon Islands last month. Their mission was to provide specialty training to rangers in the town of Buala and at the leatherback nesting beach of Haevo. Both are located on Isabel Island.

Alexander observed the conservation realities and needs in the region. Then, he helped John, Simon, and the local rangers address them. They developed standardized field monitoring data sheets for the leatherback sea turtle monitoring sites on Isabel Island, and created a master database to store leatherback nesting data. They also discussed leatherback conservation and monitoring issues with the Provincial Premiere, who is the head of the Isabel provincial government. 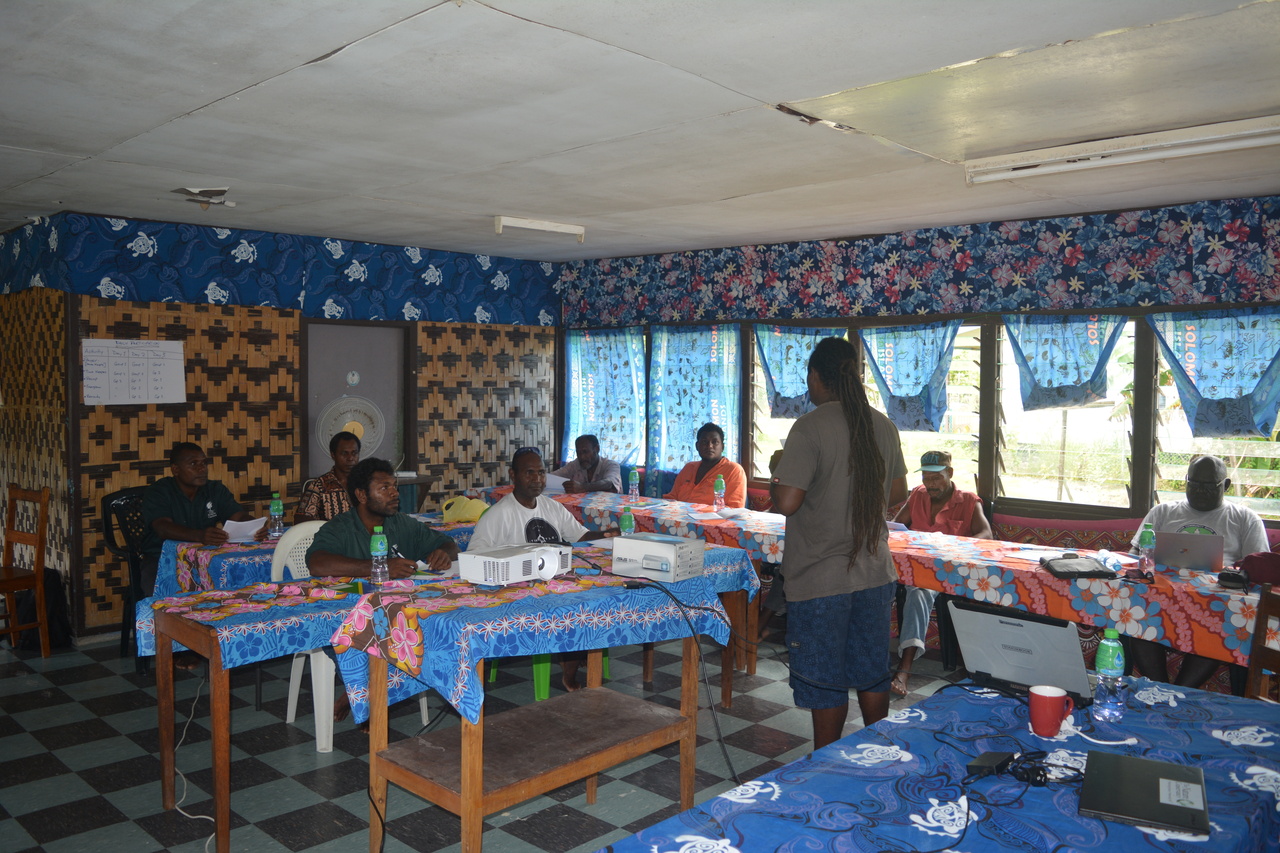 Simon Vuto giving a presentation during the ranger training workshop in Buala.

The team then traveled to Haevo, where they provided field staff with hands-on field training. During their very first night of monitoring, they encountered a nesting leatherback. There, they observed and discussed traditional monitoring practices with the rangers. They applied PIT tags, collected skin samples, and recorded the location of the newly laid nest. 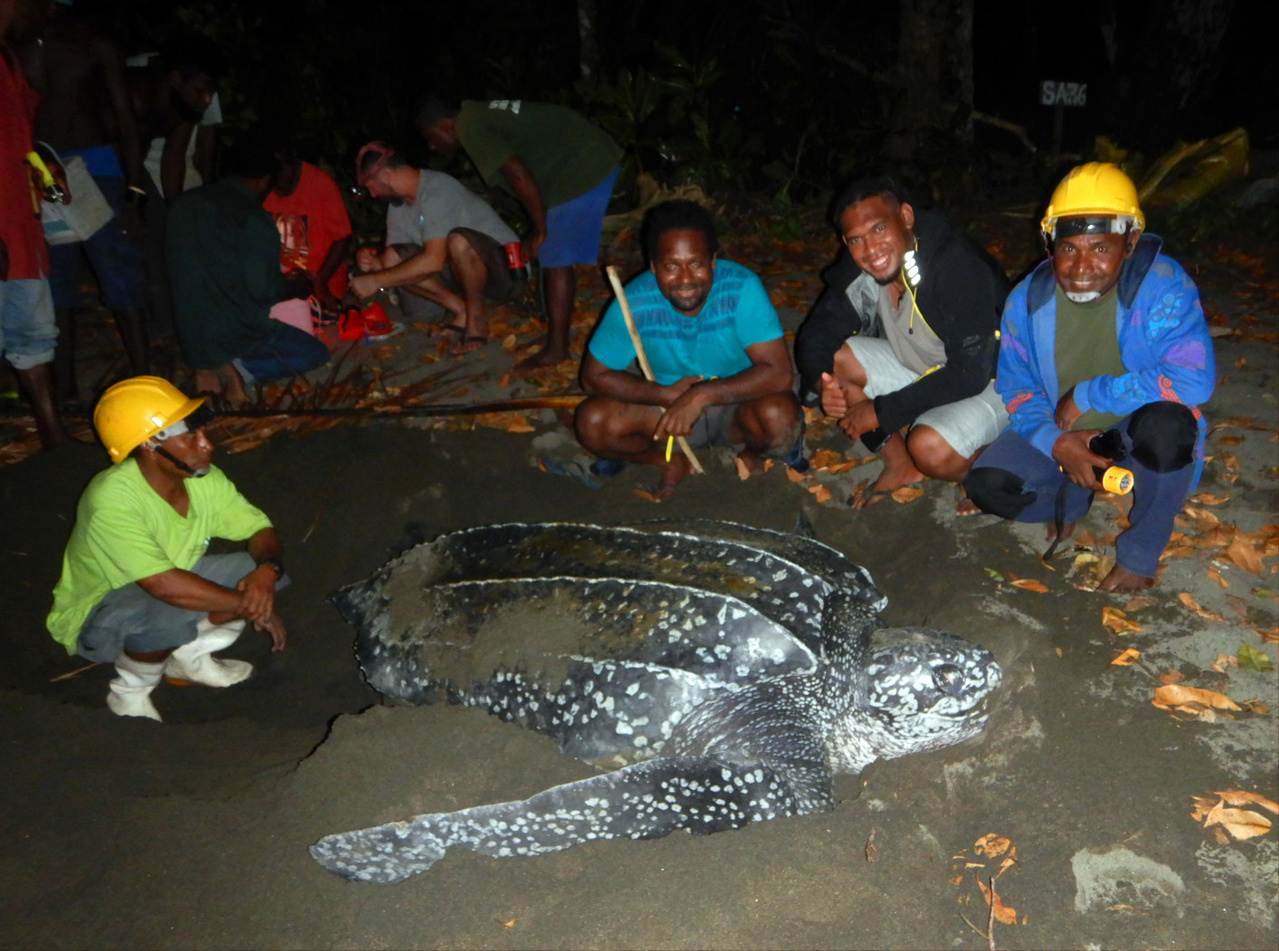 The field team working to process a leatherback that emerged and laid a nest at Haevo Beach.

The team also found a recently-hatched nest, which had been incubating for about 60 days. They conducted a post-hatching nest excavation, revealing a total of 70 eggs and 42 hatchlings. Excavations like this one are also a rare opportunity to save a turtle’s life. Nine of the hatchlings were trapped at the bottom of the nest, but the team rescued and released them to the shore. 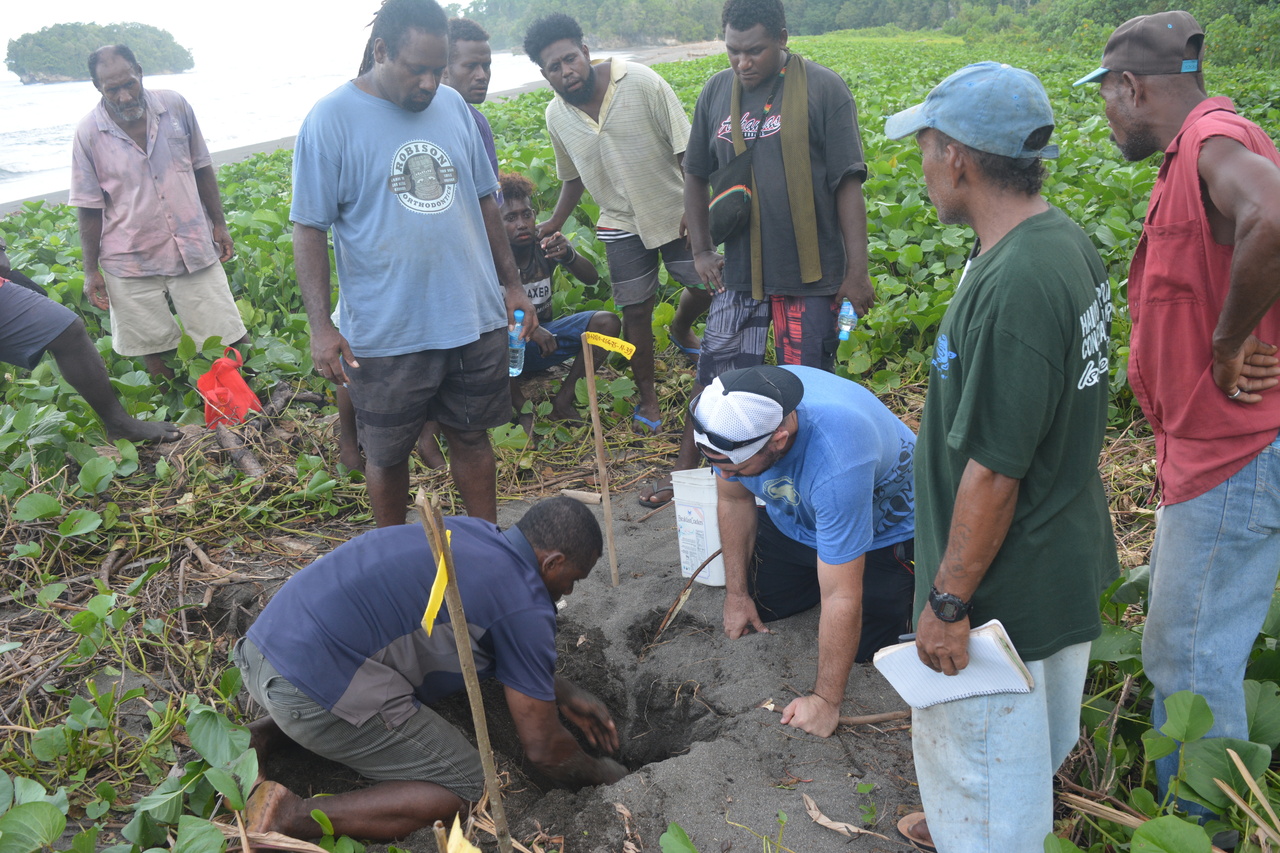 On the return from the nest excavation, the group conducted a predator survey. They encountered a nest that had been recently eaten by a monitor lizard. They found several broken eggs strewn about the mouth of the nest, so the team cleaned the area and refilled the hole made by the predator. Recording information on threats to nests and hatchlings will help guide future conservation actions. Rangers now place mesh wiring over nests to protect them from predators.

During the final day at Haevo, the local project staff practiced different roles for the different monitoring activities. During these exercises, teams of two to three were required to accurately collect data under various scenarios. These situations included female turtles that did or did not successfully nest, and nest excavations that had different levels of hatching success. 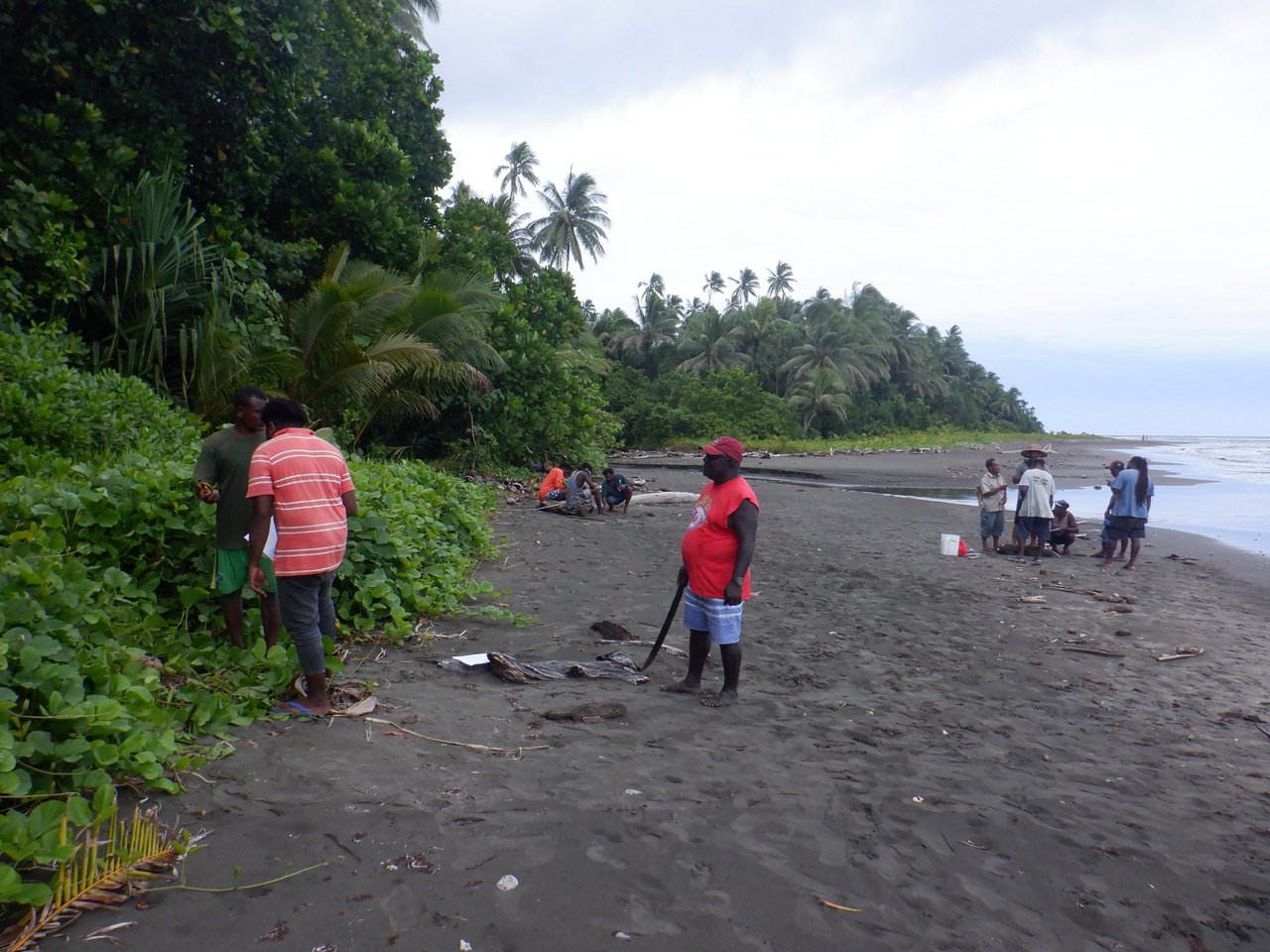 Sasakolo and Litogahira are the two most important leatherback nesting beaches in the Solomon Islands, but rangers are not currently monitoring them. The Nature Conservancy is working with local stakeholders to formalize the process under a memorandum of understanding. This will unite leatherback monitoring programs under one “Isabel Province Leatherback Program.” The group hopes these efforts can help establish a unified and strong identity for leatherback research and conservation activities in the region. 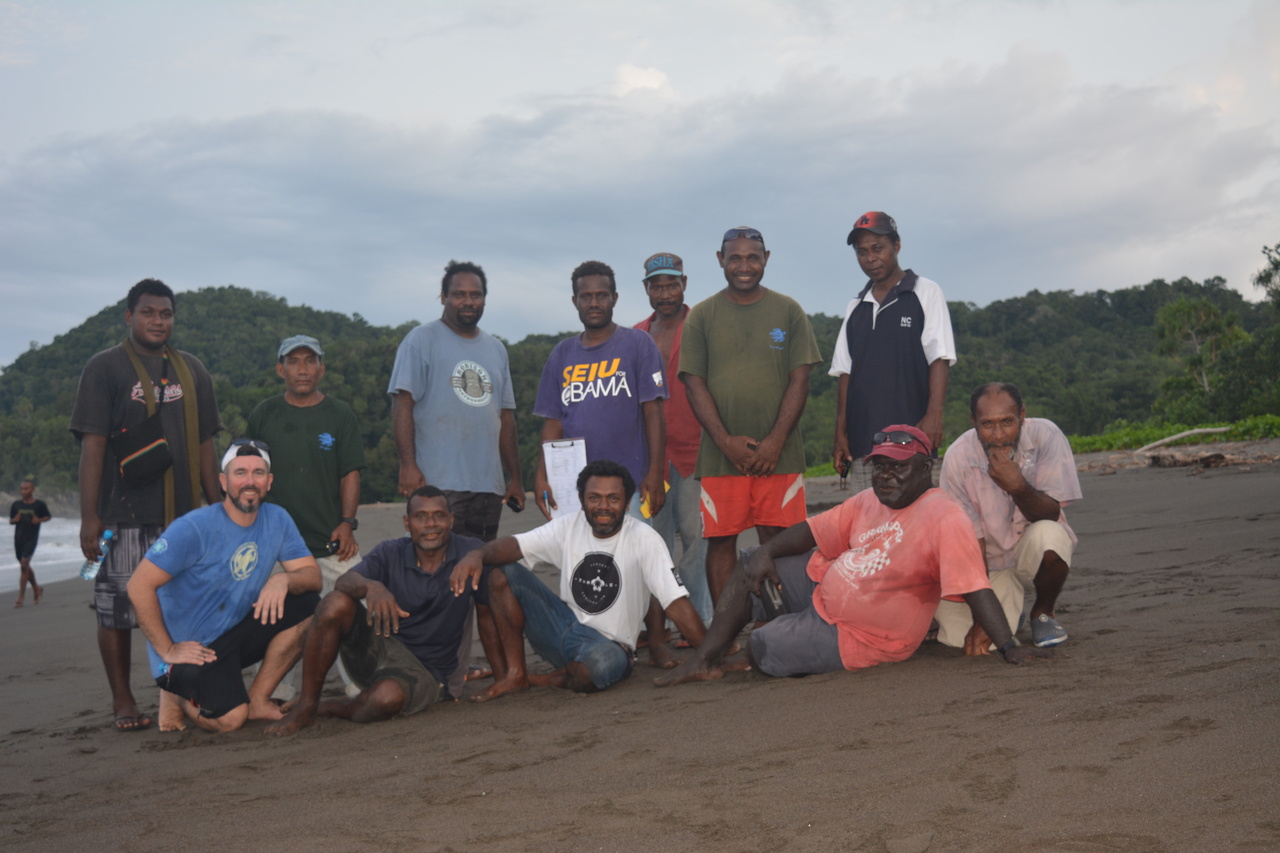 NOAA is working with The Nature Conservancy, the Isabel provincial government, and local tribal leaders. Under this new partnership, the future is bright for leatherbacks in the Solomon Islands and the western Pacific.