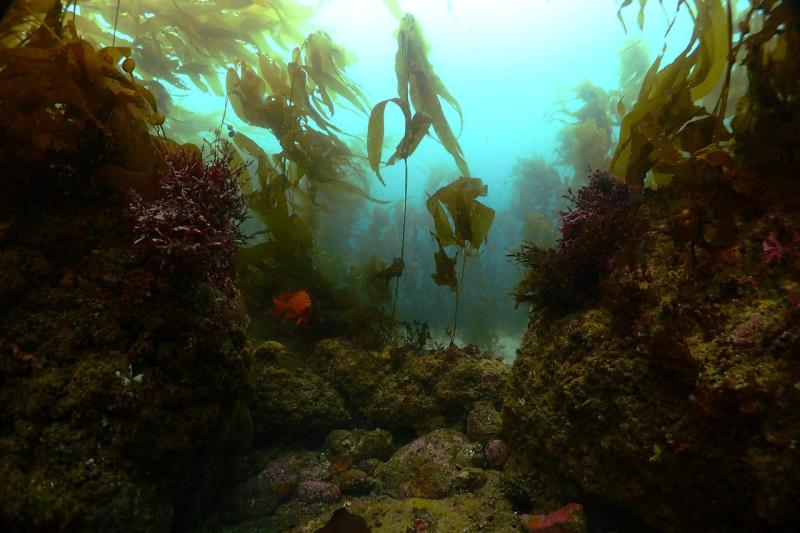 NOAA invests in the environment—and communities. We provide scientific expertise, and funding from pollution settlements, to partners restoring habitat impacted by oil spills and hazardous waste releases. In California, we are partnering with the National Fish and Wildlife Foundation and local community organizations in areas where pollution has created extensive impacts to natural resources.

These projects are restoring habitat impacted by the M/V Cosco Busan and S.S. Luckenbach oil spills and the Montrose hazardous waste site.

We’re able to accomplish more on-the-ground restoration through partnerships like these. We recognize the benefits of collaborating and leverage our technical capabilities and resources. This enables us to be more effective and reach bigger solutions together.

Settlement funds from the 2007 Cosco Busan oil spill support restoration projects in San Francisco Bay, the largest estuary on the West Coast. The spill oiled more than 3,300 acres of shoreline habitat and killed nearly 30 percent of Pacific herring eggs in the Bay. 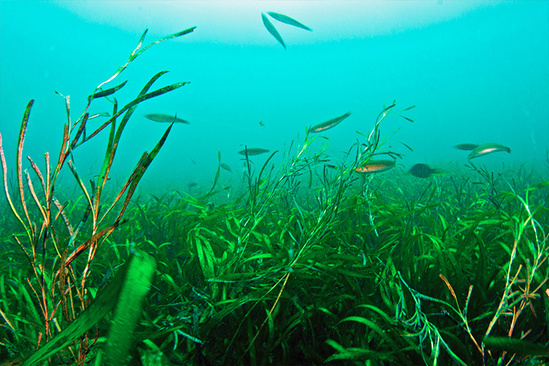 To date, $23 million has been approved for more than 60 projects designed to enhance and restore habitats and recreational uses. Some of the more impressive projects include those designed to improve subtidal habitats.

Partners on this project include: 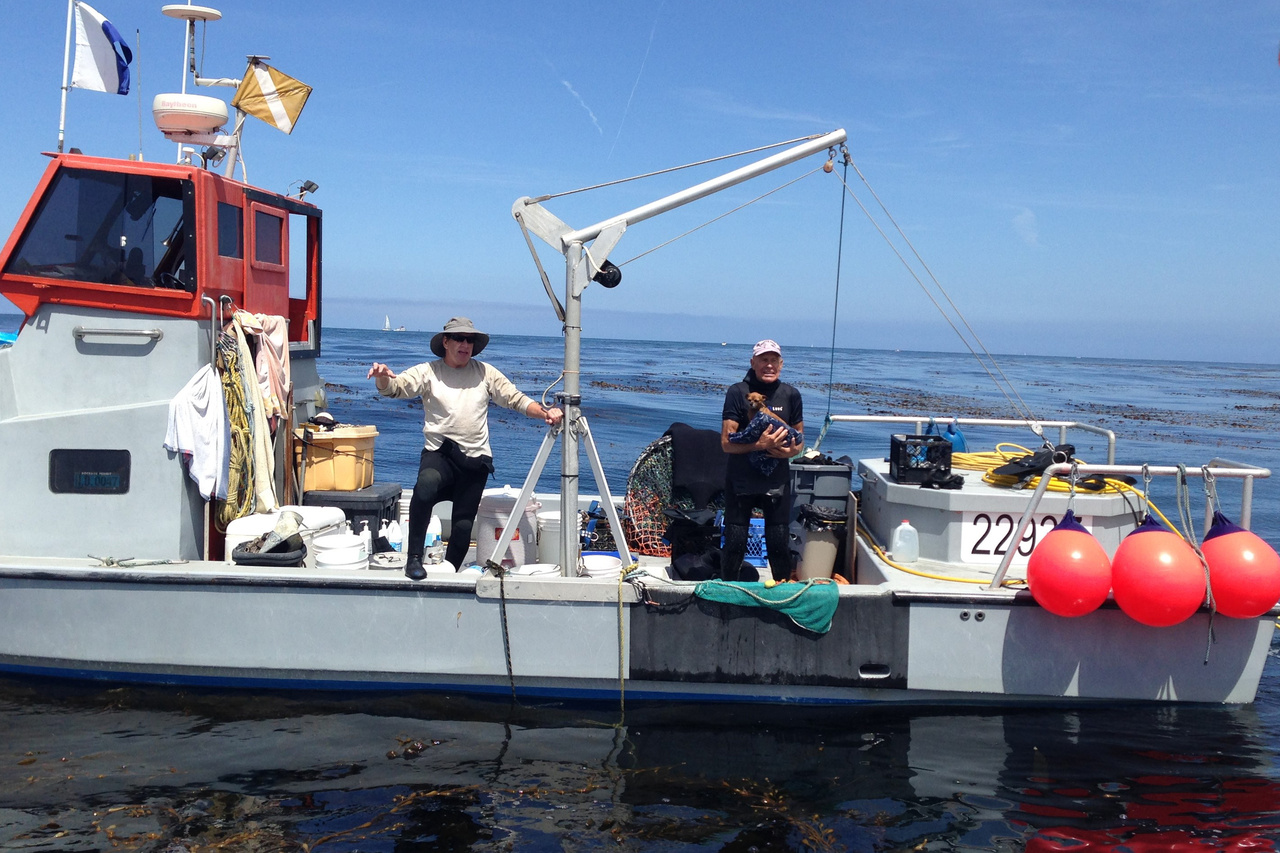 Commercial fishermen Terry Herzik, Gary Thompson, (and Gary's Chihuahua, Lucy) are part of a partnership to harvest sea urchins so kelp can make a comeback.

From the 1940s to 1970s, the Montrose Chemical manufacturing plant discharged hazardous chemicals like DDT and PCB into the waters off Southern California. The chemicals are still found along the Palos Verdes ocean shelf. They impacted fish and fish habitat, bald eagles, falcons and seabirds.

NOAA, other agencies, and partners at The Bay Foundation, are restoring the impacted kelp forest habitat. Kelp is important for fish, invertebrates, and marine mammals. Kelp forest habitat has made a slow but steady recovery in southern California. However, there are still areas where its recovery is limited by the formation of urchin barrens. Urchin barrens are areas of the shallow part of the ocean where the population growth of sea urchins, which devour kelp, has gone unchecked. 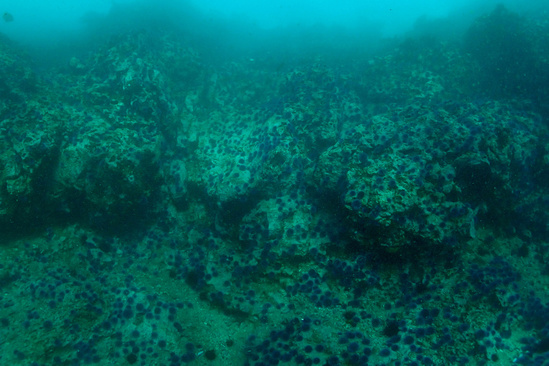 An unhealthy California sea urchin "barren" where kelp can't grow to support fish, plants and other species like healthy habitat can.

To speed recovery of kelp habitat, the Foundation leads a partnership of researchers, commercial fishermen, and conservationists. The group removes the overly abundant purple sea urchins to help kelp grow. Key to this collaboration are the five commercial urchin fishermen. They have committed more than 8,000 hours underwater restoring kelp by harvesting 4.2 million urchins.

These efforts are changing a desolate underwater landscape into a diverse and resilient ecosystem. This successful collaboration has resulted in 55 acres of restored kelp forest habitat so far, and increases in the fish and wildlife depending on it.

Southern California’s Montrose chemical plant, and the S.S Jacob Luckenbach oil spill in the Bay Area, both impacted birds. The hazardous chemicals got into the food web and eventually made bird egg shells too thin for young birds to survive. The oil from the spill killed more than 50,000 birds.

In response, the agencies restoring habitat impacted by these two disasters joined forces. They developed a comprehensive seabird restoration program in Baja California in Mexico.

This successful international partnership completed a $4 million multi-year program on the Pacific Islands of Baja California.

This innovative restoration project attracted migrating seabirds from coastal California to these islands, which have healthy space for nesting. The teams used innovative techniques to draw birds to the islands, and limited human disturbance so it’s safe for them to return. Of 27 seabird populations that had disappeared from the islands, 22 have returned within the past decade. Four new species are nesting in the region, including Blue-footed Boobies and Caspian Terns.

Partners on this project include: 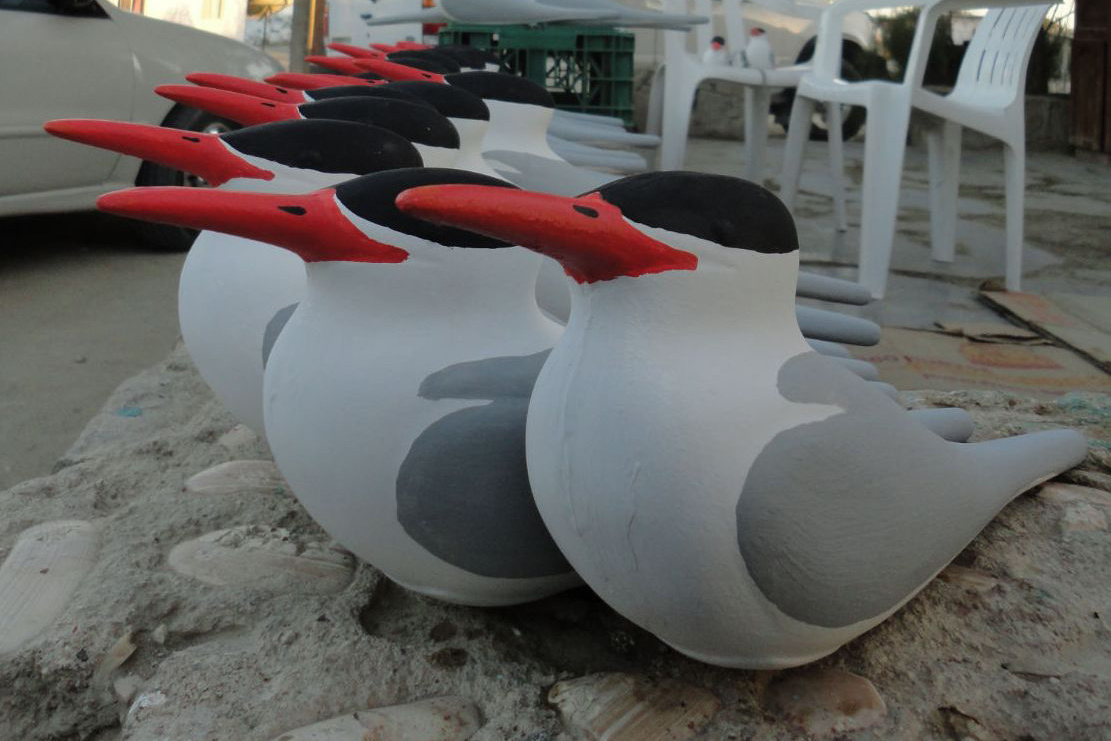 Seabird decoys are used to attract real birds to return to Baja California islands to nest.

Restoring Habitat After Oil Spills and Other Environmental Disasters

The NOAA Damage Assessment, Remediation, and Restoration Program was established after the 1989 Exxon Valdez oil spill in Alaska. Since then, we have been working to restore areas impacted by oil spills, hazardous releases and ship grounding incidents in communities across the nation.

NOAA responds to more than 150 of these incidents each year. We join teams of state, tribal, and federal agencies to respond to the incident. We assess the damaged resources, hold the polluters accountable, and eventually restore the environment. To date, NOAA and agency partners have recovered $10.4B for restoration.

Last updated by Office of Habitat Conservation on April 21, 2022