The Swinomish Shellfish Company is an oyster grower located on Fidalgo Island in Skagit County, Washington. 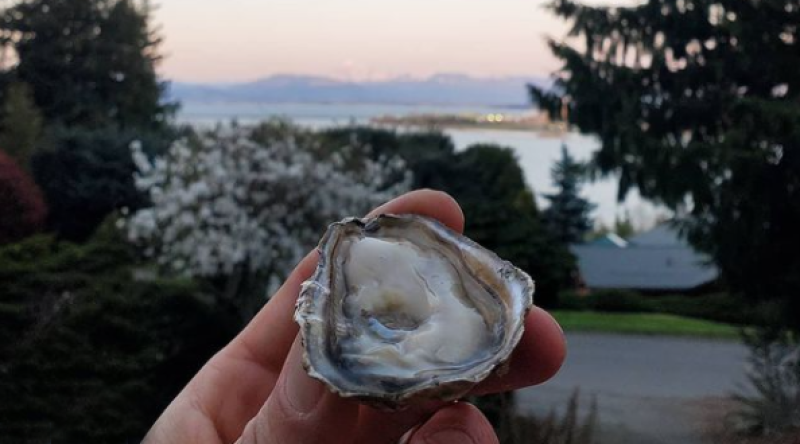 The Swinomish people have harvested oysters in the Skagit Bay for thousands of years. Credit: Swinomish Shellfish Company.

On Fidalgo Island in Washington’s Skagit Bay, the Swinomish Shellfish Company specializes in growing native Olympia Oysters, the original species of oyster to inhabit the region. Nearly fished to extinction during the Gold Rush, the shellfish are now thriving thanks to the farm's restoration work. Olympia Oysters are popular on restaurant menus across North America, including at the tribe-owned and operated Swinomish Casino and Lodge.

The Swinomish tribe are the descendants of multiple Skagit Valley and Puget Sound area tribes, including the Swinomish, Kikiallus, Samish, Lummi, and Lower Skagit. These tribes, known as the Salish people, harvested shellfish in the area for thousands of years prior to non-native settlement. Oysters are a traditional resource of the Skagit Bay area, and the company aligns with the tribal community’s focus on growing and harvesting “first foods,” or traditional food sources.

As Stuart Thomas, Aquaculture Specialist and Director of the shellfish company explains, “The oysters are a way to sustain the traditional tribal way of living, while connecting dedicated seafood eaters with a popular, delicious, and healthy food.”

The tribe integrates new research and aquaculture technology with traditional tribal knowledge to run the farm. It is located where the cool, mineral-rich cascade waters of the Skagit River meet salt water from the Strait of Juan de Fuca. Adds Thomas, “It is evident that the tribes always knew this was the perfect area to harvest shellfish; oyster harvests were happening at the farm’s location millennia ago.”

According to Thomas, the farm pursues projects that reflect how shellfish, food security, sustainability, and restoration go hand in hand.

For example, the farm is currently partnering with other local tribes and Skagit River System Cooperative ecologists. They are working to restore a local pocket estuary and reopen a natural waterway that had been blocked off by development. Pocket estuaries (little inlets that fill and drain with the tide in natural riparian areas) are a valuable habitat for juvenile salmon. When they are tucked away in estuaries, salmon are not exposed to the threats of open water.

The Swinomish Shellfish Company is also working to restore clam populations, by building a clam garden next to the oyster farm. Four millennia ago, tribespeople hand built walls out of rock to enclose areas that were best suited for harvesting different species of seafood. Now, the farm helps to cultivate these sites by bringing in shells, seaweed, and large rocks that attract larvae of various shellfish species, mostly clams. “Past generations of tribespeople engineered the environment long before we did. We can now maintain and access what is basically a live food pantry,” added Thomas.

In local native communities, the Swinomish Shellfish Company works to ensure the availability of fresh shellfish. Although focused on commercial retail and wholesale operation, the company also distributes free seafood at area markets, clam bakes, and other community events. Those efforts have intensified to support those who are struggling as a result of COVID-19 impacts.

“Cultivating a healthy land and sea is the key to our good shellfish growing conditions here. The health of the bay contributes to the marine productivity that makes fat and healthy shellfish,” says Thomas.

The farm plants oyster seed a couple of times a year. They use bag-on-bottom aquaculture with grading and tumbling by hand to produce a tumbled oyster for the half-shell market. The oysters take between 12–36 months to reach harvest size. Then they are pulled to be graded, handled, and packed for market in an old cannery on Swinomish property that the farm reopened.

The recipe for Turners Stew was discovered in a shucking house when the Swinomish Shellfish Company bought property that formerly belonged to Turners Oysters. Wax pots of jarred oysters labeled in retro green and white writing showcased the recipe for oyster stew. The stew has become popular with staff and their families.

This delicious recipe for oysters is from NOAA FishWatch. 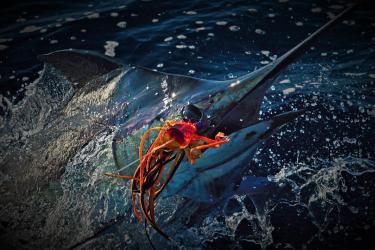 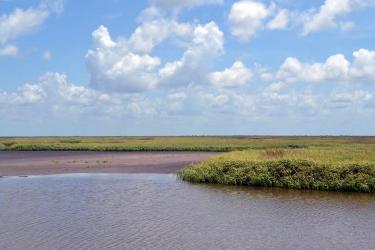