Researchers and growers placed remote, underwater cameras around shellfish aquaculture beds to document the diversity of species that use this nearshore habitat. 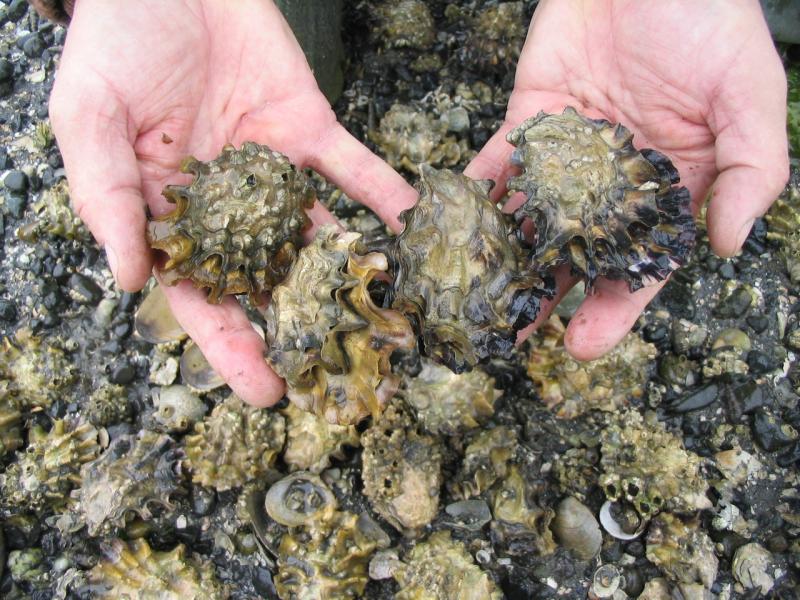 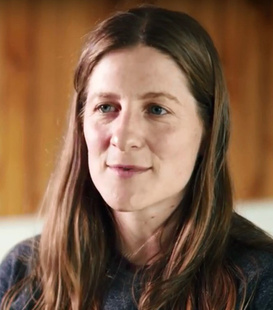 Lissa Monberg would love to learn more about what goes on in the tidal flats in Puget Sound where her family has grown oysters since the 1950s. The twice-daily tides bring species that benefit from the shellfish growing areas in different ways. What species are they, and how do they use the habitat?

"It's an area we don't really know or understand, but it's essential in terms of providing the oysters what they need to live and grow," said Monberg, who handles retail operations and marketing for Hama Hama Co., a fifth-generation family company.

The farming of oysters, clams, mussels and geoduck in the cold, nutrient-rich waters of the Pacific Northwest is a long-standing tradition and an important cultural and economic part of Washington's coastal communities. Shellfish aquaculture contributed $184 million to Washington's economy and supported more than 2,700 local jobs in 2010. At NOAA Fisheries, we're looking for ways to provide sustainable seafood while also protecting the natural ecological benefits of our nearshore habitats.

Those ephemeral habitats, and the life that inhabits them, are the focus of a new collaborative research project between NOAA Fisheries, The Nature Conservancy, Washington Sea Grant, the Jamestown S'Klallam Tribe, and local shellfish growers. Funding for the project was provided by the NOAA National Sea Grant 2017 Aquaculture Initiative. 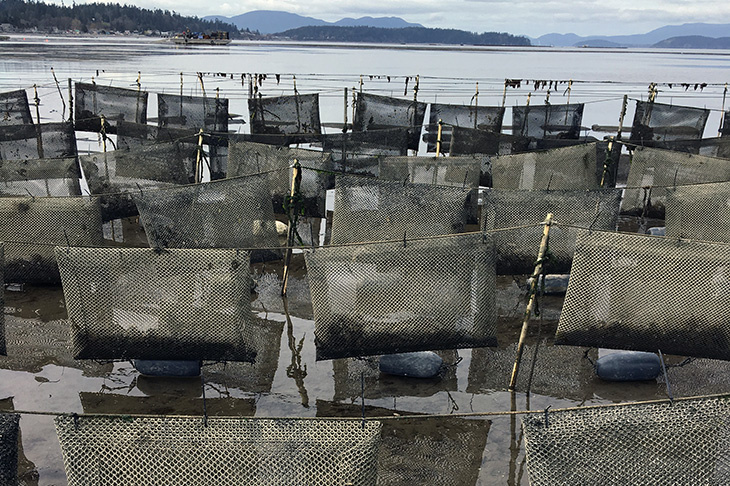 Researchers placed GoPro cameras in 10 locations across Puget Sound to record video when the tide comes in and brings many more species with it, said Beth Sanderson, a research ecologist at the Northwest Fisheries Science Center.

"The shellfish growers have this great awareness of what they see out there - juvenile salmon, birds, and many species that demonstrate the value of this habitat," Sanderson said. "So, we're asking the question, how do you quantify what shellfish growers observe on their farms every day? And how do we do this in a way that is valuable to both scientists and growers who want to understand these habitats too?"

In particular, researchers want to know how shellfish beds like those where Hama Hama and other growers raise their oysters compare with tidal habitats, such as eelgrass beds and tidal flats. Do the shellfish beds help support key species including salmon that depend on nearshore habitat to build strength before heading into the ocean? 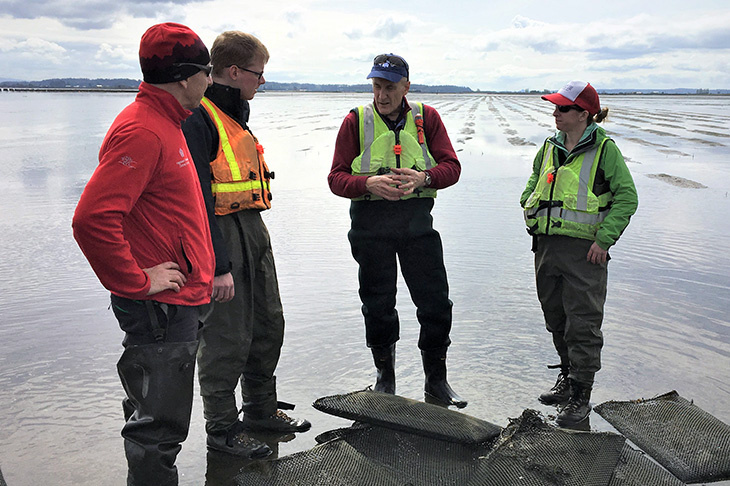 Inexpensive underwater GoPro cameras allow researchers to see the environment in new, unobtrusive ways that human observers just can't. "The cameras give us a glimpse of what is happening in this habitat, which helps us understand what role it's playing and which species are benefiting," Sanderson said.

Shellfish growers gave researchers access to their farms, providing insights on where their oyster and clam gear is placed and anticipated harvest cycles. Researchers then placed the GoPro cameras in areas where they may capture images of marine life passing through. Teams set the cameras to record for two minutes and then shut off for 10 minutes, all around high tide, when visibility is best. Last year research teams collected about 600 hours of video altogether, Sanderson said. This year they expect to get more than 1,000 hours across the spring, summer and fall seasons.

"What's surprising is the diversity - flatfish, crab activity, glimpses of marine mammals, including seals, there is a lot going on underwater," Sanderson said. She said there are glimpses of numerous species of fish, including salmon.

Collaboration between researchers and growers

"Oyster beds may look lifeless on the surface, but they are far from it," said Bill Dewey of Taylor Shellfish Farms. He also raises clams on his own and in his daily visits to shellfish beds, he said it becomes clear that, "this is a vibrant place. This is not a desert, this is a thriving functional ecosystem."

He said he has seen a young octopus, baby crabs and juvenile pink salmon, all emerging from habitats largely made up of shellfish beds. The camera project has given shellfish growers a chance to participate in the science, which will help them demonstrate the ecological value of shellfish beds.

"All of that is going to be helpful in making smart decisions going forward about how we grow oysters and what we should be doing to keep them healthy," Dewey said. "At the same time, we're learning about the diversity of life they are helping to support."

Last updated by Northwest Fisheries Science Center on May 27, 2022