Update: Lt. Cmdr. Benjamin VanDine was the captain of the Northeast Fisheries Science Center's research vessel Gloria Michelle from 2019 to 2022 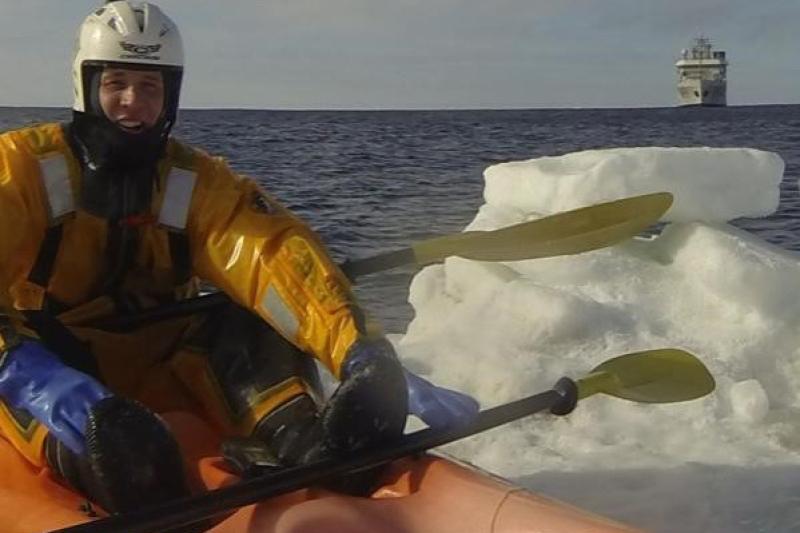 Benjamin VanDine’s route to a career in the NOAA Corps ran through his love of diving, and doing research on corals in Bonaire during a college semester abroad. In June 2022, after serving as the officer-in-charge of the Northeast Fisheries Science Center's research vessel Gloria Michelle, VanDine assumed new duties as the executive officer for the Surface and Upper Air Division in the Office of Observations at NOAA’s National Weather Service in Silver Spring, Maryland.

No Salt Water in His Veins

Working on the ocean was not on the radar early in Ben VanDine’s life. Born and raised in the small town of Eagle in southeastern Wisconsin, freshwater was his playground. He enjoyed the lakes and river systems of Wisconsin and “up North” in Canada. The only family connection to the ocean was his grandfather, who served in the U.S. Navy shortly after the Korean War.

Ben was homeschooled through high school. In 2012, he graduated from Cedarville University in Ohio with a bachelor of science in biology. 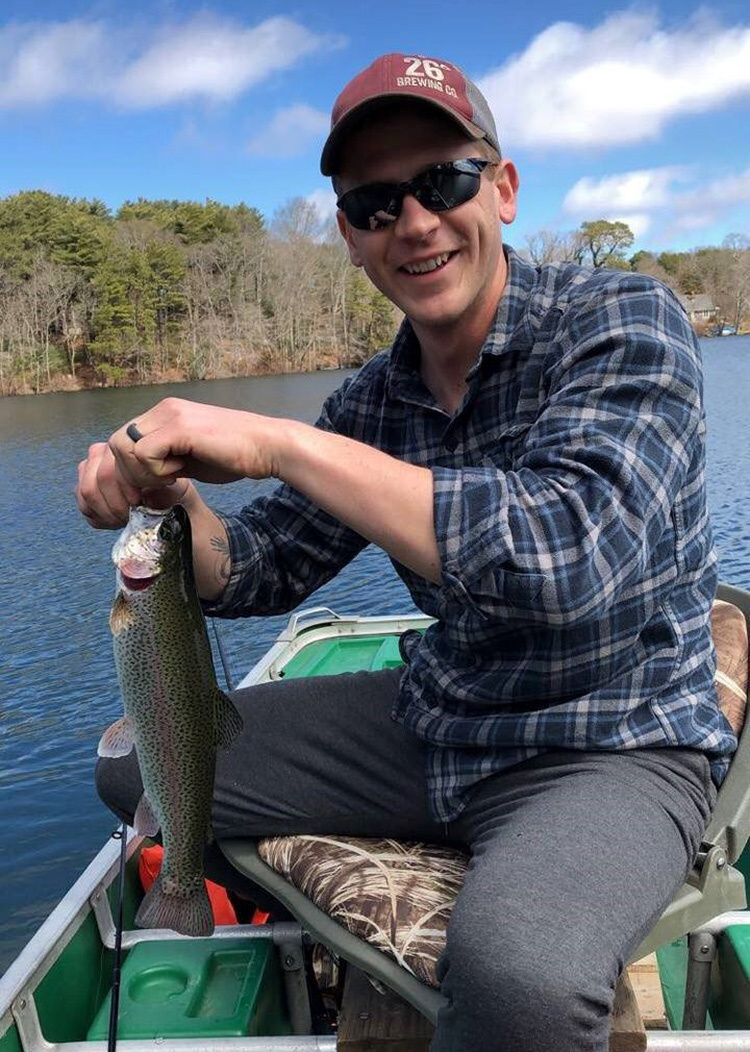 While in college VanDine tutored students in biology and organic chemistry, and served as a volunteer firefighter for the local fire department.

Then, he spent a semester on the Dutch island of Bonaire in the Caribbean. He is an American Academy of Underwater Sciences diver and a professional rescue diver. He used these skills to conduct independent ecological research and gather coral cover data for Bonaire National Marine Park. He was hooked. 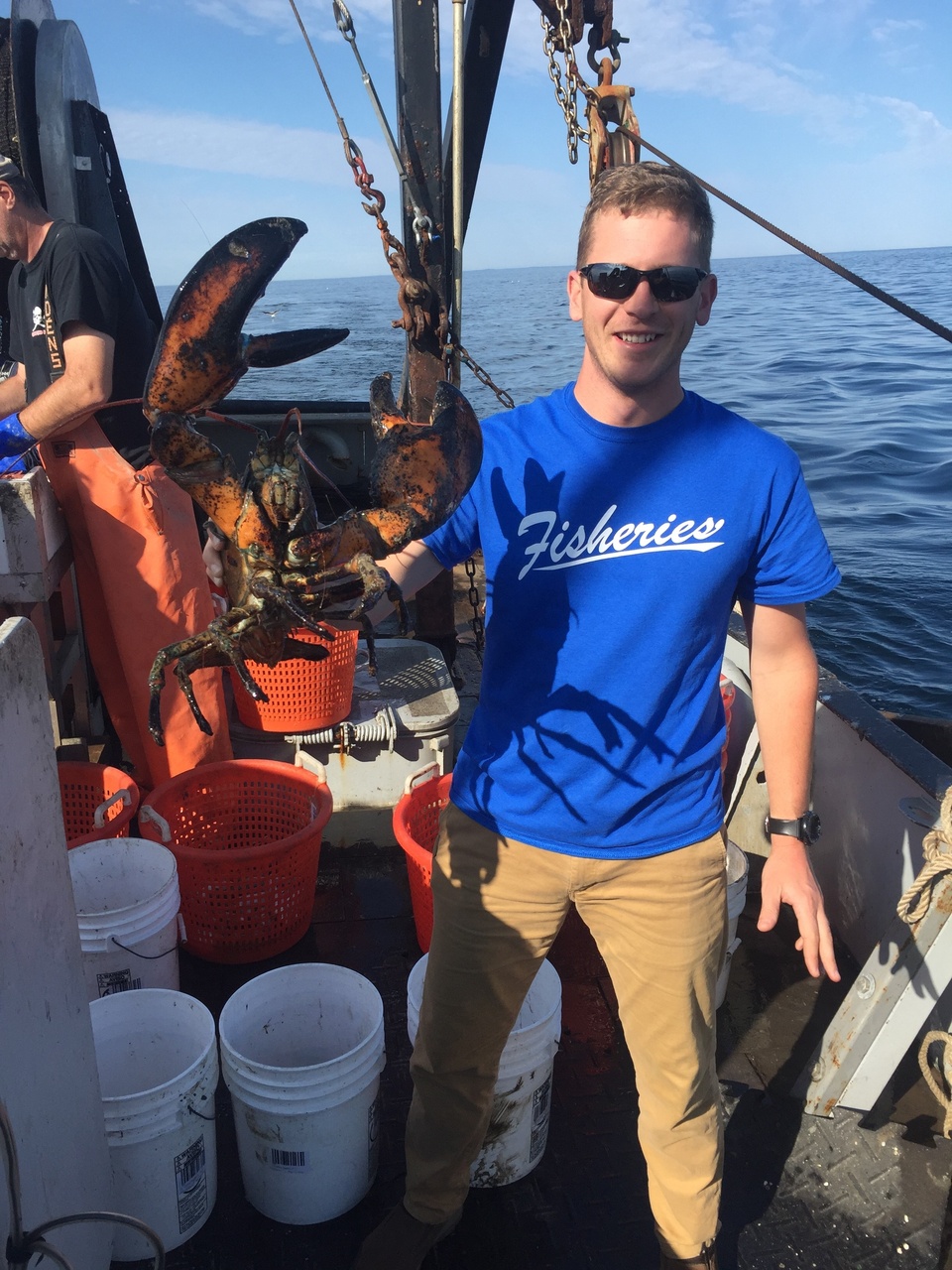 A lobster got Ben's attention during a survey cruise. Photo: Courtesy Ben VanDine

Ben’s experiences with emergency management and marine ecology soon led him to combine those interests. During his senior year in college, he discovered the NOAA Corps while looking for careers with NOAA. He applied, and was accepted into the 121st Basic Officer Training Class in January of 2013. NOAA Corps officers train at the U.S. Coast Guard Academy in New London, Connecticut alongside Coast Guard officers.

In 2015 he headed to Miami, Florida. He served for 3 years as the research vessel operations manager for the small boat fleet at the Atlantic Oceanographic and Meteorological Laboratory. While in Miami, he completed a master's degree in fisheries and aquatic sciences at the University of Florida.

VanDine headed “up North” again in May 2018, this time to Massachusetts. He reported for duty as the new junior officer-in-charge of the 72-foot research vessel Gloria Michelle, working with Lt. Christopher Gallagher.

After 18 months, VanDine relieved Gallagher as the vessel’s captain, formally called the officer-in-charge, on October 11, 2019.

What's Ahead for Ben

Van Dine commanded the Gloria Michelle for four years. That's one year longer than usual. His tour was extended to account for COVID-19 effects on vessel and cruise operations. On June 8, 2022, VanDine handed command to Lt. Junior Grade Alex Creed.

“Most students ask me what the sailing schedule is like for those of us in the Corps, and what kind of harrowing experiences I have had during my career so far,” VanDine said. “My advice for students thinking about a career in the NOAA Corps is to get time at sea, either as a volunteer or as a scientist. It is important to know what you are applying for, and logging time at sea on commercial or NOAA vessels is an excellent way to find that out.”

One of the most unexpected things he has experienced since being assigned to the Northeast Fisheries Science Center and the Gloria Michelle happened in May 2019. “While we were underway on the spring Massachusetts groundfish survey, we reported eight sightings of endangered North Atlantic right whales in Cape Cod Bay. Our reports were the basis for a right whale aerial survey the following day!”

His favorite part of the job: trawling. “I love fishing, and being able to contribute to fisheries and conservation research. I hope to continue trawling operations on my next vessel as well.” 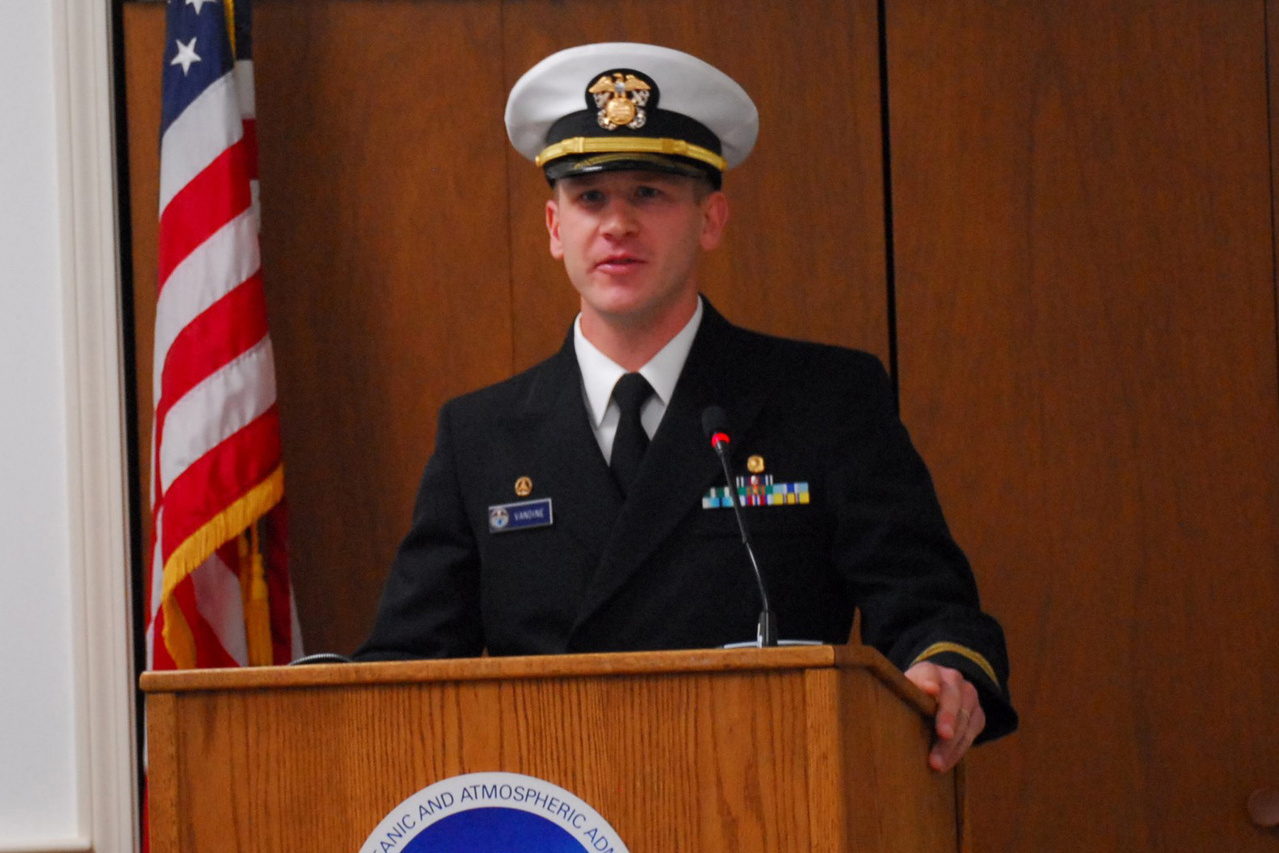