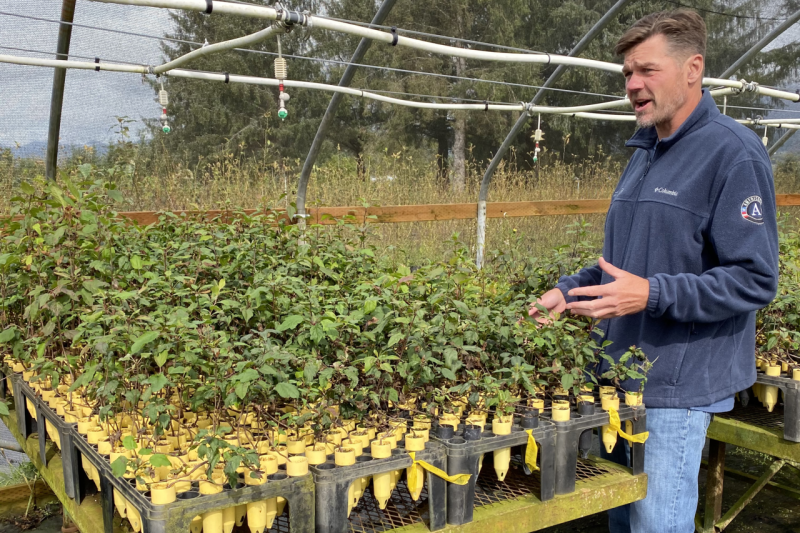 Growing up in California, Chris was always passionate about the environment. He was one of those kids who would pick up trash and recycle cans because he knew it was the right thing to do. Later, he worked in construction for a time, but wanted more direction and purpose, which led him to the United States Coast Guard. After a severe on-the-job injury, however, he was forced to retire.

After recovering from the injury, Chris completed his associate’s and bachelor’s degrees in environmental studies and geography. He thought with a degree he could walk into the science field and obtain a fulfilling career—but it was not as easy as he had imagined. Through a U.S. Department of Veterans Affairs internship, he shadowed park rangers, gained plant identification experience, and found he liked field work. Even after that experience, he applied to countless positions but couldn’t secure a job.

That’s when Chris saw an advertisement for VetsWork at the Mt. Adams Institute, which works with partners to put veterans back to work in the natural resources field. The position was an internship with the Tillamook Estuary Partnership, supported by NOAA’s Veterans Corps program. This time his application was a success! 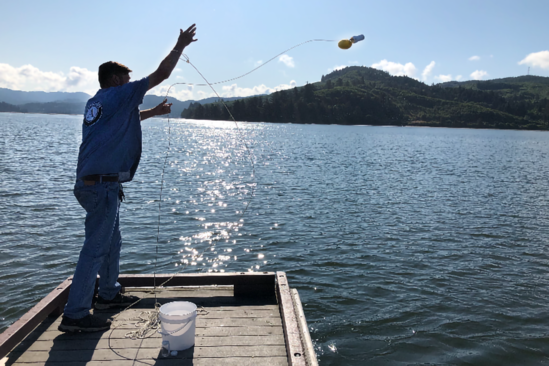 Chris tosses a sampling bottle into the water to get samples for testing.

“I was insecure coming into this field without any [substantial] experience, and this internship has opened my eyes and led me to so many opportunities,” Chris said. “It’s been a huge confidence builder meeting new people, working with so many different organizations, and seeing real studies. Just, ‘Wow, I can’t believe this is what I’m doing.’”

Field work is accompanied by time on a computer ensuring that data is accurately transmitted to the lab. Chris also works in a native plant nursery that grows 75,000 plant species used for restoration projects along the Oregon coast.

Chris added, “We went in [to the military] for a sense of purpose, because we had something inside us that makes us want to serve. We’re service-oriented people, and this work keeps me in the mindset of continuing to fight for a mission.” 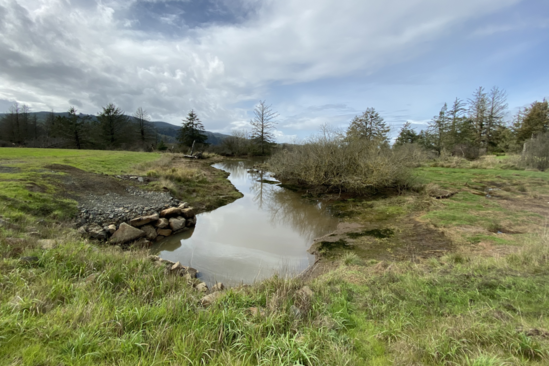 Among all of the restoration efforts, Chris’ outreach work includes working with Oregon’s Youth Authority, an organization for incarcerated children and teenagers. At first, he was apprehensive about working with at-risk kids. He quickly found his work with the kids was combined with one of the things he enjoys most—maintaining a native plant nursery.

When the seeds outgrow their starter pots, Chris hosts “planting parties” where he teaches the youth how to replant the seedlings into larger containers. When the plants are fully grown, they’re installed at restoration sites around Tillamook Bay.

Despite the hard work and sometimes unfavorable weather conditions, Chris finds instant gratification in his work, especially seeing results of the hands-on activities.

His words of wisdom to other veterans interested in participating in corps, “You have to accept the program and the trainings. You have to be willing to give of yourself, maybe even beyond what you think you’re capable of for earth and community. It’s all about volunteering; the catch is that it makes you feel really good. It’s hard, yet deeply satisfying work.”

Oregon is the third and latest location of NOAA’s successful conservation corps supporting former servicewomen and men. In Washington and California, two NOAA-supported programs have provided opportunities to gain skills and valuable job experience while helping endangered and threatened fish. These programs are strengthening the connection between veterans and the natural world through education, service learning, career development, and research.

Last updated by Office of Habitat Conservation on May 07, 2020

Celebrating Women on the Water