Veterans Get Foothold in Marine Science Through NWFSC Internship

Two veterans gain research experience during internships with the NWFSC. 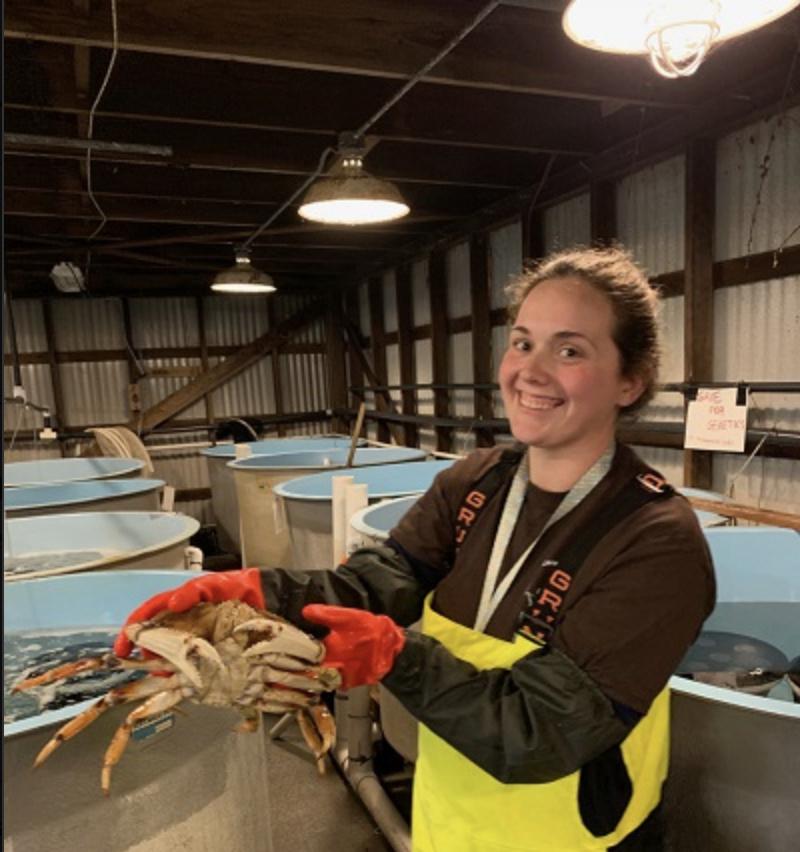 Two veterans will mark this Veterans’ Day as part of research teams at NOAA Fisheries’ Northwest Fisheries Science Center (NWFSC), one focused on the ecological response to dam removal and the other on the effects of ocean acidification on Dungeness crab and krill.

Katherine Rovinski, who served seven years in the Navy as a surface warfare officer, and Shawna Worley, an Army intelligence analyst for six years, just began NWFSC’s internship program for veterans, known as the Washington Veterans Corps Fisheries Program. The program offers veterans a foothold towards a career in marine science, while also supplementing the Science Center’s research staff.

“This is the perfect opportunity for me to learn more about the science, and what it’s like to work at NOAA,” said Worley, 33, who is working with NWFSC researcher Sarah Morley’s team tracking changes in the Elwha River system following the removal of two large dams that once blocked it. “This is exactly what I’m interested in studying and learning more about.”

NOAA Fisheries West Coast Region and the NOAA Restoration Center created the internship program in 2016 in partnership with NWFSC, Washington’s Department of Veterans Affairs and Veterans Conservation Corps. This is its third year. Barney Boyer, the first veteran to complete the program, started graduate school in fisheries last year on a full scholarship.

Rovinski, 29, said she is impressed at how widely NOAA Fisheries staff share information in all directions, avoiding silos that otherwise can form. She noted regular webinars and cross-division meetings that help employees learn more about science and the surrounding issues. “There is a lot of cross-pollination going on,” she said.

After earning a bachelor’s degree from Maine Maritime Academy and a master’s from the University of Washington, Rovinski spent last summer aboard Sound Experience’s Adventuress, a tall ship that sails the Salish Sea on educational trips for schools and other youth groups. She heard about the NWFSC’s internship program, and immediately thought, “That’s what I’m looking for.”

“I’ve known about NOAA since the first time I looked at charts,” so it didn’t need much explaining, she said.

Rovinski is working out of the Mukilteo Research Station, just across the water from Whidbey Island, where she lives. She is assisting with research looking at the effect of ocean acidification on Dungeness crab, a staple of coastal life in the Northwest, and krill, the tiny, plankton-like organisms that support much of the marine food chain including salmon, steelhead, and other key species.

One of the first challenges is keeping the krill alive in the laboratory environment. “We’re trying to recreate the conditions in the environment so they will eat,” she said.

Worley has spent the first few weeks of her internship cataloging samples collected from the Elwha River, where NWFSC scientists are documenting ecological changes following dam removal. She is particularly interested in how marine nutrients move from fish into the environment, fertilizing its productivity. 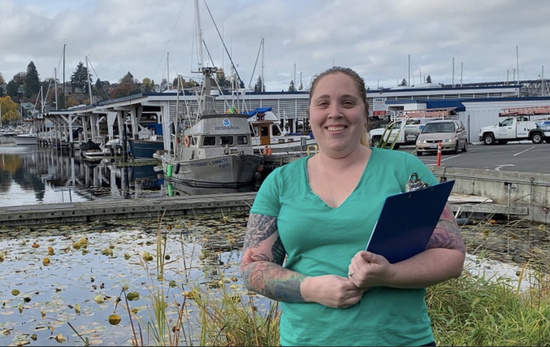 Veteran and NWFSC intern Shawna Worley has joined a team studying the ecological effects of dam removal on the Elwha River.

She is also reading everything she can on the Elwha.

“I cannot say how great it is to have someone so engaged, so dedicated, and so sharp to help support our work,” said Morley, who leads the lab at NWFSC’s Montlake campus where Worley is based. “It’s been a great fit.”

Last updated by Northwest Fisheries Science Center on May 05, 2020