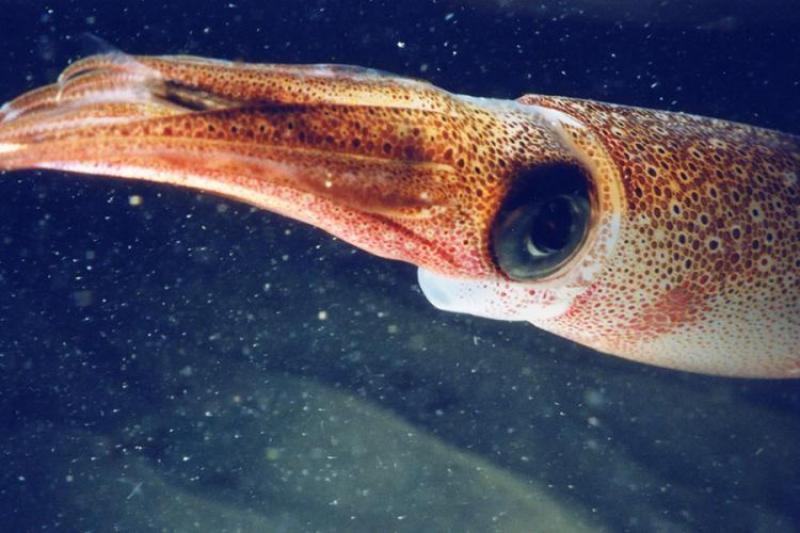 Market squid have multiplied off the West Coast over the last two decades. They have increased especially from San Francisco north into Oregon and Washington in conjunction with warmer ocean waters in recent years, new research shows.

The squid boom is opening new commercial fishing opportunities in the Northwest. Squid landings in Oregon rose from none in 2015 to nearly 5,000 metric tons worth nearly $6 million in 2020. Market squid are the largest commercial fishery by value in California, but landings in the state dropped about the time they began appearing in substantial numbers in Oregon.

“There have been increases in the survey and commercial catches to the north, but the question is whether these are temporary or if they will continue with rising ocean temperatures,” said Brandon Chasco, a fisheries scientist at NOAA Fisheries’ Northwest Fisheries Science Center based at a research station in Newport, Oregon. “The answer could be important to the shape of commercial fishing on the West Coast in the future.”

The rise of squid in the Northwest coincides with a series of marine heatwaves that has dominated the Pacific Ocean off the West Coast in the last decade. The first one emerged about 2014 and became known as “the Blob.” A Marine Heatwave Tracker developed by the NOAA Fisheries Southwest Fisheries Science Center has since documented continuing heatwaves warming the Pacific. Some research has suggested that marine heatwaves may become more common with climate change.

Chasco and other researchers from NOAA Fisheries, Oregon State University, and the University of California at Santa Cruz reported the squid shift in Marine and Coastal Fisheries today. They noted that understanding ecosystem relationships, such as the connection between warming temperatures and squid numbers, could contribute to an “early warning system.” This could help fishing communities anticipate and adapt to changes in fish populations and their locations.

Scientists have recognized that other species such as sardines, anchovy, and mackerel also respond rapidly to environmental shifts that may become more frequent with climate change.

“If we can develop models that account for these relationships, we may be able to better predict what these changes mean for species and their predators and the coastal communities that depend on them,” said Mary Hunsicker, a researcher at the same research station in Newport and coauthor of the new research.

The data used to forecast the squid density and distribution come from biological surveys led by NOAA Fisheries’ two science centers on the West Coast - the Juvenile Salmon and Ocean Ecosystem Survey (JSOES) in the north and another juvenile salmon survey in the south. The increased densities are not surprising to Oregon fishers and managers. The Oregon Department of Fish and Wildlife recently created its first regulations for commercial squid fishing in response to increased landings in recent years. In addition, it established a Market Squid Advisory Panel to provide input on squid management.

The new research recognized that “continued landings in Oregon could support a rapidly growing fishery for market squid” in the state.

Squid densities off the West Coast have risen overall in the last decade, including a four-fold increase in California. However, the new research shows they have risen by much greater margins off the Northwest coast, increasing 25 times in Oregon and 39 times in Washington.

The revealing squid research illustrates the value of long-term surveys off the West Coast as climate change affects the California Current Ecosystem in different ways, Hunsicker said. “The long-term record is what tells us that what we are seeing is new, with possibly lasting impacts on coastal communities,” she said.