Even large populations may face a high risk of extinction by the 2060s. 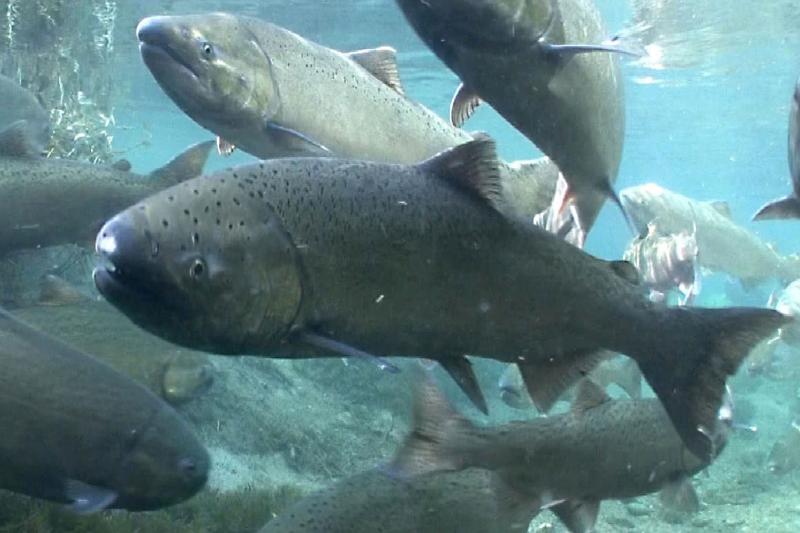 The Pacific salmon life cycle is a struggle for survival. It is likely to grow even more so for Snake River salmon populations if the ocean warms, as other previous research indicates that it will in coming decades.

NOAA Fisheries’ Northwest Fisheries Science Center is using life-cycle modeling to better understand threatened Snake River spring/summer Chinook salmon. The model projects that the species will experience starkly lower survival rates during their years in the ocean in the future compared to now. Recent years may provide a preview. Unusually warm temperatures—including a 2014-2015 marine heatwave—depressed salmon returns to many West Coast rivers, including the Snake and Columbia.

Even the largest Chinook populations in the Snake River Basin face a high risk of extinction by the 2060s, according to the research study titled “Climate Change Threatens Chinook Salmon Throughout Their Life Cycle” published this week in Communications Biology. That is particularly troubling since those are the remaining spring Chinook salmon strongholds. They have access to relatively pristine freshwater habitat that provides a reservoir of resilience for the species. 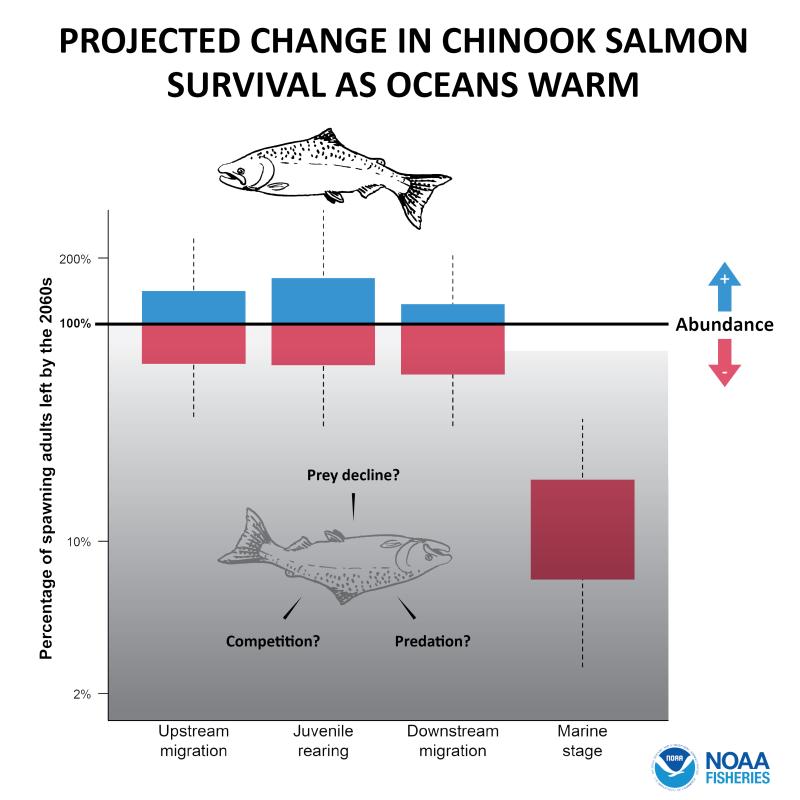 Only dramatic increases in the number or survival of juvenile salmon could buffer the likely impacts of climate change, the scientists concluded. While the findings are unsettling, they can help focus conservation efforts to improve the odds for the Columbia Basin’s 13 salmon and steelhead stocks listed under the Endangered Species Act.

“This does not mean it is game over for salmon,” said Lisa Crozier, a research biologist and lead author of the research. “It means that we need to look very closely at the options we have to conserve them, so they make it into the future.”

The options include restoring lost and damaged habitat throughout the Columbia River Basin. Modeling has found existing habitat cannot support as many juvenile salmon as it once did. Improving the habitat could increase productivity by supporting more juvenile fish as they feed and grow in streams before migrating to the ocean.

Larger and stronger fish better survive the ocean, so habitat restoration that improves growth can improve their odds. The scientists emphasized the need to understand better the role of competitors, predators, and prey in marine salmon survival and whether management options could help improve salmon prospects. There may also be linkages between estuary restoration and initial growth rates in the ocean that could improve survival. 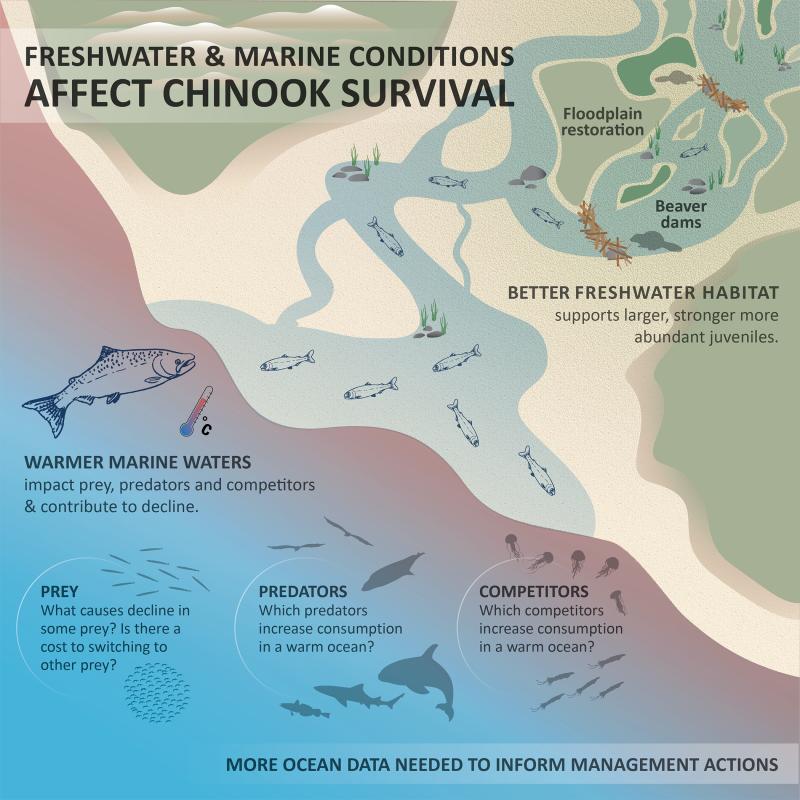 “The urgency is greater than ever to identify successful solutions at a large scale and implement known methods for improving survival,” the scientists wrote. “Throughout salmon watersheds, improving and expanding access to rearing habitat should increase smolt abundance and body condition, resulting in improved population viability.”

The scientists said, “Management actions that open new quality salmon habitat, improve productivity within the existing habitat, or reduce mortality through direct or indirect effects in the ocean are desperately needed.”

They recognized that actions to benefit salmon could also hold hope for the region’s culture and economy. “We can find new ways to improve salmon habitats while maintaining other benefits for people, like reconnecting floodplains with rivers and natural marshes to recharge aquifers and mitigate flooding, storm surge, and channel erosion,” the report said.

Drawing on Years of Data

Scientists based the life-cycle models on years of tracking salmon and steelhead through hydroelectric dams on the Columbia and Snake rivers. They also tracked their years in the ocean, adult returns, and fry to smolt survival, among other factors. The models provided information for the development of a biological opinion examining the impacts of the dams on fish protected under the Endangered Species Act.

“This is telling us that it’s going to become increasingly difficult for these species to make it back to the rivers,” said Richard Zabel, director of the center’s Fish Ecology Division and a co-author of the new research. “While salmon have proven themselves to be adaptable over time, we don’t know how they may respond to this relatively rapid change.”

The findings add to earlier research on Pacific salmon’s outlook regarding climate change, including a Climate Vulnerability Assessment published last year. The results assume that the eastern Pacific Ocean will warm in response to rising greenhouse gases, as projected in all 26 global climate models used in the IPCC 5th Assessment. NOAA’s Climate Change portal visualizes these projections. The results could change if ecosystems shift into an unpredictable new state that turns out to be more favorable than expected for salmon.

Researchers have long recognized the great influence of the ocean on salmon population dynamics and the number of salmon that survive to return to rivers as adults to spawn. The new findings underscore that point, with the ocean’s rising heat content pushing up sea surface temperatures closely correlated with increased salmon mortality.